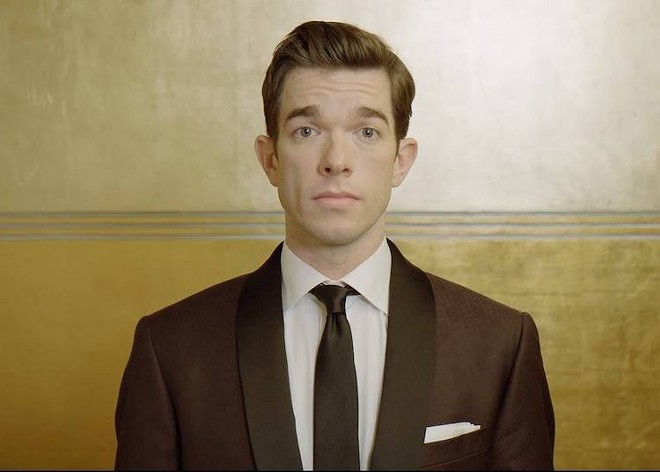 Photo courtesy John Mulaney/Facebook
Though Pete Davidson infamously threatened to warn other comedians not to play UCF's Addition Financial Arena in 2019, comedian John Mulaney has decided to throw caution to the wind and headline the arena in May.

Mulaney is coming to the Addition Financial Arena in Orlando next year as part of his just-announced “From Scratch Tour” on Thursday, May 12. The tour kicks off in March at Wilkes-Barre and includes other Florida shows at Hollywood's Hard Rock Live (two nights) and Tampa's MidFlorida Credit Union Amphitheatre.

These 2022 dates are an extension of Mulaney's ongoing 2021 "From Scratch" live dates. Mulaney reportedly gets pretty personal during these shows, talking openly about his time in rehab last last year for cocaine and alcohol abuse and his divorce from wife earlier this year.

Tickets go on sale this Friday, Dec. 10 at 10 a.m. Tickets will be available through Ticketmaster.

Be warned, amateur shutterbugs, the event is billed as "phone-free." Upon entering you'll placed your phone into a Yondr pouch that will be unsealed at the end of the night — though you can keep the pouched phone on your person. That sounds like a bit of a logistical challenge, but whatever.