Nominees include Johnny and Jimmy Tung, as well as Kabooki Sushi's Henry Moso 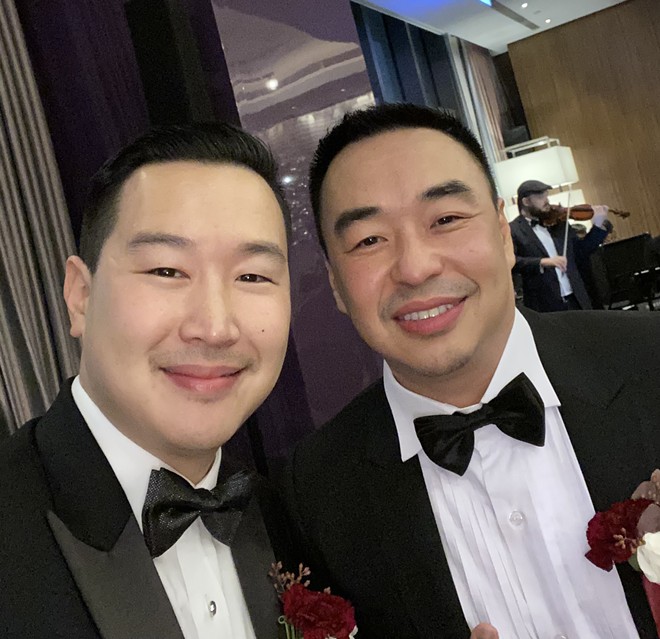 Johnny and Jimmy Tung, the brothers who pushed Central Florida's restaurant scene into the national spotlight, are getting some national attention themselves.

Today, the James Beard Foundation announced the semifinalists for its chef and restaurant categories and bestowed the pair with an Outstanding Restaurateur nomination, a feat accomplished last year by Jason and Sue Chin.

The Tungs, who built a burgeoning empire on the back of fast-casual regional chain Bento Asian Kitchen + Sushi, have been instrumental in diversifying the city's culinary landscape with everything from yakitori/kushiyaki joints to dochi donut shops to high-end omakase concepts and standing sushi bars. The chefs they've nurtured, supported and backed over the years have earned plenty of recognition and, in the case of Mark Berdin and Jennifer Banagale-Berdin from Kadence, Michael Collantes from Soseki and Sonny Nguyen from Domu/Tori Tori, Michelin stars and Bib Gourmands. This year, the Tungs will open no less than four new concepts — Camille and Sorekara in Baldwin Park; the Foreigner in Audubon Park; Bang Bang Noodle Co. by Top Chef Season 3 winner Hung Huynh in Mills 50; and Kosen by former Masa chef Wei Chen in Tampa.

"Receiving a nomination for a James Beard Award has always been a dream of ours," says Johnny Tung. "We've been working so hard for many years to elevate Orlando's culinary scene by partnering with talented local chefs and it's surreal that we are able to be recognized for something we are so passionate about."

"This is truly an honor," says Jimmy Tung. "We are incredibly humbled to be recognized next to these amazing pioneers in the industry. Without our hardworking team and supportive community, this would not be possible."

"I feel honored to be nominated for the third time," says Moso. "It's just further motivation for me to keep going, to work hard and to develop new concepts." 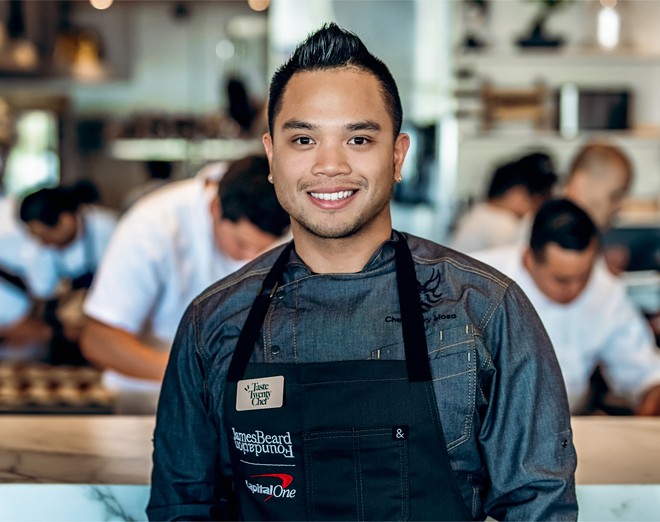 Making it onto the long list of semifinalists has been a regular occurrence for Orlando and Central Florida chefs, though none have ever made it to the short list of finalists. But procedural changes that were implemented last year could change the fortunes of Orlando-area chefs.

Subcommittee members and judges of the Restaurant and Chef Awards voting body — comprised of food and beverage writers, critics, editors, book authors, media producers, food studies scholars and culinary instructors — will anonymously visit the nominated restaurants in their region and score each semifinalist on a number of criteria. The semifinalists with the highest average score will be announced as finalists on March 29. 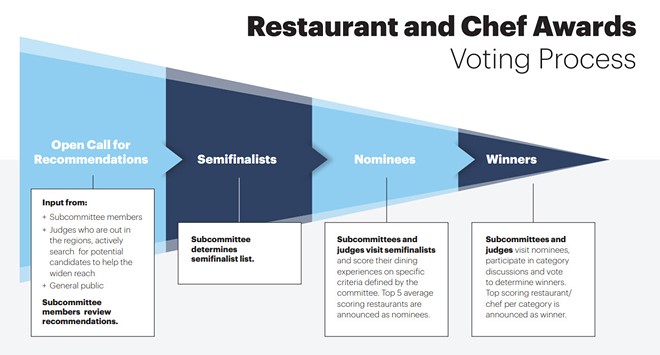 Judges and subcommittee members will then dine at the restaurants of the finalists, participate in committee-led discussions regarding their dining experiences, then vote for winners based on a number of criteria. The top scoring nominee per category is announced as the winner. Click here for more information on the voting process.

Winners will be announced at an awards ceremony in Chicago on June 5.