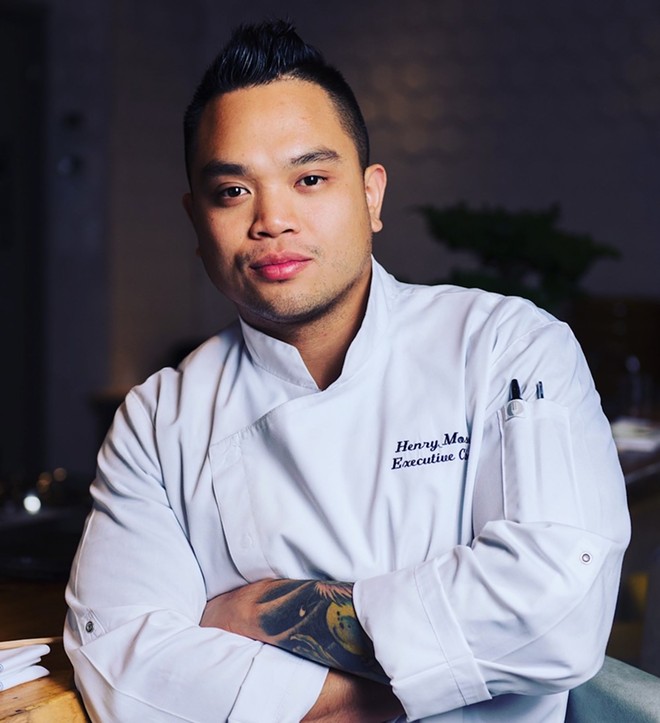 He opened Kabooki Sushi Sand Lake, a Top Table of 2019, back in May then announced an expansion of the original Kabooki Sushi on East Colonial Drive just last week.

Today, he just earned himself a James Beard Foundation Award nomination for Rising Star Chef of the Year.

Moso was nominated for the award along with 30 other semifinalists from around the country.

Not bad for the 29-year-old who got his start working for his parents' UCF-area restaurant Bangkok Square at the age of 16.

The Rising Star Chef of the Year is presented to a culinarian "age 30 or younger who displays and impressive talent and who is likely to make a significant impact on the industry in years to come."


Moso was the only Orlando-area chef to receive a James Beard Foundation Award nomination this year, but it marks the first time a local chef has been nominated in the Rising Star Chef of the Year category.

In previous years, local chefs had only been nominated in the "Best Chef: South" category.

Making it onto the semifinalist ballot has been a regular occurrence for Central Florida chefs, but none have ever made it to the short list of finalists.

A Restaurant and Chef Awards Committee comprised of industry authorities including chefs, restaurateurs, food writers, critics and previous award winners produces the list of semifinalists after which the ballot is distributed online to a larger voting body who whittle the list down to five finalists per category.

To get on that short list, Central Florida chefs need the votes of this electoral college.

The trick, of course, is to get these members (who are based all over the country) to eat at their restaurant, a proposition that's proven difficult for previous Orlando-area semifinalists.

National press and exposure can certainly help, and the fact Central Florida nominees have been recognized in national categories the past couple of years can be construed as a positive sign.

But as one insider says, "Orlando and Miami both suffer from the same food PR problem — our tourism boards are much more concerned with bringing vacationers to hotels and Disney than to promote our indie restaurants. Chicago, Philly, even Houston have a much better handle on how to bring outside media and traveling foodies to their restaurants."

I may not be a part of the food PR machine but, at the very least, I sure as hell can do my part.

Hear ye! Hear ye! All ye scribes of edibles and judges of great import! Let it be known of the arrival of one Henry Moso — a maestro of comestibles so savorous and sublime; so enticing and exalted that ye shall holler WHOA! and DAAAAMN! on devouring his eats of ethereal esteem.
James Beard Foundation Award finalists will be announced March 25.