The show is vastly improved, but operational issues have taken a big step backward 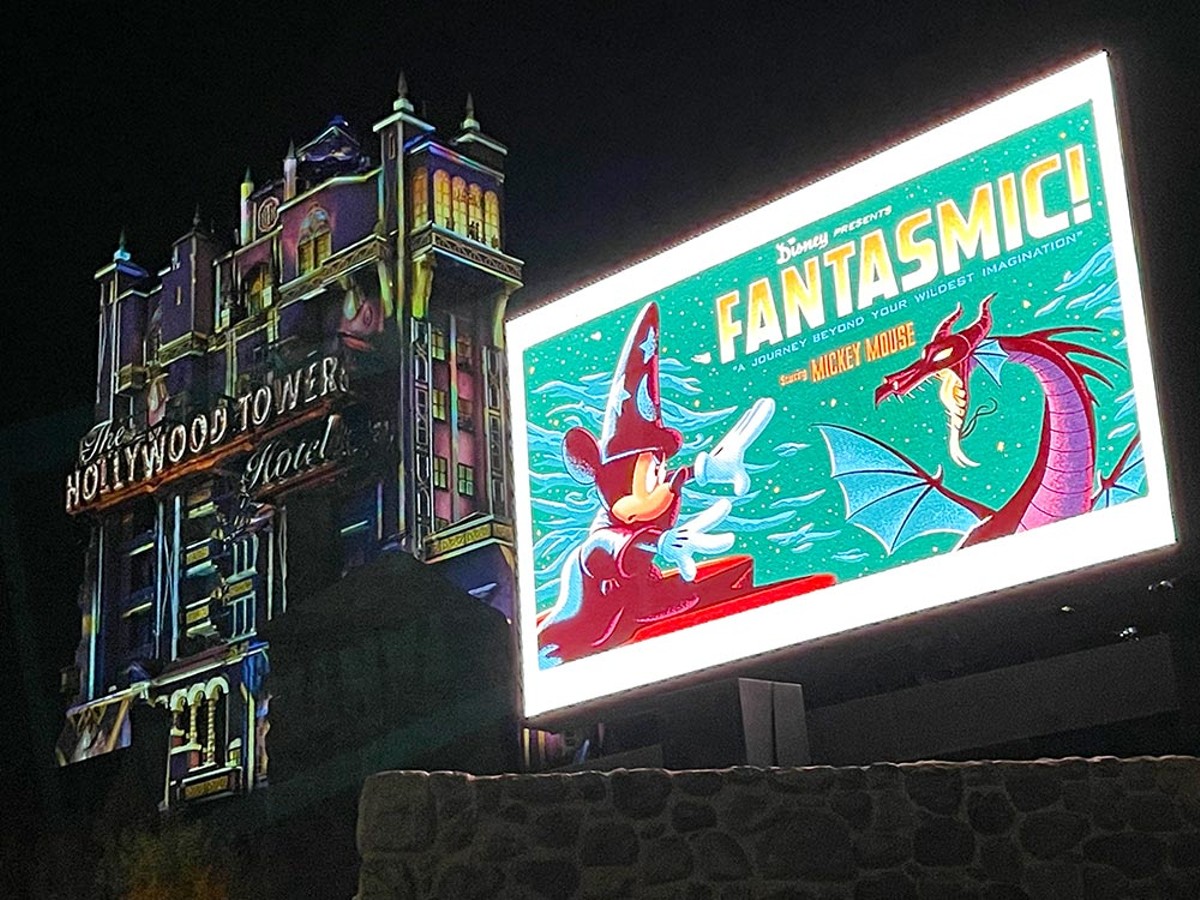 For the past two and a half years, we've been closely watching the slow recovery of live entertainment at Walt Disney World, as shows that were shuttered due to social distancing lagged behind the theme parks' rides in reopening. I'm happy to report that one of Disney's last large-scale productions finally resumed performances earlier this month for the first time since 2020, bringing with it a host of long-awaited enhancements — not to mention hours for its actors.

But while the revival of Fantasmic! at Disney's Hollywood Studios was definitely welcome news, what I observed during its public reopening proved that pandemic hangovers are continuing to dampen the magic.

In case you're unfamiliar with Fantasmic!, this mixed-media nighttime spectacular starring Sorcerer Mickey has been running at the former Disney/MGM Studios since 1998, and is based on the original show that debuted in Disneyland six years earlier. Anaheim's version is performed on and around Tom Sawyer Island in Frontierland, with standing-room audiences watching from the shoreline around Frontierland's Rivers of America. For Orlando's incarnation, a custom amphitheater was created with 7,000-plus bleacher seats surrounding a mountainous island, trading some of the West Coast's wonder for comfier viewing.

Unfortunately, Florida's Fantasmic! felt subpar compared to its Californian cousin. Disneyland's version has enjoyed upgrades over the decades, unlike WDW's. The show's middle section was particularly problematic, with an awkwardly paced sequence re-enacting scenes from Pocahontas that was already dated at the turn of the millennium (instead of the thrilling pirate battle staged atop Disneyland's Sailing Ship Columbia). Although it still packed in capacity crowds on a regular basis, Fantasmic! was overdue for a refresh, and the news that it would finally return on Nov. 3 with new scenes and effects was celebrated by fans.

The good news is that the refurbished Fantasmic! looks and sounds fantastic, thanks to state-of-the-art lighting and audio equipment that makes the mist projection screens and dialogue far sharper and clearer than before. Pocahontas still makes a musical cameo, but her section is now divided up into a montage of stunts and songs — featuring Aladdin's acrobatics, Mulan's martial arts and Elsa's icy emoting — that moves along much better. The highlight of this new act — and maybe the entire show — is the moment when Moana walks on water while belting Lin-Manuel Miranda lyrics. The underwater walkway which makes this electrifying effect possible was apparently originally intended for Mickey, but former CEO Michael Eisner reportedly axed it because of the religious connotations.

Although vastly improved on many levels, the new Fantasmic! isn't quite as flawless as I'd hoped. A projected sequence of floating bubbles near the start remains snooze-inducing despite the addition of newer characters, and Florida's skeletal dragon puppet still pales in comparison to "Murphy," the fully fleshed-out Maleficent animatronic in Anaheim's finale. (And don't get me started on the dinky steamboat that substitutes here for Disneyland's Mark Twain.) Even so, while I'd still rather watch the West Coast version, Orlando's Fantasmic! has finally closed the quality gap and become a worthy companion to its elder sibling.

The bad news is that while the show itself is much better than it was before, the experience of attending it — at least based on my reopening night observations — has taken a big step backward. The cast members at Disneyland seem to have the art of crowd control down to a science, efficiently managing thousands of viewers amid operating attractions. On the other hand, despite having a dedicated stadium with ample queueing space, watching WDW's Fantasmic! has always involved investing more time and effort than seemed necessary.

Thanks to Disney's loss of institutional knowledge during the pandemic layoffs and ongoing staffing shortages, operational issues have become increasingly apparent in the parks, and that was never more obvious than on Nov. 3. After the previous evening's preview for media and employees was rained out mid-performance, I fully expected to see a sizable crowd form for the 8 p.m. performance by mid-afternoon; the only people who seemed surprised by the disorganized throng were the overwhelmed cast members, who imparted vague or contradictory information, and whose efforts to disperse the anxious audience were largely ignored.

Seeing such chaos more than three hours before the early performance was scheduled to begin, I bailed entirely on the first showing and paid a visit to Batuu instead, before joining the queue for the 9:30 p.m. performance about an hour before showtime. By that time, the line stretched all the way down Sunset to Hollywood Boulevard — which at least allowed me to watch the evening projection show while waiting. Although the mob was mostly organized, there was minimal communication, even when we failed to begin moving into the theater until 10 minutes before curtain. In the end, the show started 20 minutes late, which meant it was well past 10:30 p.m. when tired families were finally trudging their toddlers out through the closed park's turnstiles.

I expect these reopening day difficulties will diminish as pent-up demand from die-hard fans dissipates, and I still recommend attending the later performance (or reserving a table service dining package) in order to enjoy Fantasmic! with the least frustration. But my abiding impression from the show's anticipated revival was that Disney needs fewer walkie-talkie-wielding managers whispering among themselves, and more front-line workers who are empowered to actually assist guests.