Reverend Horton Heat puts the hootenanny back in Orlando Christmas 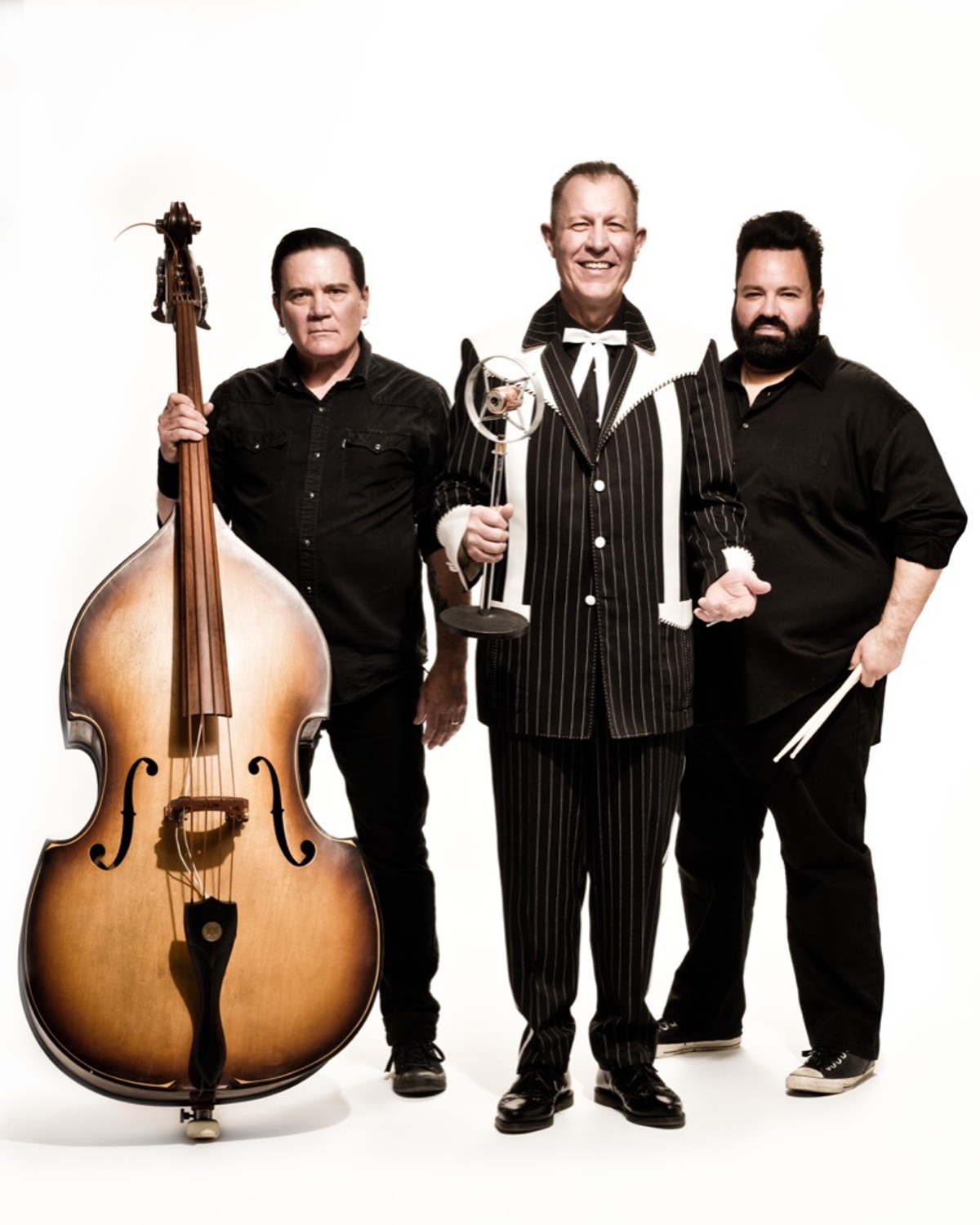 Punch "Christmas music is ..." into your web browser of choice and prepare for the algorithm-assisted onslaught:

"Christmas music is good for you."

"Christmas music is bad for your mental health."

As Meat Loaf is fond of saying, two out of three ain't bad – if you're a Christmas music pessimist. But Jim Heath, frontman and founder of Reverend Horton Heat, is decidedly not a pessimist when it comes to carrying on the tradition of mid-century mistletoe gems. From "Frosty the Snowman" to "Santa Claus Is Coming to Town" to "What Child Is This," Heath and his backing band have spent 15 years spiking the Christmas punch with rockabilly, blues and Western swing flourishes.

For the 2019 Holiday Hayride, Blasters co-founder Dave Alvin is a featured guest, alongside ska visionaries Voodoo Glow Skulls, garage punks New Bomb Turks and Japanese surf specialists the 5.6.7.8's. "These are all established bands that sell tickets wherever they go," Heath tells Orlando Weekly, "which makes the whole tour better."

Backing up Dave Alvin, however, is what Heath calls "a dream come true," citing the Blasters as a major influence on his own career. "Dave and Phil Alvin and the Blasters were one of the main bands to bring back rockabilly," Heath says. "Those guys know their history and their music; they're accomplished blues players. But when I saw them for the first time at the Hot Klub, which was the Dallas punk club, it was more like a punk rock show than a blues show. It was high energy rock & roll!"

That reverence comes across loud and clear in Heath's approach to Christmas music, as well. Every Holiday Hayride show starts with a reinterpretation of "Santa Claus Is Coming to Town" channeled through the classic Batman theme and runs through revved-up versions of other deep Christmas gems like "Pretty Paper" and "Santa Looked a Lot Like Daddy."

Learning these classics – many of which were penned by songwriting legends like Buck Owens and Haven Gillespie – isn't easy, Heath emphasizes. "Christmas songs are a lot harder than you might imagine! 'Frosty the Snowman' has so many pages of lyrics, along with a lot of what we call 6-2-5-1 turnarounds. That midcentury kind of Americana, when so many bands, artists and orchestras were able to make recordings and sell them to the public, will live forever."

Heath admits he's not as hell-bent on spinning yuletide tunes through a devilish Texas-fried filter as people think he is. "I was raised in a traditional family where Christmas was a big deal every year, so that's the way I try to make it for my children, as well," he says. "I don't fall into all the Christmas schtick; we barely put up any lights, but we get together for a traditional family dinner."

However, Heath and his right-hand men who help him plan the Holiday Hayride have fallen into the oldest American shopping cliché: buying Christmas decorations in October. "That's not something I ever would have thought I'd be doing," he laughs. "But now we have to find a road-worthy way of transporting all this stuff I buy at Hobby Lobby."

If it seems like an improbably mainstream habit for one of American music's most hell-raising rebels, well, Heath's OK with that. And Heath is also OK with turning his attention to his new label Fun-Guy Records after the Holiday Hayride wraps up in Orlando. ("Will it be in the 70s by then?" Heath asks while audibly shivering on the other end of the line in Toronto. "It's cold and blustery here – 28 degrees.")

An EP by California cult favorite Jimmy Dale and a 7-inch single by New York young gun McKinley James are on deck for a 2020 release. "I love what I do, and I'm motivated to keep doing it," Heath finishes in his trademark Texas drawl. "The thought is, 'If we quit, it'll all go away.' So we keep on working."

– This story appears in the Dec. 18, 2019, print issue of Orlando Weekly. Stay on top of Central Florida news and views with our weekly Headlines newsletter.