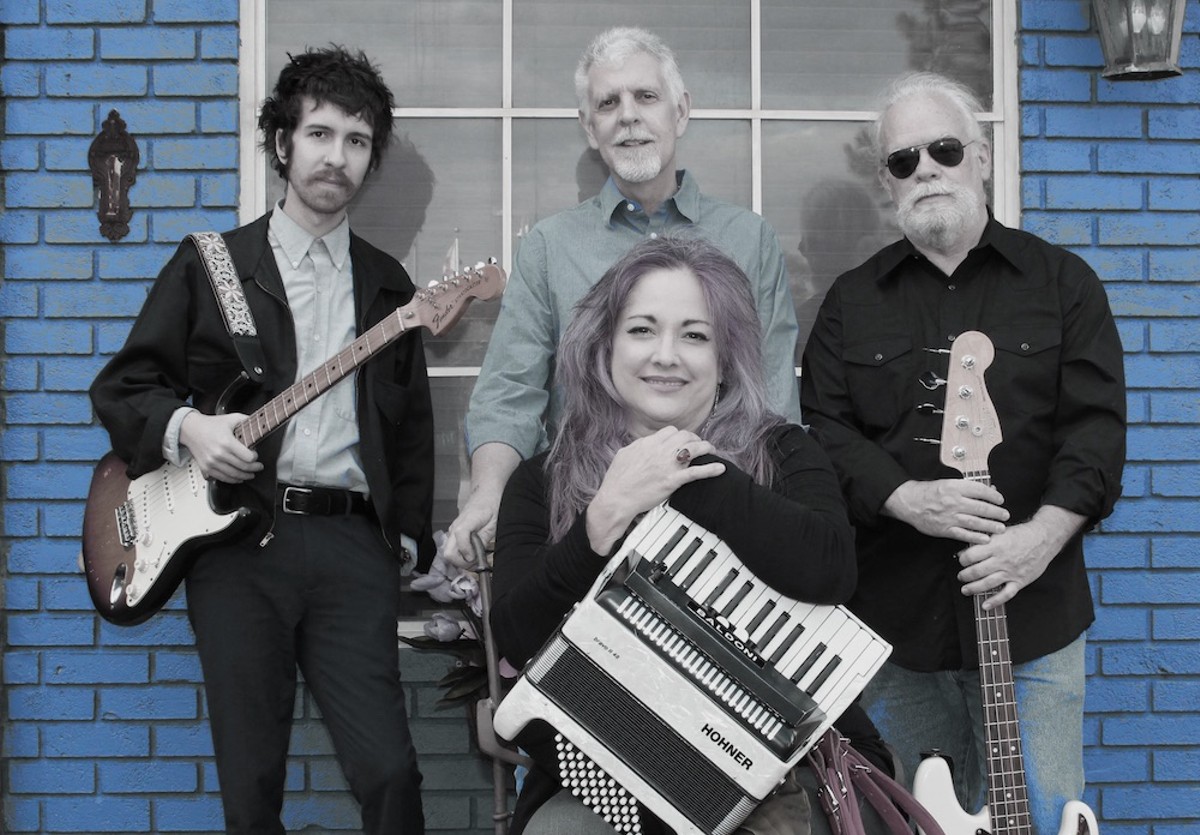 If you go out, respect everyone's distance, for all our sakes.

Beth McKee & Her Funky Time Band: Whether it's raising money for Second Harvest Food Bank or being the tide that lifts all boats in her work leading the Swamp Sistas network of women artists, Orlando mover and musician Beth McKee is seemingly omnipresent on the scene boosting the artists and causes around her. But the next edition of the pandemic-minded, locally focused Front Porch Series outside at the Plaza Live will be a prime, full-band opportunity for the focus to be on her own seasoned Southern music. (6 p.m. Thursday, March 25, Plaza Live, $15 general admission or $80 table for up to four)

Don Soledad, Shankh Lahiri and Kanada Narahari: Even if you've never thought about what a Venn diagram between the musical traditions of India and Spain might look like, the mere idea promises an intriguing and heady intersection. Well, accomplished, Florida-based artists Don Soledad (flamenco guitar), Shankh Lahiri (tabla) and Kanada Narahari (sitar) have thought about it a lot, and they will show how much these rhythmic styles can dovetail in a presentation this week titled "Parallels." Across solo, duo and trio performances, the evening will explore the musical forms through the lenses of both tradition and fusion. As for health and safety: Besides a new UV system in their HVAC, Blue Bamboo's shows are still kept at 25 percent capacity with distanced tables and mask requirement. (8 p.m. Friday, March 26, Blue Bamboo Center for the Arts, $25)

Blue Streak Mamas: Equal parts grit and butter, Orlando band Blue Streak Mamas specialize in the kind of burning rock & roll that's hot-greased in soul. To add even more flavor to the night, they'll be joined by DaFew and DJ Rome of the "Sound of Orlando Show" to give the affair some extra swag of the hip-hop variety. Shows at Will's Pub are still limited capacity, masked, seated and distanced events. (8 p.m. Saturday, March 27, Will's Pub, $10 advance or $15 day of show)

Southern Fried Sunday 15-year anniversary: You know what they say about keeping a good woman down. Well, more than a year since its last live-audience concert, Orlando promoter and shaker Jessica Pawli is back with Southern Fried Sunday to celebrate an impressive milestone anniversary. Returning in grand but mindful form, SFS's relaunch this weekend is the first of a four-show spring series happening at fresh new Mills 50 pop-up venue Carlotta's Culture Park in partnership with Bungalower. These SFS events will all be outdoors, limited capacity, masked and distanced, with tables also available. Featured lineup for this first one includes Hannah Harber & the Lionhearts, Indiana's Nick Dittmeier & the Sawdusters, Dani Marie, and the debut of local Allman Brothers tribute act Steeln' Peaches. It's a welcome return for one of the city's most beloved music traditions. As with most SFS shows, the fun starts early. Afterward, the party moves over to Will's Pub. (3 p.m. Sunday, March 28, Carlotta's Culture Park, $15 advance, $20 day of show, VIP tables up to four people at $40 each)