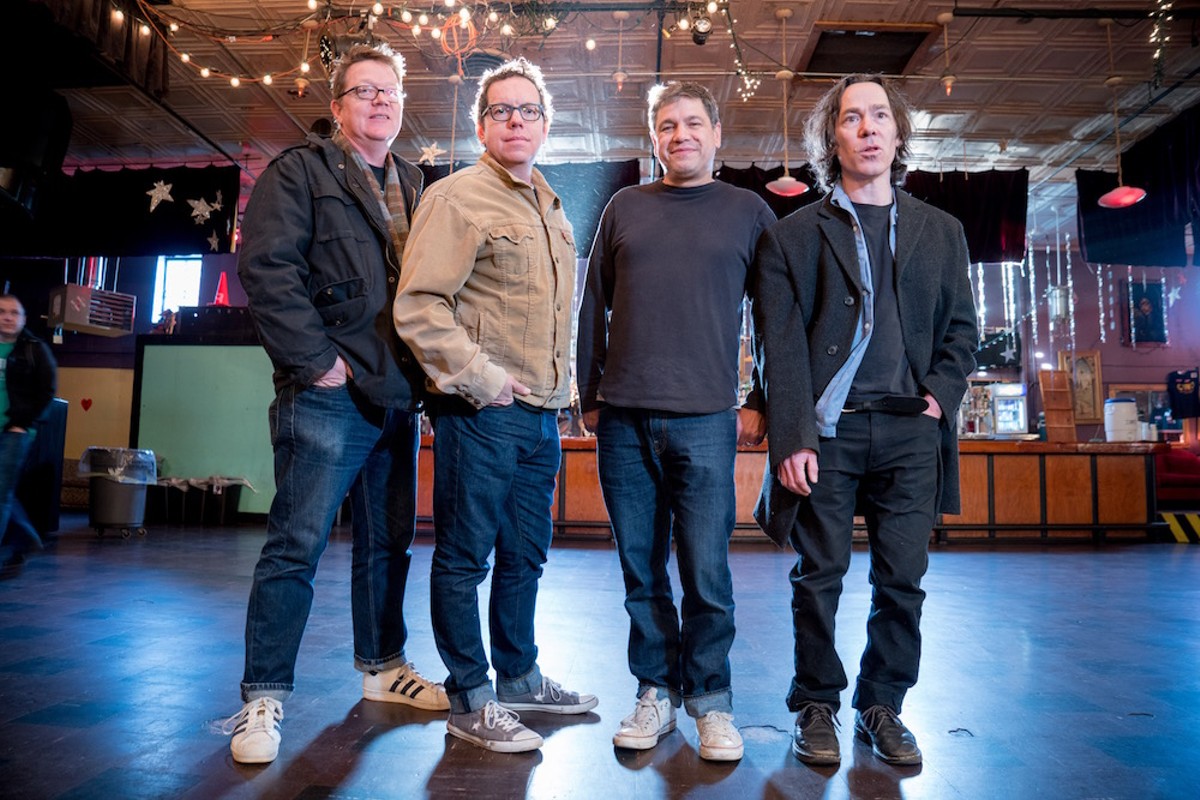 Athens, Georgia, indie heroes Five Eight are a band who discovered that there's more freedom in the underground, and have stuck it out there since the early '90s, beloved of those with discerning ears. One of those fans was the much-missed local writer and activist Billy Manes, who championed them ceaselessly. This Friday, Five Eight make an Orlando comeback to play a tribute show to Manes, and Five Eight singer-guitarist Mike Mantione talked to us about Manes, their new music, and the importance of disregarding the need for work/life balance.

Orlando Weekly: There's some significance to this Orlando show.

Mike Mantione: Billy was a huge fan of the band and I had gotten to know him personally over the years. He had sent me a manuscript of something he was working on and it was pretty intense. ... We never got the chance to hook up after that. I know that a person like that, when they go in full stride, it's always a shock – someone who had so much to give and who really goes beyond activism. Activism implies something, and he was beyond that. And I thought he was a really important person and a beautiful person too.

When we would play at Will's Pub ... we're not a big band. We're an indie cult band. And he would come up and give me a killer bear hug and he was just so super supportive of what I was doing. The Five Eight thing is a confessional thing, it's not about typical rock & roll stuff, it's about mental health and recovery through musical transformation and I think he got that. So we were kind of brothers in that sense.

So you have both a new album and a documentary in progress – would you talk a little bit about both? Was it surreal at all to be juggling the past and the future?

Well, luckily, the documentary I have zero to do with. It has its own legs. Marc Pilvinsky – who's done some incredible music videos – approached us to do a documentary about the band. I don't know that I'll ever watch it ... I don't even like to watch videos of myself playing anymore, because in my mind I'm 20, but evidently in reality I'm not 20 years old, which is a little disconcerting to me!

The new double album, Songs for St. Jude, is awesome. It's me and Sean co-writing every song. This album is about lost causes.

Most of the folks that are written about, there're some pretty horrendous stories behind them. For some reason, to me though, it's very uplifting. I don't know why. I think it's a very positive record. In the face of trauma and death and murder and suicide it seems that St. Jude looms large ... and once again through the transformative power of music, what would be not a great day for a real estate agent turns into a stunning guitar solo.

It's difficult to pigeonhole our band because we don't settle on a genre of music. ... I think about the Replacements a lot. The Replacements and Five Eight always had a lot in common. We would move from punk rock to country music to anthems and do all of them equally badly!

How do you balance real life and music?

The key to balance is to say, "Forget balance, don't even bother!" Forget it, just stay up late, don't get enough sleep, give everything you have while you're doing it 1,000 percent and you'll be fine. What's the problem?

You can have balance, I'm going to be balancing from one thing to the other and basically grabbing on to it and strangling it to death. That's the only way to go. I get the idea that Billy had that kind of balance. Those are the kind of people that I gravitate toward. If you want balance, don't join Five Eight.