Photo via Disney
Disney's parks are loosening their rules around their employee's appearance. The company announced on Tuesday that they would back off some of their long-standing rules around cast member appearance to allow "appropriate" visible tattoos, jewelry and nails with polish.

While your "Ass, grass or FastPass" tattoo might have to stay under wraps, Disney execs claim that the more stringent rules around adornments and hairstyles are being phased out.

Disney Parks Chairman Josh D'Amaro announced the changes in a post to the company's blog. Amaro painted the move as one part of a broader push to create a more inclusive Disney park.

"Our new approach provides greater flexibility with respect to forms of personal expression surrounding gender-inclusive hairstyles, jewelry, nail styles, and costume choices; and allowing appropriate visible tattoos," he wrote. "Moving forward, we believe our cast, who are at the center of the magic that lives in all our experiences, can provide the best of Disney’s legendary guest service when they have more options for personal expression."

In addition to the cast member changes, the park itself is updating old rides like the Jungle Cruise to remove offensive stereotypes. It's also building new rides around Disney characters from different backgrounds than their traditional lily white characters, with plans for Princess Tiana and Moana-themed attractions. 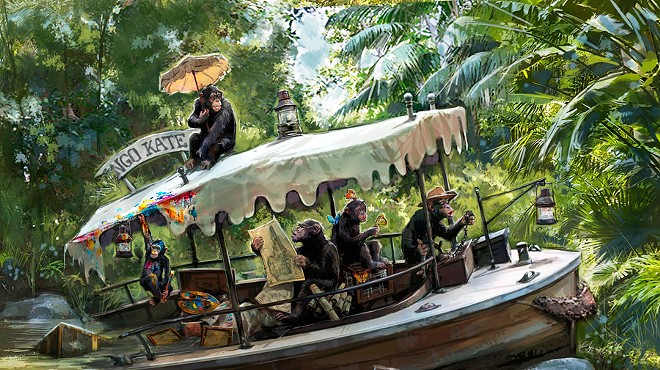 Disney hints at how they plan to update Jungle Cruise ride


"The world is changing, and we will change with it, and continue to be a source of joy and inspiration for all the world," D'Amaro wrote. "We’ll never stop working to make sure that Disney is a welcoming place for all. I’m excited about where we’re headed, and we’ll have more to share soon. Thank you for joining us on this journey."