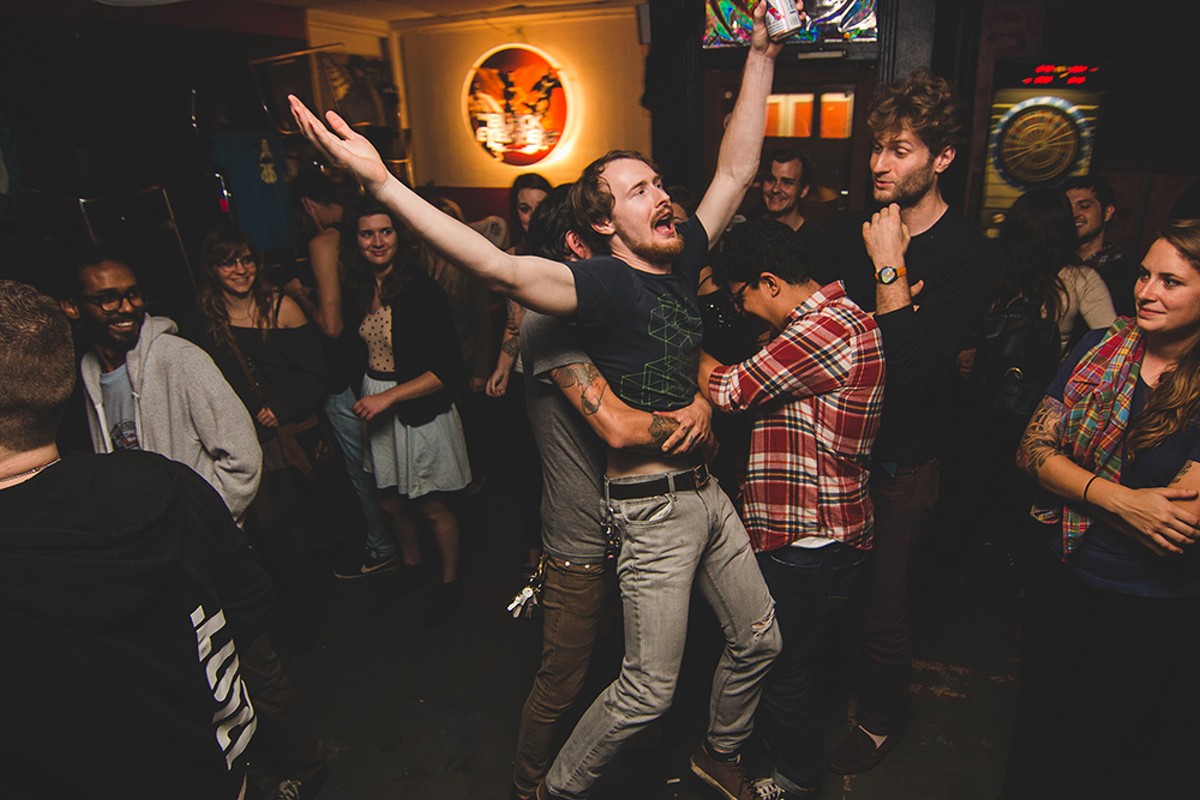 In a conversation with Orlando Weekly earlier this year, veteran local musician Eugene Snowden said that Orlando was increasingly gaining a reputation as a music town, a place where musicians can take chances and the audiences will come. The evolution he is suggesting is emblematic of a larger shift within the Orlando club and live music scene; the city is in the middle of a purple patch of creativity and enthusiasm for it. People want to go out and experience culture directly and communally. Be it live music on a local and national scale, scene supporting, checking out a once-in-a-lifetime performance from a big band, listening and dancing along to a DJ taking you on a sonic journey, or just dressing up and going out to a club, Orlando has endless opportunities for nightlife and misadventure.

Justin Bieber, Selena Gomez and Stevie Nicks have all made the Amway a tour stop – this big league arena also is home to the Magic and the Solar Bears, only a few steps from downtown.

The downtown concert venue provides a much-needed home for larger-scale shows in the center of the city – think Sleep, Run the Jewels or Dinosaur Jr. The open floor provides multiple pathways to edge your way up to the front, though good luck navigating tightly packed crowds.

Backbooth pulls off the deft balancing act of hosting late-night dance affairs like Floorplay and Midnight Mass alongside earlier, all-ages-friendly shows with everyone from Mitski to straight-edge pioneers Judge.

Blue Bamboo Center for the Arts

The expanded and renovated Copper Rocket may look and feel new but the commitment to providing a stage for local up-and-comers remains the same; Tears of a Tyrant, Drew Yardis, Gary Lazer Eyes and Melissa Crespo have all graced the stage.

Venture deep into the heart of Universal's CityWalk entertainment complex for entertainment that straddles mainstream (the 1975), nostalgic (Bryan Ferry) and outside-the-lines (Slayer) all at once.

The musical menu on offer at this roomy Winter Park club is loud, heavy, metal and that's pretty much it. A perfect landing spot for distortion fanatics that're a little too big to play the likes of Lou's. Top-shelf sound and lights, too.

Shows may start on the early side, but that's really the only overt sign that this concert venue is nestled in the Disney Springs adult playground. Expect to see anything from the Roots to the Flaming Lips. The sightlines and sound system are recommended.

Usually known for more DJ-oriented dance nights – house legends and upstarts have held court, along with vaporwave and other outsider sounds – this Milk District venue provides a home for the more adventurous and underground end of the local music spectrum.

Mainstay downtown venue is the very definition of "intimate"; most nights this small room is packed to the gills with the devoted, straining to get as close as possible to their favorite touring artist.

This Audubon Park eatery/bar also plays host to a wide array of leftfield music events – recently taking in everything from hardcore punk to techno-industrial to meditative electronics.

Premiere smoky downstairs dive whose more open booking policy provides an entrée point for locals to downtown. The likes of the Mellow Relics and Timothy Eerie have held unofficial residencies there.

A truly unique live music experience. Tucked away in an unassuming South Orlando neighborhoods, the White House (for it is indeed a house) offers incredible natural acoustics, a near cathedral-like setting and an adventurous event slate.

For better or for whatever, there is nowhere else like Uncle Lou's in the City Beautiful. A close-quarters, gritty staging area for DIY music both local and national, where (almost) anything goes.

The Will's/Lil' Indies compound is an essential component of both local scene-building and providing a stage to touring acts of all adventurous stripes. The event calendar reads like a genre collage, and that's a very good thing.

This no-cover complex of bars and clubs tucked away within the Universal Studios sprawl offers plenty of opportunity for a little more grownup-oriented fun outside of the province of Harry Potter at Rising Star, the Groove, the Red Coconut Club and more.

The lushly renovated, 10-bar, dual-dancefloor nightclub Gilt is a significant upgrade from a previous incarnation as the Roxy, so put on your essential attire and check out DJs from Ookay to DJ Icey.

Downtown's I-Bar is the destination of choice for those who want a little something more indie from their nightclub adventures. Do not worry, though, the dancefloor is spacious and multiple bars will melt away hesitations to dance on said floors.

This two-level downtown superclub knows the devil is in the details, boasting three bars and seven private cabanas, but the focus in on a dancefloor soundtracked by a rotating cast of local and touring DJs.

Peek Downtown dispenses with over-the-top glitz and glam to focus on an event slate of deep-cut DJ and dance nights. Techno and house rule the day ... or night.

Two-story, five-bar megaclub downtown that gives you glamorous license to dress up and get wild on any number of DJ/dance nights. Bottle service too, you say?

Vain operates under the maxim that bigger is indeed better, sprawling out over a massive three levels, with a packed calendar of dance events and celebrity guest dates including, recently, Waka Flocka Flame.

Under new ownership, and having gotten a dramatic facelift, Venue 578 keeps their booking focused on superstar DJs from around the world, EDM wunderkinds and hip-hop firebrands.

This newish beer and wine spot in the North Quarter brings classy decor and an all-vinyl DJ regimen to the neighborhoods; event bookings have expanded to include literary readings and art events beside the requisite DJ nights and guest appearances.

Seven clubs congregate on one entire block of prime downtown real estate given over to the Wall Street complex, a nightly magnet for anybody ready for some drinking and mingling. Weekends are madness.