Photo via Disney
A Walt Disney Co. heir publicly came out as transgender in an interview with the Los Angeles Times on Thursday, and used the moment to speak out against Florida's recently passed "Don't Say Gay" law.

Charlee Corra, a 30-year-old high school biology and environmental science teacher and Disney heir, has been openly trans among their family for several years. However,  they made that knowledge public after a Human Rights Campaign gala last month. Corra told the nation's largest LGBTQ+ civil rights organization that their family would match up to $250,000 in donations.

Roy P. Disney, Charlee's father and grandson of the company's co-founder Roy O. Disney, upped that number to $500,000 on April 5 in an HRC fundraising pitch, where he said that he has a transgender child.

"We were heartbroken when Ron DeSantis signed the ‘Don’t Say Gay or Trans’ law in Florida,” Disney said in an email bulletin from the HRC. “The fight isn’t over, and we are determined to do everything we can to stop this from happening in other places."

Charlee Corra told the LA Times that the HRC Gala in March was sort of a public coming out but that they first came out to their family four years ago.


"I had very few openly gay role models,” Corra said. “And I certainly didn’t have any trans or nonbinary role models. I didn’t see myself reflected in anyone, and that made me feel like there was something wrong with me."

Gov. Ron Desantis signed the "Don't Say Gay" bill into law on March 28. The bill that is officially called the  "Parental Rights in Education" bill prohibits classroom discussion about sexual orientation or gender identity in public schools. It does not include the words "gay" or "transgender."

“Parents have every right to be informed about services offered to their child at school and should be protected from schools using classroom instruction to sexualize their kids as young as 5 years old," DeSantis said. 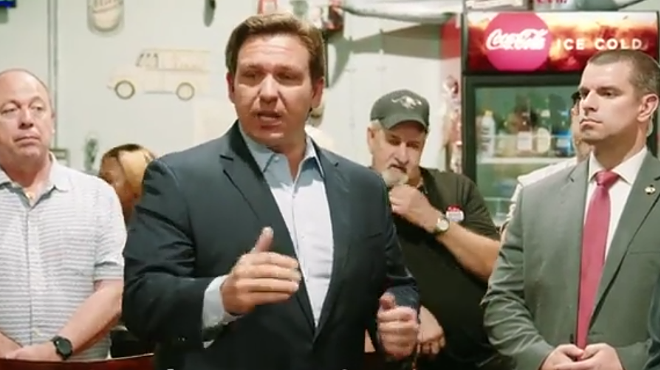 According to the Trevor Project's 2021 national survey, 42% of LGBTQ+ youth seriously considered attempting suicide, including more than half of transgender and nonbinary youth. 
"Then to put something like this law on top of that?" Corra said. "They can't learn about their community and their history at school, or play sports or use the bathroom they want to use?"