In a video exclusively obtained by @FoxNews Digital. @GovRonDeSantis slams #Disney saying “In Florida, our policies got to be based on the best interest of Florida citizens, not on the musing of woke corporations.” pic.twitter.com/Op87xgsLzB


The days just keep getting dumber, don't they? Yesterday afternoon, the governor of Florida and probable next president of the United States accused the near-monopolistic entertainment company that runs Florida's largest attraction of bending to the will of communists.

"How do they possibly explain lining their pockets with their relationship from the Communist Party of China?" DeSantis shared in a statement, via his press secretary Christina Pushaw. "Because that’s what they do, and they make a fortune, and they don’t say a word about the really brutal practices at the hands of the CCP."

DeSantis' harsh and nonsensical words came after Chapek explained Disney's position on a bill that would bar discussion of sexual orientation or gender indentity in Florida schools. Chapek noted the criticism the company received for their seeming silence on the bill, saying that they opted to pressure lawmakers to work against the proposal behind the scenes. 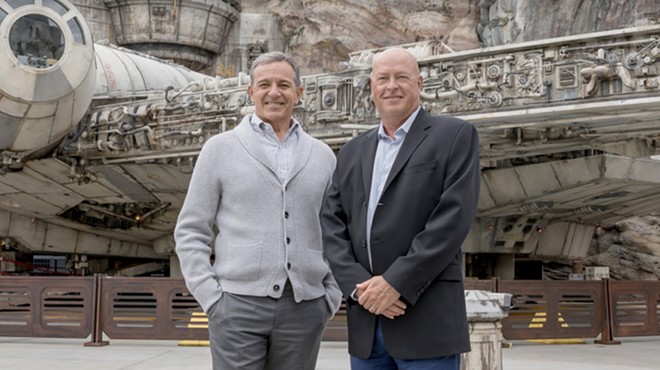 
"While we have been strong supporters of the community for decades, I know that many are upset that we did not speak out against the bill," he said. We were opposed to the bill from the outset, but we chose not to take a public position on it because we felt we could be more effective working behind the scenes, engaging directly with lawmakers on both sides of the aisle."

Chapek apologized for the unsuccessful strategy and said that his company would continue to push against the soon-to-be law. Yale graduate Ron DeSantis outed himself as a subscriber to the hypodermic needle theory of communication, picturing Florida classrooms where children are wholly indoctrinated by the mere mention of the existence of queer people.

"Companies that have made a fortune catering to families should understand that parents don't want this injected into their kid’s kindergarten classroom," he said. "Our policies will be based on the best interest of Florida citizens, not the musing of woke corporations." 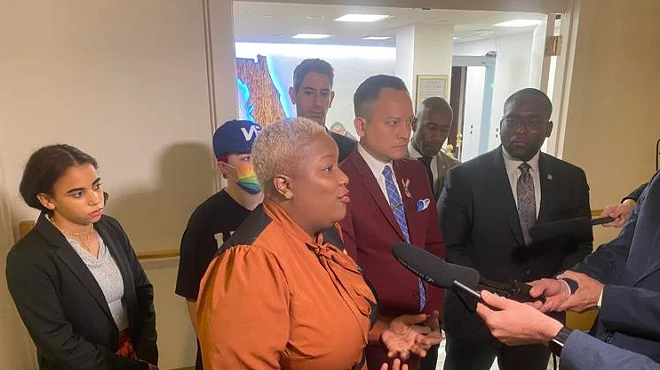 
A video taken inside a strip mall diner that looks like the three-time winner of the Blandest Porkchop Award showed DeSantis pushing back against the entirely fictional idea of 6-year-olds being forcibly confused about their gender identity. DeSantis released the video to Fox News first, because if he knows anything, he knows his audience.

"We are not going to allow them to inject transgenderism into kindergarten," he said to the hoots and hollers of Florida's most-estranged grandparents. "That is not appropriate for those kids."