The bill, dubbed "Don't Say Gay" by its opponents, specifically bars discussion of the topics between kindergarten and third grade. The vague bill text and other mentions of age appropriateness in schools worry opponents, who think it will be used to quash any and all mentions of LGBT people and open up Florida teachers to litigation.

While DeSantis has pushed the bill as reasonable, his own comments in public fretting over "transgenderism" in schools show the true nature of the bill. It appears to be based on the mistaken idea that children are being "indoctrinated" into being LGBT by school teachers. 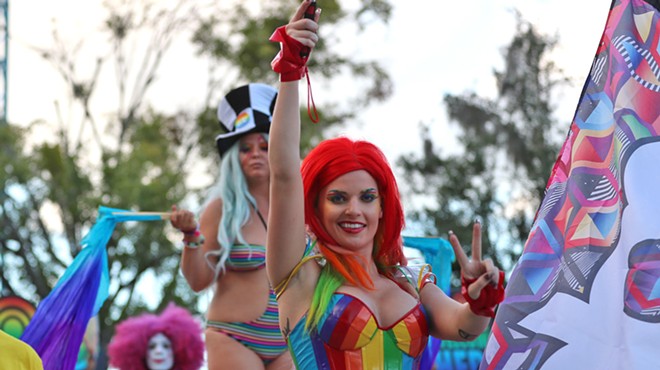 At Orlando Weekly, we say gay, and we also say lesbian, queer, bi, trans and intersex: We won't stop, even if DeSantis and 91 Florida legislators don't want to hear it.


“We will make sure that parents can send their kids to school to get an education, not an indoctrination,” DeSantis said at the bill's signing in Spring Hill.

DeSantis' spokesperson took the rhetoric even further, claiming opponents of the bill were pedophiles and equating any discussion of sexual orientation in schools as "grooming."


“The bill that liberals inaccurately call ‘Don’t Say Gay’ would be more accurately described as Anti-Grooming Bill,” Pushaw wrote on Twitter. “If you’re against the anti-Grooming bill, you are probably a groomer or at least you don’t denounce the grooming of 4- to 8-year-old children. Silence is complicity. This is how it works, Democrats, and I didn’t make the rules.”

The bill's passage and signing have caused national outrage, with everyone from LGBT foundations to the Walt Disney Company weighing in.

“Florida’s HB 1557, also known as the ‘Don’t Say Gay’ bill, should never have passed and should never have been signed into law.,” a spokesperson for Disney told Deadline. “Our goal as a company is for this law to be repealed by the legislature or struck down in the courts, and we remain committed to supporting the national and state organizations working to achieve that. We are dedicated to standing up for the rights and safety of LGBTQ+ members of the Disney family, as well as the LGBTQ+ community in Florida and across the country.” 
Orlando representatives Anna V. Eskamani and Carlos Guillermo Smith both spoke out against the bill's signing.


As #DeSantis prepares to sign #DontSayGay into law, our office has released the following statement. 👇 pic.twitter.com/XSBKUBBrZ7