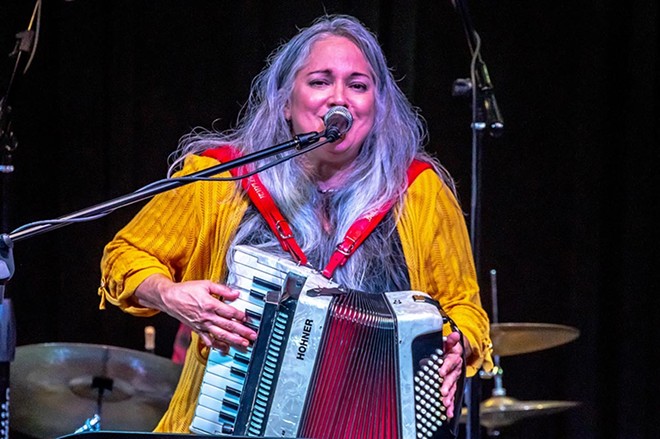 The local toll of Hurricane Ian has been a tale of two cities. For those who were lucky, life’s gone back to normal. For those who weren’t, “normal” remains a mirage on the distant horizon while they navigate ongoing strife and recovery. Thankfully, the Orlando music community is still rallying.

Of the benefit concerts happening in town, one of the most notable is this weekend’s Blue Bamboo Fest for Hurricane Relief.

A partnership between two nonprofits (Blue Bamboo Center for the Arts and the Beth McKee-led Swamp Sistas La La Foundation) to aid another (the essential Second Harvest Food Bank of Central Florida), this two-day festival at the Blue Bamboo is a musician-led event featuring star-spangled performances to raise money to help provide meals to our disaster-stricken neighbors.

Beth McKee and the Swamp Sistas will launch things with a rootsy kickoff on Saturday (Oct. 29, 8 p.m.) in a pop-up version of their famous La La parties. McKee’s on-stage roster for this affair will include the talents of Renee Arozqueta, Ka Malinalli, Rachel Decker, George Dimitrov, Kayonne Riley, Juan Perez and Grant Peyton.

This one is very much for the community, by the community. Join the effort and enjoy some good music at the same time for a well-spent $25 per show.