Sharon Van Etten at the Social 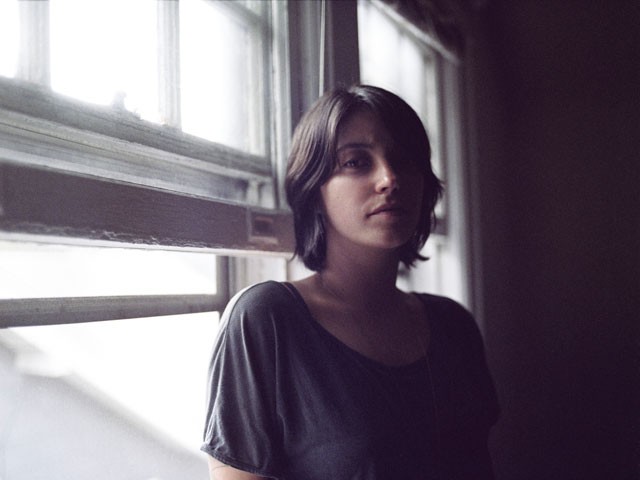 If you've heard of Sharon Van Etten, it's likely by association with the company she keeps. Since her debut in 2009, the 31-year-old Northeastern songbird has appeared on record alongside indie heavyweights like the National, the Antlers, Megafaun, Beirut, J. Mascis and Rufus Wainwright. But gradually, the world is beginning to recognize that she's more than the sum of her collaborators.

If you've actually heard her music then you know that voice. "I definitely think that I'm more of a singer than a guitar player," says the choir-bred Van Etten. "And I center the melody more than anything else, everything else just kind of backs it up." Amid a burnished sound, rich in deep American hues, Van Etten's singing is a thing of royal patience. To wantonly flex this kind of tone and depth would be a waste. Instead, her vocals lay in perpetually elegant recline, unfurling like smoky velvet, never uncertain about their expressive grip.

The breakout success of Van Etten's 2010 album Epic expanded the horizon before her, but it also pushed her to a fork in the road where she had to make a difficult decision about her career – if she was going to tour, then stable, traditional employment was not going to be possible.

"I quit my full-time job at Ba Da Bing Records, which is a label that was really supportive of me just as a person, not just an artist but as a human being as well," she says.

To tour full time to promote Epic, Van Etten also gave up her apartment, put everything in storage and relied primarily on friends and family for board in the rare times she was home. All the while, she was working on her current album, Tramp, with producer Aaron Dessner (of the National). "I didn't have a constant place to live for most of 2010 and 2011," she says. "The only real home base I ended up having during my off-time turned out to be Aaron's studio."

For Tramp, Van Etten turned the tables – rather than being a supporting player on somebody else's recording, she brought the star contributors onto her record. She and Dessner essentially drafted a wish list from their own musical orbit to help populate the recording.

"Aaron and I basically talked about our favorite musicians that were also our friends that we've always wanted to work with, you know? And we are very lucky to have such talented friends," she laughingly acknowledges. "It was very much luck, you know. We both just cast our nets separately and we brought in what we had and it was the best-case scenario."

The resulting catch includes contributors like Wye Oak's Jenn Wasner, the Walkmen's Matt Barrick, Julianna Barwick, Beirut's Zach Condon, Doveman's Thomas Bartless and Dessner himself. "The first two records I did, they were mostly my vocals - everything, harmonies and all that - and I really wanted there to be a difference," Van Etten says. "I wanted it to be a more collaborative experience."

In terms of touring though, it seems she's in more of a groove this time with the reliable wingspan of a stable four-piece band so far. But despite all the uncertainty of being a striving professional artist, she knows she's blessed. "It's just been a lot of luck. ... I've really fallen into a really wonderful group of people in a really hard racket."

To hear her tell it in conversation, it sounds like a story of luck. But hearing that same voice in song, good fortune seems to be only a part of the tale.