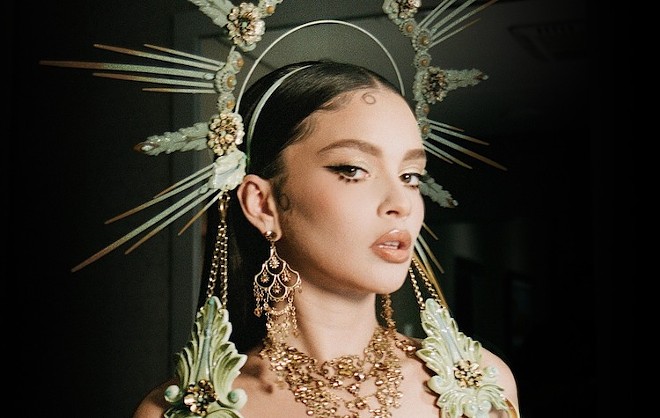 Miami R&B singer Sabrina Claudio is back, with a new album Based on a Feeling, and an accompanying summer world tour that includes an Orlando stoop.

Based on a Feeling is Claudio's first long-form musical statement since her 2020 Christmas (!) album Christmas Blues, when the singer took a brief creative hiatus. The tour kicks off in late August and there's only two Florida shows on the list at present — Orlando and St. Pete.

“I’m so beyond proud of this evolution that is Based On A Feeling,” Claudio told Hypebeast. "Based On A Feeling stems from the promise I made of only making decisions based on a feeling of love and pure intentions. I took this idea and allowed it to guide me through the creative process of this album in every single aspect and I could not be more fulfilled with the final result.”

Sabrina Claudio plays the House of Blues on Thursday, Sept. 8. Tickets go on sale (lucky) Friday, May 13 through Live Nation.