Rat Bastard is the noise king of Miami ... and maybe the world 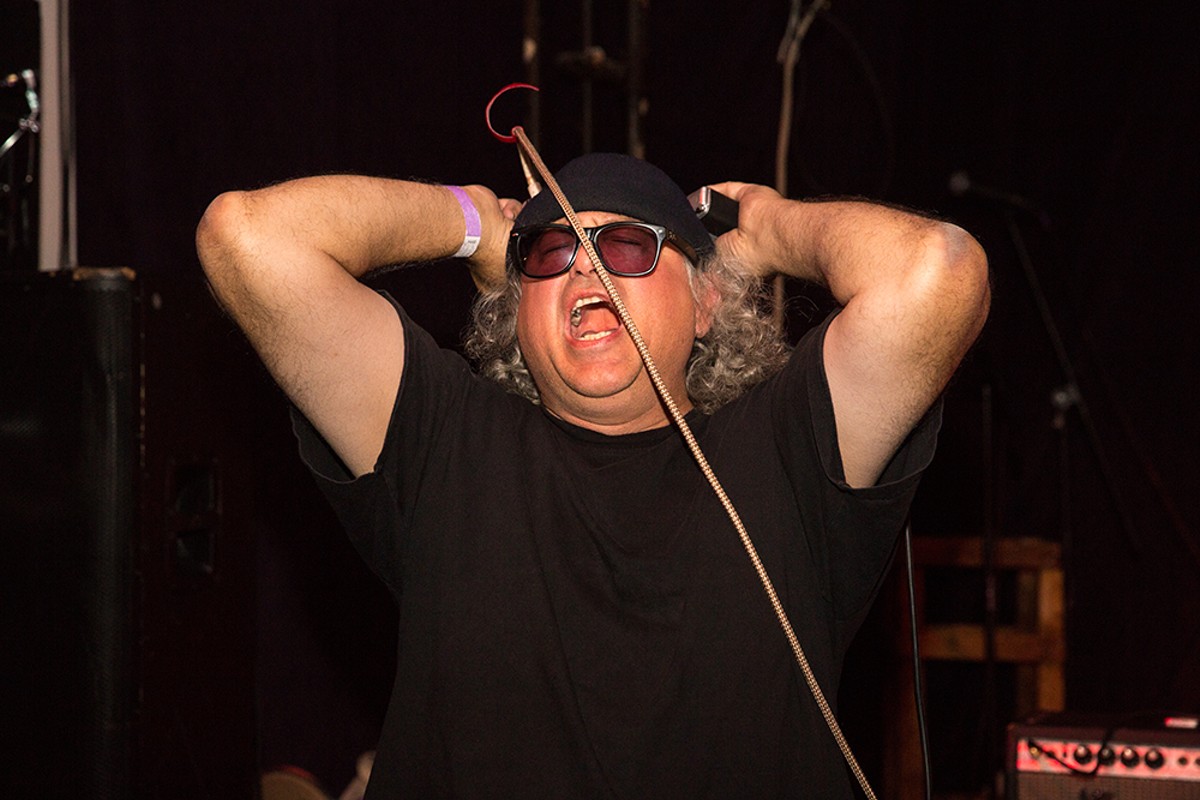 At first glance, maybe Rat Bastard (Frank Falestra) wouldn't strike you as one of the most important figures in experimental/noise music in the U.S. Perpetually clad in all black, sunglasses and a permanent scowl, Rat looks more like a long-lost Ramone. And yet, Rat Bastard is a father figure to the weirder sectors of the Miami art and music underground. He's had one of the most storied and singular "careers" in underground music, active since the mid-'70s playing in the legendary To Live and Shave in L.A. and recording bands for decades, and he shows no signs of letting up.

It's almost impossible to imagine the chaotic and spontaneous Miami noise scene without him. One day he's accompanying Thurston Moore to an Art Basel show, the next he's at Churchill's Pub watching a young noise band antagonize the regulars. In his home studio, he's recorded everyone from Marilyn Manson to Blowfly. And this is the genius thing about Rat Bastard: There is no underground hierarchy with him; all noise is created equal.

Rat's democratic creative spirit found its apotheosis in his most enduring and strange creation yet, the International Noise Conference. It's an unparalleled annual gathering of freaks and weirdos from around the world. What started as just an excuse for a bunch of friends to gather in one place to get loud over a weekend is now such an important event that in 2012 Rat received a Knight Foundation grant to help with the costs of putting on this free event (to say nothing of spin-off events around the world).

This week Rat Bastard brings his Laundry Room Squelchers, a constantly shifting noise collective specializing in confrontation and freeform amusical chaos, to the In Between Series. Rat wryly describes LRS as a "hurricane without the wind or water." The Squelchers elicit extreme reactions from audiences, including the apocryphal tale of one traumatized spectator putting a gun to Rat's head during a performance, demanding he stop playing. "Go ahead and pull the trigger," Rat reportedly yelled. "Because I ain't stopping."