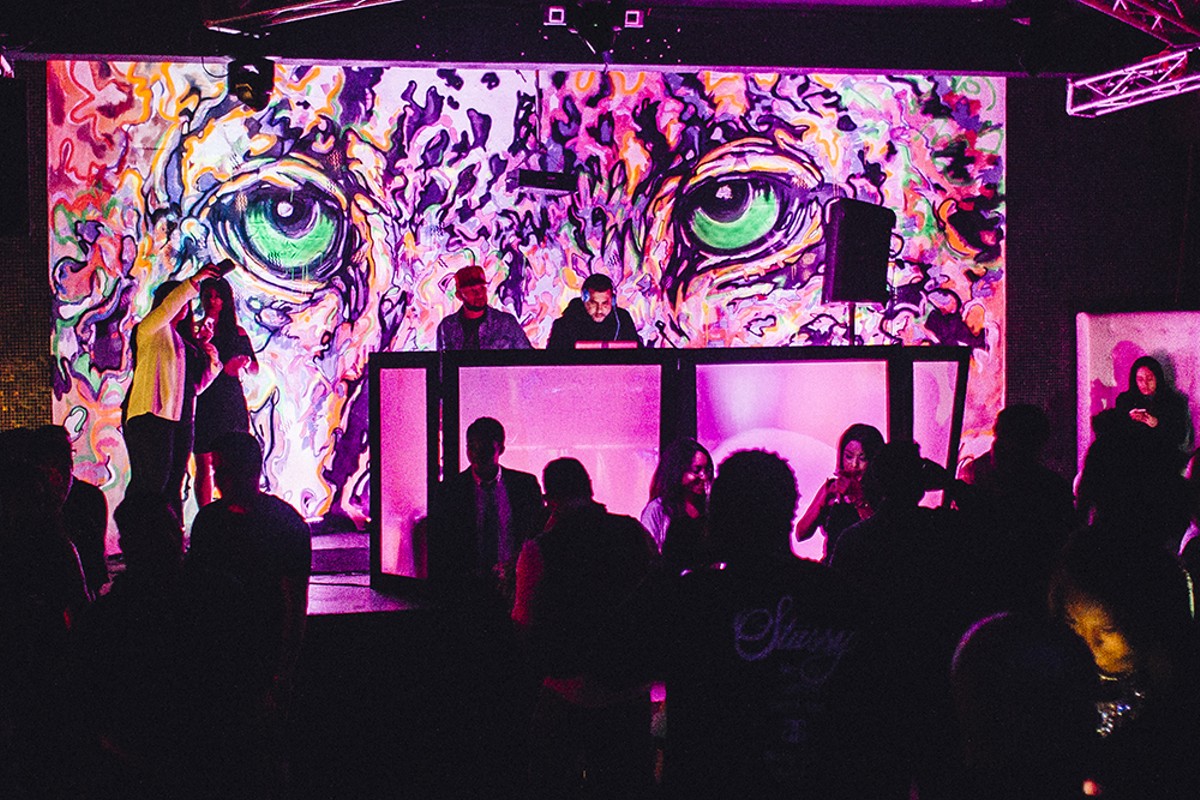 For Orlando clubbers in the '90s, the party very literally never ended. It was more likely that your body would shut down before the club did, as popular rave sites like the Edge and Club Firestone kept things going until well into the next morning. It wasn't uncommon for club-goers to file out of bars at 9 a.m. with smeared makeup while the good folk of Orlando had already long pulled on their clogs to hoof it to Sunday service. That was then, and this is now: a time when bars must throw the lights on after a strictly upheld last call of 2 a.m.

Less than two years ago, in May 2013, the Downtown Development Board seriously considered extending drinking hours in downtown Orlando to 3 a.m. This was met with divided enthusiasm, as bars that did not benefit from the additional hour raised protests, and according to City of Orlando spokeswoman Cassandra Lafser, the idea only made it to the workshop phase and was never put to an actual vote. As of now, the discussion has been dropped, and Orlando clubbers until recently had no option at closing time but to evacuate downtown – that is, until Saturday, Dec. 19, when Orlando's only downtown after-hours club, Club Nokturnal, officially opened.

Club Nokturnal is owned by Venue 578 (the latest iteration of historic Orlando club Firestone) and it's located nearby downtown at 42 W. Concord St. It's an alcohol-free environment that operates from midnight to 6 a.m. on Fridays and Saturdays, and it just barely got approved before the city put a moratorium on any additional after-hours options that could open in Orlando until the end of October 2016. According to assistant city attorney Kyle Shephard, other nightclub owners expressed interest in experimenting with after-hours services, and city commissioners wanted to study after-hours clubs before allowing too many to open in our city. Basically, they're weighing the possible negative impact of such clubs on downtown residents.

"One motivation we had for the task force was questions we've had over the past few years from residents about noise, alcohol and drug issues," Shephard says. "Downtown is a popular place to live, and as more people move and live here, we'll have those issues."

We were curious what kind of scene we'd find at Club Nokturnal and headed out to do our own little study on opening night. Our intern Marissa Mahoney shares some insights on the spectacle you can expect to find after all the other clubs turn out their lights. 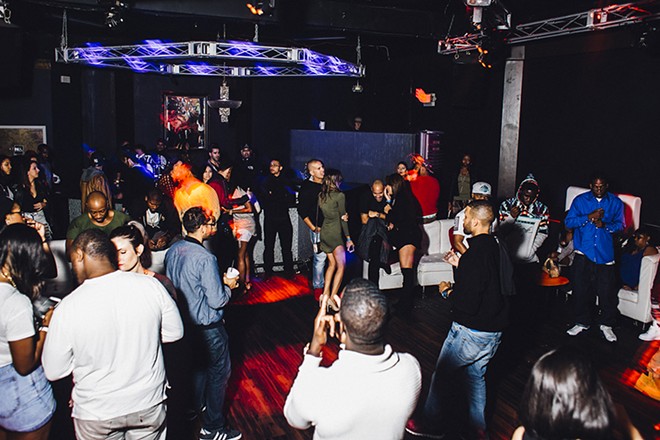 Extra late to the party

The hype was real when Orlando got its first after-hours club, aptly named Club Nokturnal. Considering the fact that all the other downtown clubs are closed after 2 a.m., it wasn't hard to find Nokturnal, the only building still vibrating with music, guarded by two no-nonsense-looking dudes.

Immediately after paying the $10 cover, you have two choices: Head to the left room or the right room. I imagine this is like The Matrix on molly for someone who's been partying for the last few hours, but seeing as how I'm probably the most sober person here, the choice was easy – follow the flock to the right.

It became quickly evident that most of the Nokturnal patrons were still wrapping their heads around the idea of an after-hours club. The majority chose to pack like sardines by the barren bar or populate the dance floor.

The white couches lining the black walls were occupied at all times. In the event that there was a couch vacancy, a fellow patron would rush his or her squad to claim the prized territory. At Nokturnal, if you sit on a couch, you are the dominant species. Those people dancing near your table looking down on you sitting on the couch aren't superior. They are probably envious. There was so much shade being thrown in Nokturnal, they probably didn't even need to manually dim the lights.

Speaking of lighting, virtually all of the lights came from the stage, which housed DJ Lokoton and his obligatory posse. I semi-twerked my way to the stage, handed my phone to Lokoton and received this response about what it's like to be a part of the Nokturnal experience: "Best after-party ever," he typed.

As the wee hours dragged on, Styrofoam cups started popping up all over the place, even though no alcohol was being served. I asked one person what she was drinking. Answer: Hennessey and vermouth. It wouldn't be an after-hours club without a loophole or two. Since Nokturnal doesn't sell alcohol, they don't need a liquor license. So if you're lucky enough to have a bottle of liquor and some Styrofoam cups in your car, then it looks like you can keep the party train rolling – at least that's what people were doing on the night I visited.

Remember that left room? Before I left, I checked it out. In there, I encountered a handful of people who'd had more than enough alcohol to call it a night swaying to another DJ's excellent choice of noise while a woman behind a bar served Cheetos and soft drinks.

"I enjoy extending the party in a safe environment," she told me. "It's nice to know my friends of Orlando have a place to wind down before heading home."