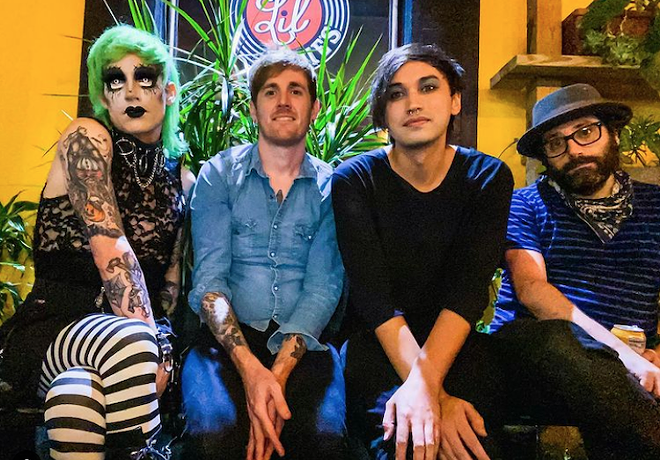 Promising new Orlando band Super Passive on Friday released new mini-album Radio on cassette and digital formats. And you'll have a chance to see them play the songs live on Saturday at a daytime (!) release party.

The band is playing Ten10 Brewing as part of a Record Store Day-adjacent event, but this afternoon show is all about that other physical format — the tape.

Radio is released through keyboard player Jared Silvia's Circuit Church imprint. For such a young band, it's an impressive collection of darkly-inclined, but very romantic jangle-pop.


Super Passive play Ten10 Brewing on Saturday, April 23 at 3 p.m. (sharp!). The event is free, but snag yourself a tape.