Call ’em what you will, but Ceremony keeps moving forward 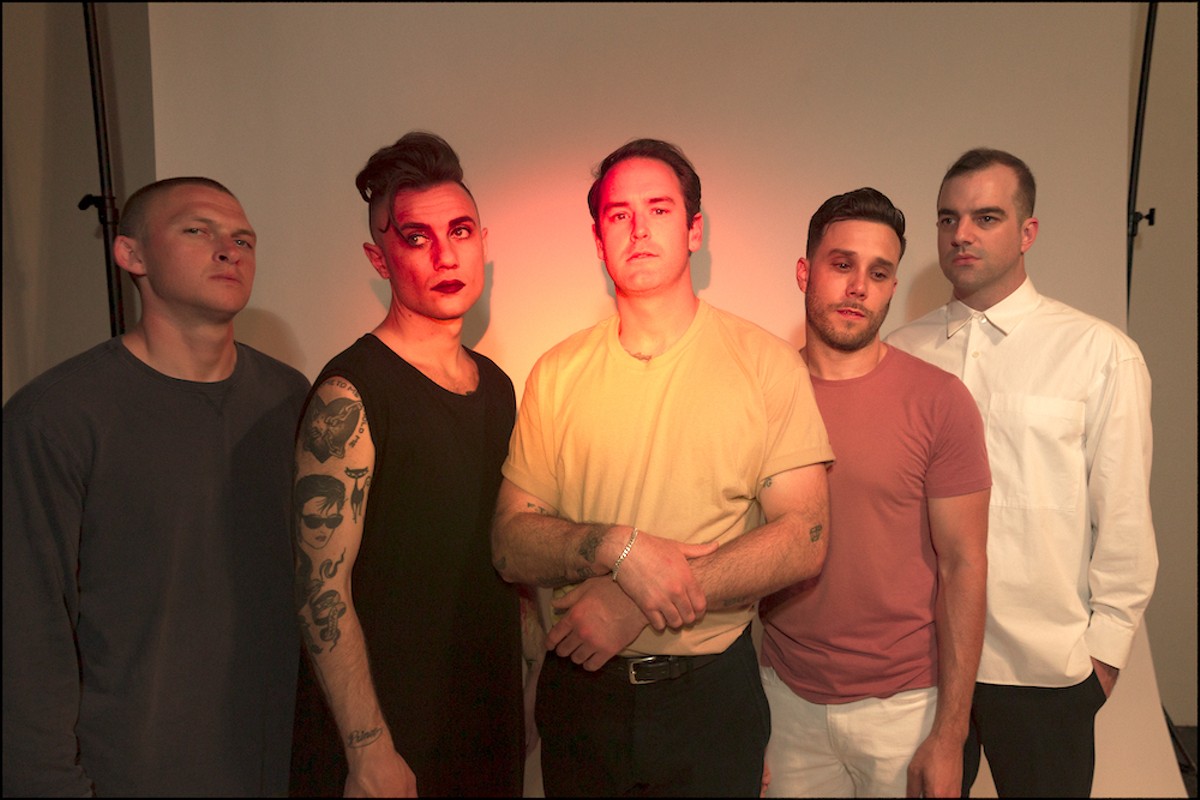 Forget everything you've read about California quintet Ceremony. Forget the thrashing powerviolence of their 2006 debut, a 13-song, 13-minute atomic blast appropriately titled Violence Violence. Forget the rabid hardcore of their 2008 follow-up, Still Nothing Moves You and the more polished post-punk of 2010's Rohnert Park. Forget the sludgy garage rock of 2012's Zoo and the restrained new wave of 2015's The L-Shaped Man.

More than any other band operating in today's limitless independent rock universe, Ceremony have spent the last 15 years actively fighting their way free from every box that critics and fans have tried to place them in. As guitarist Anthony Anzaldo says in the press release for new album In the Spirit World Now, "Not reflecting on the evolution of the band is what keeps us motivated."

In the Spirit World Now builds on Ceremony's unabashed love of Joy Division and New Order, all while spinning herky-jerky synth lines and dirty disco beats into a radical act of creative evolution. Even more impressive, In the Spirit World Now exudes a sort of clear-eyed modern positivity: the album begins with "Turn Away the Bad Thing," rolling deeper into self-affirming territory on "Say Goodbye to Them," "Years of Love" and "Never Gonna Die Now" before things finish on "Calming Water."

"The new record is sort of a Technicolor follow-up to the monochromatic The L-Shaped Man," guitarist Andy Nelson tells Orlando Weekly. "We really wanted to push ourselves and put something new out into the world. In order for there to be any future for people artistically and culturally, you have to envision what the future looks like, rather than just being constantly locked into cycles of nostalgia."

Ceremony's aggressive stylistic shifts have long provided angry-internet fodder for grumpy hardcore traditionalists and record reviewers obsessed with their middle-school love of Minor Threat. "We've always contended with people's reactions," Nelson says. "In the past, there's always been a pretty extreme reaction of our, presumably, fans telling us how bad the new record is. This time, it hasn't happened at all. It's definitely been the most positive and kind rollout of a Ceremony record, which seems kind of weird."

Perhaps that's because the band makes such confident moves on In the Spirit World Now. On "We Can Be Free," Ross Farrar's hoarse shouts run in lockstep with Jake Casarotti's rumbling drums, evincing a wicked brew of go-go, Oi and power pop. The frenetic Day-Glo spasm of "From Another Age" is followed up by the somber shading of "///," one of three poetic interludes offered up spoken-word style by Brooks Haxton, who advised Farrar on the completion of his poetry MFA from Syracuse. A midtempo curveball like "I Want More" turns into a bona fide dance number, thanks to the interplay between Justin Davis' bass lines and soaring synths.

"I reject the notion of capital-I 'Important' art," Nelson says. "That modern thing that says, 'You are hereby ordered to not just enjoy this but understand how important it is.' I just don't buy into that. If art is good, it's going to be pleasing on a really gut level. Obviously, when we wrote the new record, we wanted it to connect with people in a deeper sense. But mainly we wanted it to slap."

Nelson says this end result was evident at Ceremony's record release shows on the West Coast, where the crowd boogied more than they moshed. "We've matured as a band – forgive me for using that word – so we now have different moves, in a physical and metaphorical sense," Nelson laughs. "Even people who are predisposed to like the band aren't 100 percent sure what to do when we play. If anything, that's made the live show more fun. People go crazy for the old songs and dance for the new songs. You can express your energy the way you want. It's really nice to create an environment that is increasingly less macho, with more non-men up front and the tough mosher guys scratching their heads in the back going, 'What do I do during this disco part?'"

As always, those shining sonic moments are backed up by thought-provoking lyrics from Farrar that address everything from lust to late capitalism to apocalyptic longing. If they require some reading between the cinematic lines of an otherwise pulsating, poignant record, well, that's the point. "For better or worse, our band takes a little bit of a brain to understand," Nelson says. "If you put in the work or are part of the culture from which we come, it's easy to digest. It's there for you. But not everyone's willing – and that's fine."

Another consequence of Ceremony's envelope-shredding history: There's no road map for the band's continuing artistic path. They're only the second band ever to release albums on both venerated indie label Matador Records and extreme metal mainstays Relapse Records. What Nelson calls the "dirty little secret" behind that perceived confusion, however, is that the band continues to get bigger.

"Most people are down for what we're doing," he says. "We turn the whole cliché of being someone who only likes the old stuff around by outlasting it. If you're one of those macho guys and you come to the show to walk on people's heads, you kind of look foolish while everyone else dances. Applied in the correct way, shame can be a powerful tool."