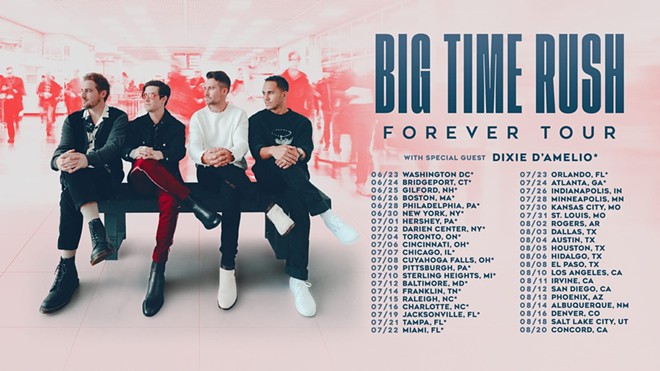 It's been years since Big Time Rush graced a stage, but fans of the Nickelodeon boy band have been thinking about them worldwide since they announced two reunion shows last year.

That promise got quite a bit bigger this week, as BTR announced its summer Forever Tour with 41 dates across the U.S., including Orlando. The four-member boyband will be in the Addition Financial Arena on July 23.

Those two reunion shows? They sold out. Though getting a ticket to the July show shouldn't be near as hard. Since those gigs, the BTR boys pulled off a performance at the iHeartRadio Jingle Ball  and released its first single in eight years, “Call it Like I See it.”

The Orlando show will also have special guest Dixie D'Amelio, a social media personality most known for her videos on TikTok.

Tickets for the general public go on sale Friday, while members of the BTR fan club will receive a presale code to buy tickets Wednesday.