Anthony Green of Circa Survive talks music, intimacy and the internet ahead of solo show at the Social 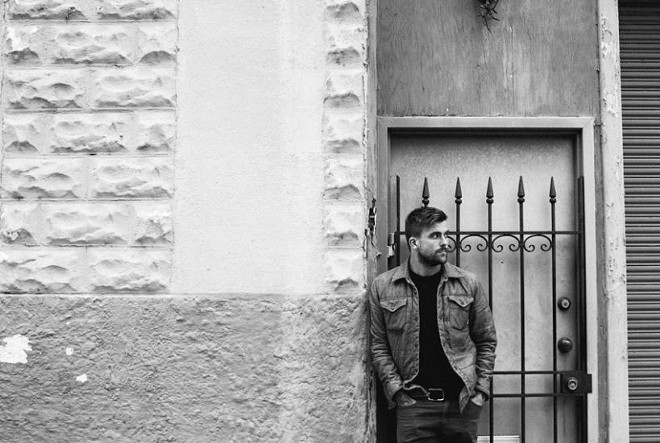 Image courtesy Andrew Swart
By the end of our chat, Anthony Green was naked.

"I love the human body, the human form, and I think that people should experience the freedom of being naked around each other, like with strangers. Because you realize, it doesn't matter what your body looks like, or how big your dick is, how big your boobs are ... We're all human beings and we're all vulnerable ... I think if everyone was allowed to do that around one another ... we'd be able to break down some real societal weirdness."

"And with that, I'm taking my pants off (laughs)."

Full disclosure, Green was on the other side of a phone call- at home poolside with his kids- but his candidness is still worth noting. The sometimes solo artist, and full-time frontman for Circa Survive and the newly reunited Saosin, effortlessly finds the balance between laying his soul (and skin) bare while still retaining some privacy. "You can put yourself out there and still keep some things mysterious you don't have to say everything, you don't have to be everything."

His family life, his battles out of addiction and into sobriety, his band dramas- it's all out there in the World Wide Web of gossip, and he's fine with that. "My journey with music has always been kind of working out things in my personal life ... It was never an attempt to be, like, honest with the fans ... Because I share it, it comes off as this mega personal, intimate thing, but it's just me working through a problem and then having a song at the end of it that I'm comfortable sharing."

Green even sees the opinionated culture that social media has encouraged as a positive thing. "I love that I can put up a song and talk to people about what it means, and have a direct line to people," he enthuses. How can he put such a positive spin on a reality that can often be so hateful and cyncical? "I think cynicism is killing all of the opportunities we have right now, as a species, because it's real easy to be cynical but really tough to put yourself out there and be a dreamer- to say, 'Ya know what, this is fucked up- but what if it wasn't?' What if we can use it to our advantage and accept whatever we can't change about it?"

And while he wants you to listen, and even have a dialogue with him about it, he doesn't necessarily care if you buy the music he puts out there. "There's a part of doing this where you have to sell things and it stresses me out. I hate worrying about it. I can't stand it. I can get behind trying to get people to come to my show ... I promise you, you'll have a musical experience. I don't think you can put a price on going to a show and being moved by music. That's what I can offer you." If you do feel so moved, however, it's encouraged that you pick up his latest release, Pixie Queen, out on his own label Memory Music. Pick it up at the show, when he returns to Orlando (a place he holds dear) for a memory making night of music, alongside Matt Kerekes and Secret Space, at The Social on Thursday, Sept. 8.

"The Social is such a magical, nostalgic thing for me. It's such a cool little room and I played one of my first shows with Circa Survive there. It's gonna be really fuckin' cool to come back there."