Will Walker, owner of Will's Pub Photo by Rob Bartlett

In both legacy and longevity, few Orlando cultural institutions are as certifiably legendary as Will's Pub. From outlying upstart to the epicenter of the city's most colorful neighborhood, this long-running Mills 50 flagship has exerted an influence on Orlando's nightlife and music scene that's remained pace-setting since the mid-1990s.

This month, Will's Pub notches a historical 25th birthday. Counting memories from a place like Will's is a tricky undertaking. First, there's sifting through the sheer volume of them over the years. Then, qualitatively, it's like having to pick favorites between your children. And then, finally, there are all the drinks that attended those memories.

So for this big anniversary, here are 25 memories that still shine through the blur of insanity. Thanks for each and every one of them, Will's.

Bittersweet though it was, the month leading up to the untimely closing of the original location of Will's Pub in the summer of 2006 was an almost unprecedented rally of love and support. The procession of events included community-driven benefit shows for a new location (including a joint cross-publication one organized by Jason Ferguson when he was OW's music editor/columnist and me when I was still with Orlando CityBeat) and closing blowout performances by owner Will Walker's favorites, Lucero and Bob Log III. The final days saw a Berlin Wall-like public rush to grab a piece of the hallowed venue before it was razed. (The band sticker-plastered men's room mirror – seen on this week's cover – still sits in my house.) Although this was the close of a seminal chapter, it was a historical testament to the impact of Will's Pub on the scene.

Opening of the new Will's Pub

After all that impassioned community mobilization, it would be an agonizing two whole years of false starts before Will's Pub rose from the ashes in November of 2008. Oh, but what a phoenix the current location would become now that the pioneering soul of Mills 50 had reopened right in its heart.

Photo by Jen Cray
Tribute to 1996: The Pauses

Not only did this sister bar become the first permanent expansion in 2012 that paved the way for Will's to become the beloved social compound we now know, but it's become a spot for magic moments of its own. Indies has been the scene for exceptionally close encounters with notable national names like the Posies' Ken Stringfellow and the ever-wild Peelander-Yellow. But it's better known for the frequent residencies by homegrown beacons like Eugene Snowden's Ten Pints of Truth, Kaleigh Baker and GWADCIP$, as well as out-of-town artists who've just adopted Will Walker's establishments as a second home, like Knoxville's Matt Woods.

As fun as it was to be whisked off-site by Will himself for whiskey shots at the original Wally's or the Peacock Room, it was a game-changer when Will's Pub and Lil Indies went full liquor in 2014, ushering in a whole new level of cocktail and craft to the compound.

Will's Pub has been the site for more notable local reunion shows than any other venue in the city. My Hotel Year, Pilots vs. Aeroplanes, Obliterati, the Delusionaires, Bughead, Kow – even a whole weekend of Orlando reunions for the venue's 19th anniversary (including Peterbuilt, Dragbody, History, Vostok, Resident Weirdo and Hurrah) – the list is seemingly endless. It's what makes Will's a living – and live – Orlando music hall of fame.

Beyond the concerts and revelry, the true measure of Will's Pub's profound place in the community are the many benefit shows it has hosted. Whenever a member of the scene has been hit with misfortune (Michelle Widmer, Bryan Raymond and Katie Ball, among others), Will Walker opens the doors and lights up the stage for their relief. That heart extends even to all manner of solid local causes, like a benefit for Back to Nature Wildlife Refuge in 2011 where I, Walker and others sat in a dunk tank to help out the great local animal rescue. 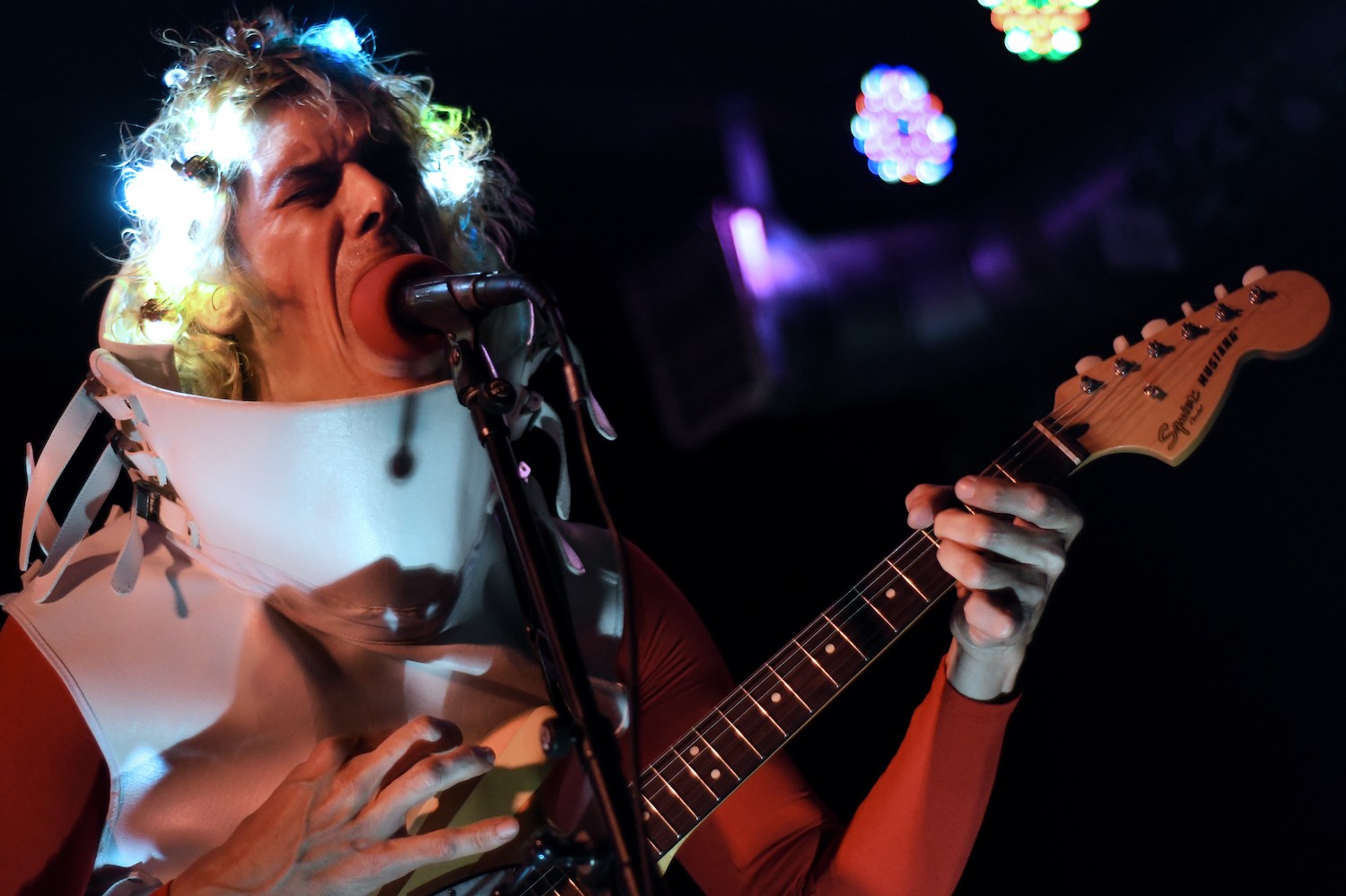 Will's is the spot of choice for so many memorial events for fallen members of the local scene. Whether it's Ralphfest, the Dave Gage tribute show, the posthumous Bobby Clock album release by Danny Feedback or just public remembrance gatherings for beloved departed like Matt Gersting, Mark Stokoe and Richard Sherfey, the Will's compound has become a place of honor and healing. Be they celebratory or solemn, these affairs always reinforce just how deeply the Will's complex is woven into the heart of the community.

Particularly noteworthy about the Will's Pub ethos is that it's always been a bastion of the weird and fucked-up. Its stage has been a glorious highway of illustrious genius-freaks like Bob Log III, Blowfly, Hasil Adkins, Dolemite, Legendary Shack Shakers, Dwarves, Sleepytime Gorilla Museum and countless others.

Unlike more formal performances by the late local jazz titan Sam Rivers, his incredible residency at the original Will's was like a series of garage sessions that showcased his dazzling virtuosity with more raw heat and proximity than anywhere else, cramming 16 players into the small music room of the old Pub.

Lucero's road to becoming a standard-bearer in alternative country ran right through Orlando, where the Memphis band cut their early national teeth in a series of legendary marathon shows at the old Will's Pub, averaging more than once a year by the mid-2000s.

In the early 2000s, criminally overlooked Alabama band the Immortal Lee County Killers ripped through Will's a couple of times. They nailed their kick drum directly into the stage, plugged in, and then cut into the room like a greased chainsaw with a blues-punk assault that made Jon Spencer look like Weird Al.

Hard-thrusting glam band Fantasie were one of the best Orlando bands of the early- to mid- 2000s, and their string of Will's Pub shows were pure sex and rock & roll.

Even before going on to release excellent albums on respectable labels like Ernest Jenning, Kemado and Northern Spy, New York gothic folk group O'Death conjured ghosts as an unknown band in 2006 with one of the most transfixing performances seen here to date. 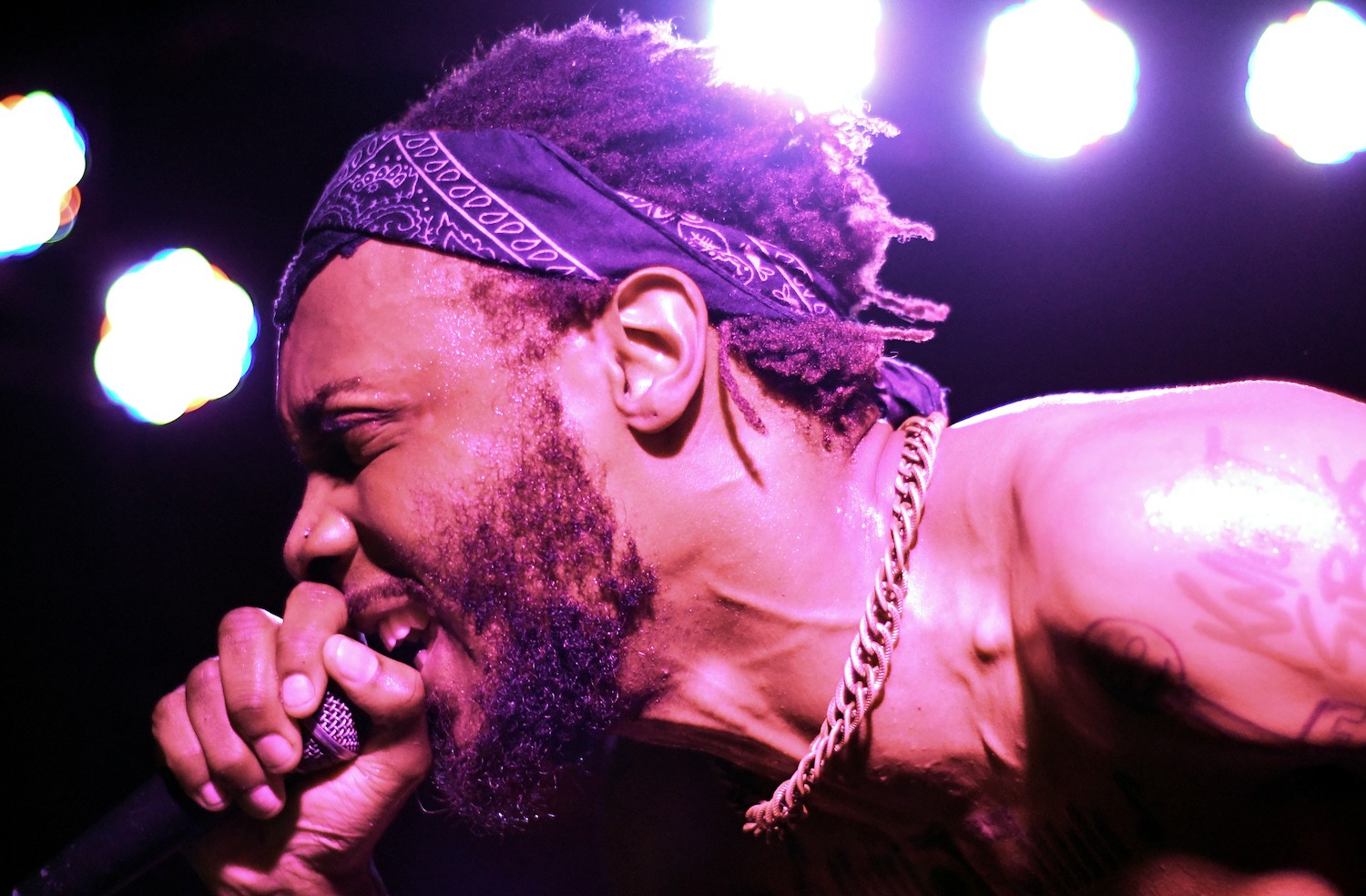 After packing the place to dangerous capacity in 2010, Rhode Island noise-rock gods Lightning Bolt jacked the room with a history-making load of electricity and delivered total sonic rapture. Before or since, Will's Pub has never been mainlined quite like this.

In the summer of 2011, Orlando progressive metal crushers Khann were riding high as a national name and releasing their best and final record Erode. The result was a beautifully punishing snapshot of local breakouts at the top of their game. Add in an all-out scorching performance by No Qualms and it was a hometown explosion for the books. 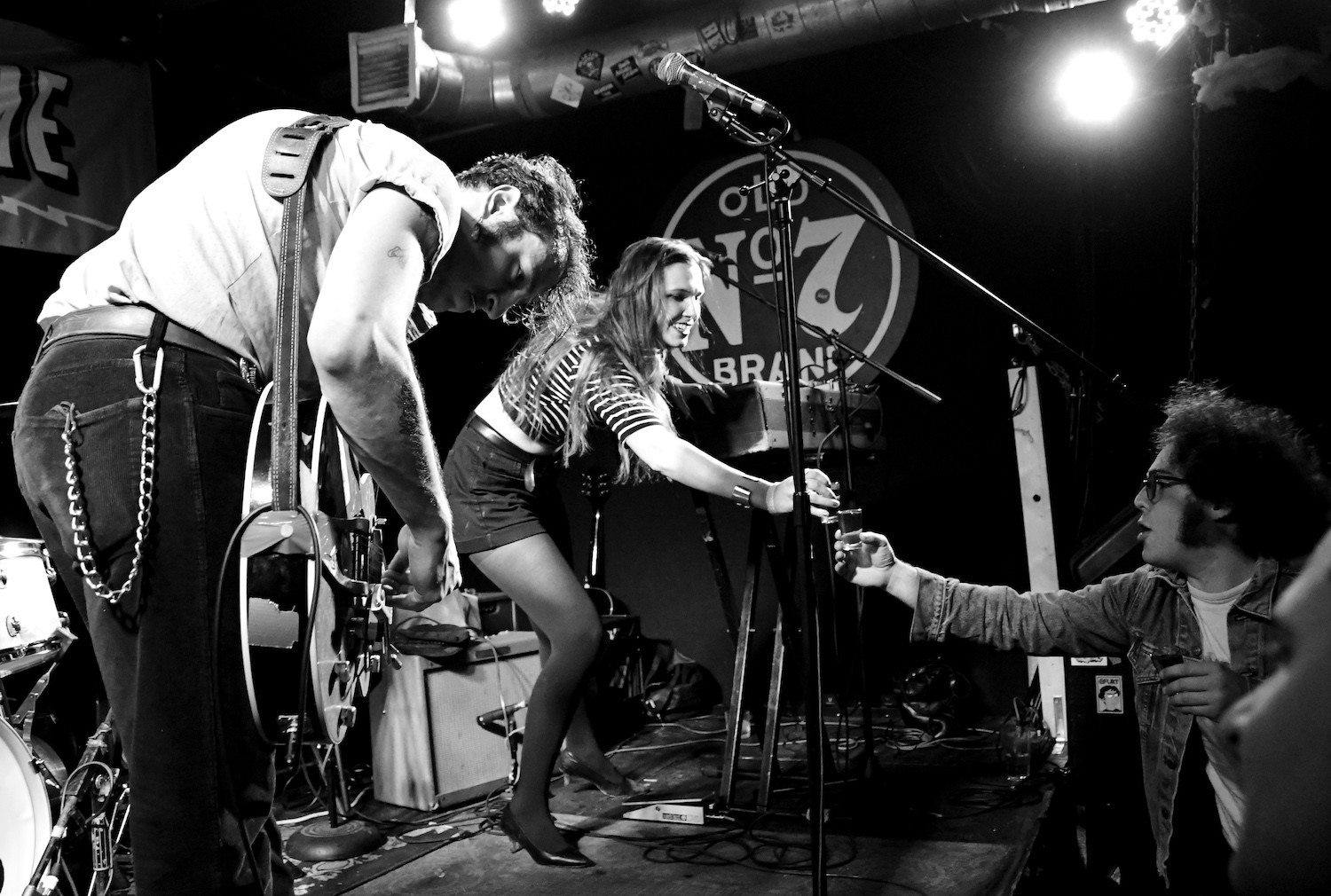 Photo by Jen Cray
Field Trip South: The Other Men

When mythical 1990s Miami doom-sludge band Floor came through in 2012 on their reunion tour, it was a triumphant, dome-flattening instance of a great band finally getting their due propers on a night heaving with Florida music history. They reunited for good the next year and dropped the best work of their career the year after that with the 2014 magnum opus Oblation.

South Florida garage-pop band Beach Day utterly wowed with a crackling first encounter at Will's in the summer of 2012. But that wasn't the night's only revelation. Lio Cerezo – the boss of tastemaking Brooklyn label Kanine Records and an Orlando boy – told us later at the bar that he had just signed them.

In early 2014, this Tampa son played with zero fanfare to about a dozen people as an unknown opener, but Booker sizzled as a triple threat of soul, punk and blues. Fast forward less than eight months later and Booker returned as a headliner at the Social with one of that year's best albums released on ATO Records, some touring with Jack White and appearances on late-night talk shows under his belt. But the fire of his performance at Will's is what seared him into our consciousness.

It may've only been to about a dozen people at first, but this fresh North Carolina country-rock band showed their buzz potential here in May of 2017 less than two weeks after debuting nationally on Bloodshot Records. It was a take-notice early-peek show that instantly declared Sarah Shook as one of the most gripping and real voices in country music today. That knock-down Orlando debut would lead to three appearances here in two years (all at Will's Pub, unsurprisingly, with the last 2019 one before a packed house), showing a shooting outlaw star taking the same path up that Lucero and American Aquarium took to the prime time.

In February of 2018, this Baltimore rapper slipped into town mid-bill under headliner Milo. But his Ho99o9-esque punk intensity and biting pop-culture edge completely owned the show with a drenched, in-the-pit performance that had the room jumping and boiling over at fever pitch.

If you know the music of bounce supernova Big Freedia, then you know how hard a party can smack. Well, her live twerk carnival finally came to town in March of 2018 and popped off in a superhuman blaze of ass, sweat and abandon.

Like all showcases for progressive national hip-hop label Fake Four, this one in the spring of 2018 was dazzlingly kaleidoscopic and forward-looking. L.A.'s Moodie Black were a total and brilliant shock to the system that unleashed a swallowing onslaught of industrial-grade noise rap in near-total darkness. Best of all, though, local rap dynamo E-Turn made her first hometown appearance as the newest member of the Fake Four roster.

Be it Wheeler Walker Jr. or the Goddam Gallows, this pair of uproarious country-punk HBICs own a perfect streak in Orlando of completely dusting the headliners for which they're opening. As history would have it, their last insane show at Will's in September 2018 turned out to be not only one of their final ones but part of a Thelma and Louise blaze of glory that would end in their sudden and mysterious disbandment the very next month.

When this legendary Japanese psych band came in May 2019, they fucking melted the walls with some of the deepest, heaviest, most primordial rock out there. Add in the extreme theater of Canada's Yamantaka // Sonic Titan and the concentrated psych-rock of a refocused Timothy Eerie and this night was a portal to another dimension.