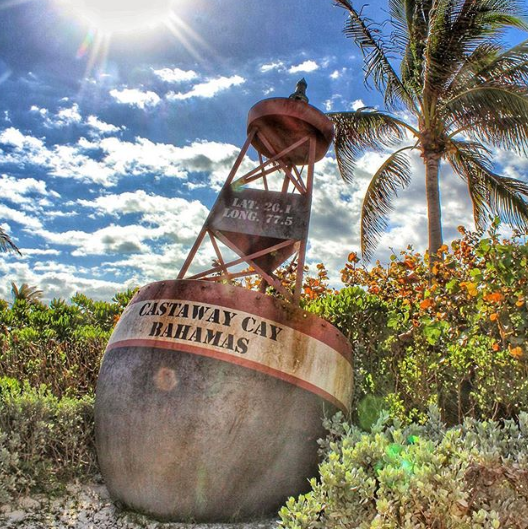 Image via Disney Cruise Lines | Instagram
In 2015, when the Bahamas switched from a sales tax to a Value Added Tax, it was celebrated as a win for tourists, who saw a 2.5 percent decrease in taxes.

The former 10 percent Hotel Tax was lowered to the nationwide 7.5 percent VAT, but now, amid increased borrowing, the Caribbean nation has increased the VAT to a whopping 12 percent.

The goal for the 4.5 percent increase in the VAT is to help offset cost overruns in the government, which took out $2 billion in new loans in the past year.

According to Tribune 242, a popular daily paper in the Bahamas, previous research shows a similar increase could result in more than a 10 percent decrease in tourism to the nation, with tourists paying more than $300 million in extra taxes.

This new increase comes as other taxes and fees across the nation are also being reviewed. Departure tax rebates for tour operators were updated in December, with preference given to overnight guests, who receive double the rebate that is provided for day guests ($5 per head).

Along with the new VAT increase, a number of new items will now be excluded from VAT, including residential property insurance, medicines, utility bills under a specific amount ($100 for power, $50 for water), and many grocery items.

The exceptions will lower costs and help many Bahamians pay for these items, but other tax increases seem like a direct attack on locals versus tourists.

Dramatic increases on the taxes to video casinos, similar to the strip mall ones that dotted Florida a few years back, are viewed as a way to tax locals who are barred from many of the land-based resort casinos. Other fee increases, including commercial truck licensing fees and certificate fees, are also expected to negatively impact locals, while other fees, such as an increase in fingerprinting fees for casino employees and new port fees, are expected to affect tourists more.

The VAT increases also won’t affect the prices of duty-free approved items at merchants who participate in the Global Blue Tax-Free Shopping program.

Some have questioned the government’s expectations of raising an extra $400 million annually through the VAT increase, with concerns over how it may impact the nation’s tourist-driven economy long-term. But Deputy Prime Minister and Minister of Finance Peter Turnquest has pointed to the country as being one of the least taxed jurisdictions in the entire Caribbean, despite some evidence on the contrary.

Turnquest has also stated that the updates to the VAT with its numerous new exemptions were partly due to requirements set in place for the nation joining the World Trade Organization.

Even more updates to the taxes and fees in the nation are being proposed, including a $5-$10 per head tax on all tourists entering the nation with the proceeds going into a disaster recovery fund. Much of the current budgetary issues are directly linked to the numerous storms the country has faced in recent years, most notably Hurricane Matthew that is estimated to have caused more than $700 million in total economic damages to Grand Bahama and New Providence alone.