Turns out the Rays have a few assholes on the roster 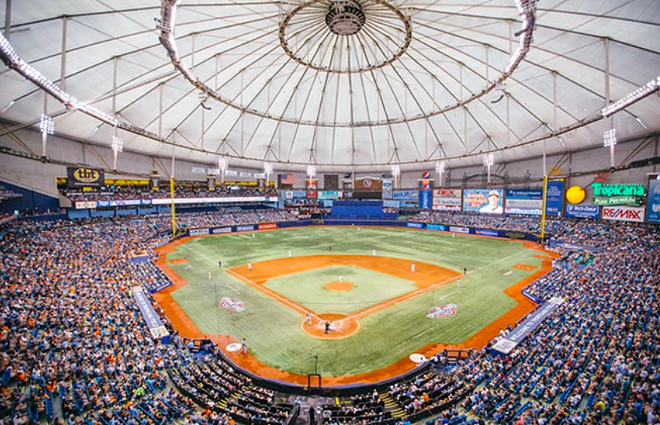 During the month of Pride — in a city that also holds one of the largest Pride celebrations in the nation, and in a state that is currently witnessing unprecedented attacks on the LGBTQ+ community — a handful of players from the Tampa Bay Rays felt emboldened enough to let everyone know that they are in fact, huge assholes.

During last Saturday's 16th annual “Pride Night” celebration at Tropicana Field, at least five Tampa Bay Rays players decided not to wear rainbow-colored logos on their uniforms and hats, citing their unwavering belief in a gay-hating version of Jesus Christ.

Adams was apparently elected to speak on behalf of the bigot boys, and said that they came to this decision because they doesn't want to encourage the “behavior” of those in the LGBTQ+ community.

“A lot of it comes down to faith, to like a faith-based decision,” Adam said, according to the Tampa Bay Times. “So it’s a hard decision. Because ultimately we all said what we want is them to know that all are welcome and loved here. But when we put it on our bodies, I think a lot of guys decided that it’s just a lifestyle that maybe — not that they look down on anybody or think differently — it’s just that maybe we don’t want to encourage it if we believe in Jesus, who’s encouraged us to live a lifestyle that would abstain from that behavior, just like (Jesus) encourages me as a heterosexual male to abstain from sex outside of the confines of marriage. It’s no different.”

Speaking to  WFLA, Ryan Thompson essentially stated that he did some research and discovered that he won't be able to get into heaven if he pretends to like the gay community too much.

"Those of us who decided not to wear the patch or hat spent a couple weeks in prayer and a deep dive into scripture on the subject at hand to come to the decision that we did,” said Thompson to the station, “If I believe the Bible is infallible and that everlasting life is attainable yet I bow down to public opinion in the name of tolerance, is that love? I don’t think so.” 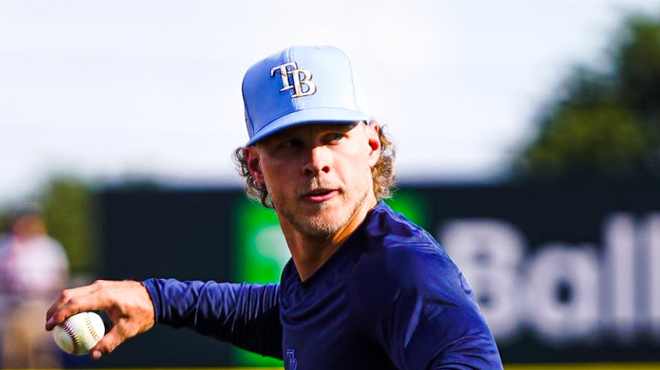 
It should be said that the Rays organization has a long history of supporting the LGBTQ+ community. It should also be noted that St. Petersburg is a historically gay-friendly city, and Tampa has an openly gay mayor,  which is why it's unfortunate a few pitchers opted to let fans know that the team can't even unify around something as simple as tolerance and support for marginalized groups.

The timing of the stunt also couldn't be worse for owner Stu Sternberg. On one hand our "Go woke, go broke" governor and his supporters will surely cheer on these players for standing up to the "gay agenda."

But the team absolutely needs the support from both mayors,  and in the coming weeks Tampa Bay leaders are expected to get a better idea of whether the Rays will stay in the region,  and more importantly, how many tax dollars, if at all, they'll receive for the next stadium site.

St. Pete Mayor Ken Welch is currently traveling and could not be reached for comment. However, when asked if Tampa Mayor Jane Castor would like to respond on whether or not she would still support a publicly subsidized stadium for a team that can't unify around LGBTQ+ rights, Communications Director Adam Smith replied, "No, thanks."