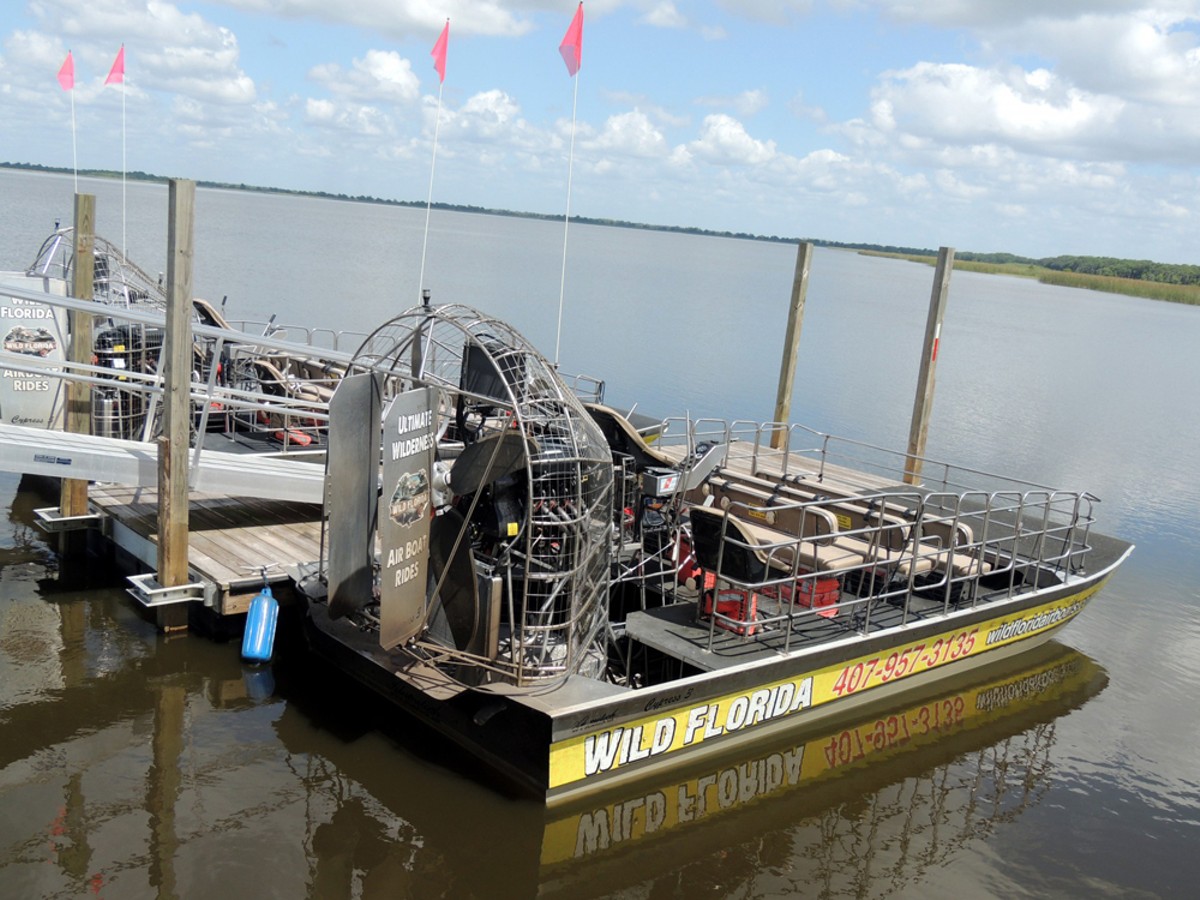 Orlando's many tourist destinations and theme parks are open for business as we go to press, but it's difficult to get a clear sense of what the future holds for local attractions. The majority of new park construction and expansion is on hold for the indeterminate future, so don't expect any new debuts or openings, beyond Universal's Bourne Stuntacular, for now. Now might be a good time to take in more venerable local spots like Bok Tower Gardens, but there's something on offer for everybody here. In May, Gatorland debuted their new Social Distancing Skunk Ape and we can't think of anything that better sums up our present, deeply strange moment.

See bald eagles, otters, blue herons and a lot of gators at this wildly popular airboat tour on the St. Johns River. On the outskirts of Orlando, Bok Tower Gardens is bursting with botanical gardens designed by famed landscape architect Frederick Law Olmsted Jr. Take in the natural wonders of Florida as you listen to the song coming from the iconic Singing Tower and its carillon bells.

Life-size dinosaur models reign over this attraction seen from Interstate 4. Walk among the dinosaurs, dig for fossils, or visit the kitschy museum.

Known as the "Alligator Capital of the World," this eco-preserve is home to thousands of flesh-eating reptiles and the trainers brave enough to wrestle them. Get close (but not too close) to see them eat and sleep, or zip-line safely above their marsh. Say hi to the Social Distancing Skunk Ape while you're there.

Right in the middle of Orlando's tourist district, Icon Park features the Wheel, a 400-foot observation wheel, marine animals at the Sea Life Aquarium, skeletons at the Museum of Osteology, your favorite celebrities at Madame Tussauds wax museum and the Orlando Starflyer, the world's tallest swing ride.

What's not to love about the 150-acre attraction dedicated to the tiny plastic building blocks and miniature humans that have been entertaining kids of all ages for decades?

Take a tour of the 363-foot Saturn V that took Americans to the moon and catch the lunar particles that still dust astronaut Alan Shepard's space suit.

Home to Florida's largest refractor telescope, the Orlando Science Center has a place for everyone. Children can explore KidsTown to their hearts' content, which includes a climbing area and pickable "orange grove."

Lose your terrestrial inhibitions by hanging out with the gliders at Wallaby Ranch. The ranch's aerotow system launches people (and their instructors) into the air for an unforgettable experience.

The most magical place on Earth is still open for business and going strong. The newer Star Wars: Galaxy's Edge land at Disney's Hollywood studios is proving to be a park fave up there with perennials like Space Mountain and the Haunted Mansion.