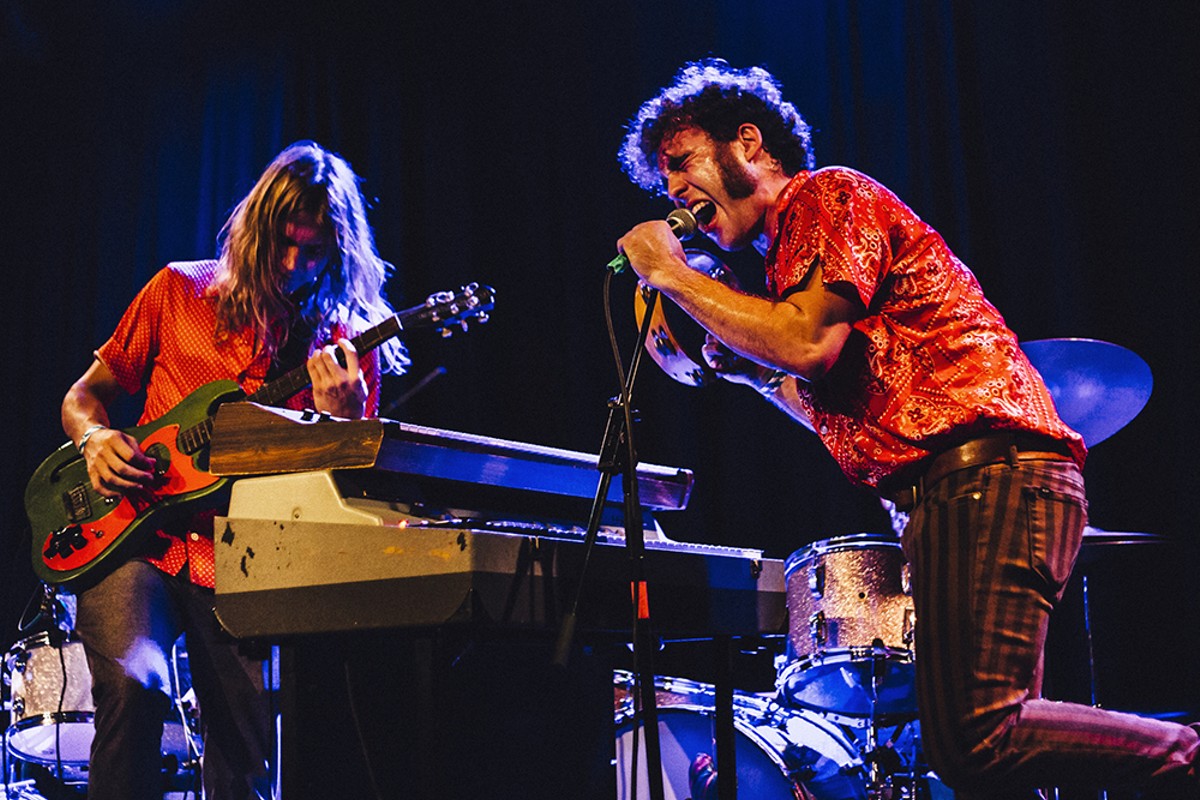 Before we go onward and upward, here's the official monument to Orlando music in 2015 for the time capsule.

Best band reboot: The Sh-Booms and Moon Jelly. With some major overhauls in both personnel and perspective, both already promising bands instantly went from cute to serious in astonishing style.

Best local breakout: Christopher Paul Stelling. The Daytona-born former local who got his start on Orlando indie collective Sleepybird Orphanage is finally an undisputably made man with this year's release (Labor Against Waste) on Anti Records.

Best new downtown live-maker: Marshal Rones. Although one of the newest, this young member of the mighty Foundation Presents booking group has proven one of its most enterprising by bringing local-centric live events like free Monday shows at Olde 64 and the about-to-launch Punk on the Patio back to downtown.

Best new heavy booking: Endoxa Booking. Pacesetting heavy-music promoter Non-Prophet Organization has very few peers, but Endoxa has emerged as one of them. With lots of notable credits around the state like the Southern Darkness Fest, Endoxa's not new. But the locally based promoter has really become an Orlando player this year and is fattening up the area's heavy music menu on a signficant scale.

Best music history porthole: Brazenblog (raybrazen.blogspot.com). Ray Brazen is a proudly local musician now, but he came up in one of the country's most pioneering music scenes (New York/New Jersey) during one of its most fertile periods (late '70s, early '80s). This year, he started documenting some of his scene memories, and his firsthand accounts of the great American underground are like story time for music heads.

Best local EDM history lesson: AAHZ's These Are the Breaks. All the AAHZ reunions are spirited and impressively enduring reminders of a time when Orlando was a global player in EDM, but this edition zeroed in on the party-popping breaks that made us originators.

Best satellite scene: Lakeland. With outstanding acts that have been opening eyes in local clubs like Omri Loved Celadon, Poster and Pilgrimage, this little burg has proven to have the greater area's most fertile soil lately.

Thinnest skin: The nerd scene. Nothing's more self-sabotaging to your bid for mainstream legitimacy than going full bitch en masse to a very mild and generally positive review of one of your shows. Other scenes have handled reviews a thousand times worse with a million times more of a sense of humor.