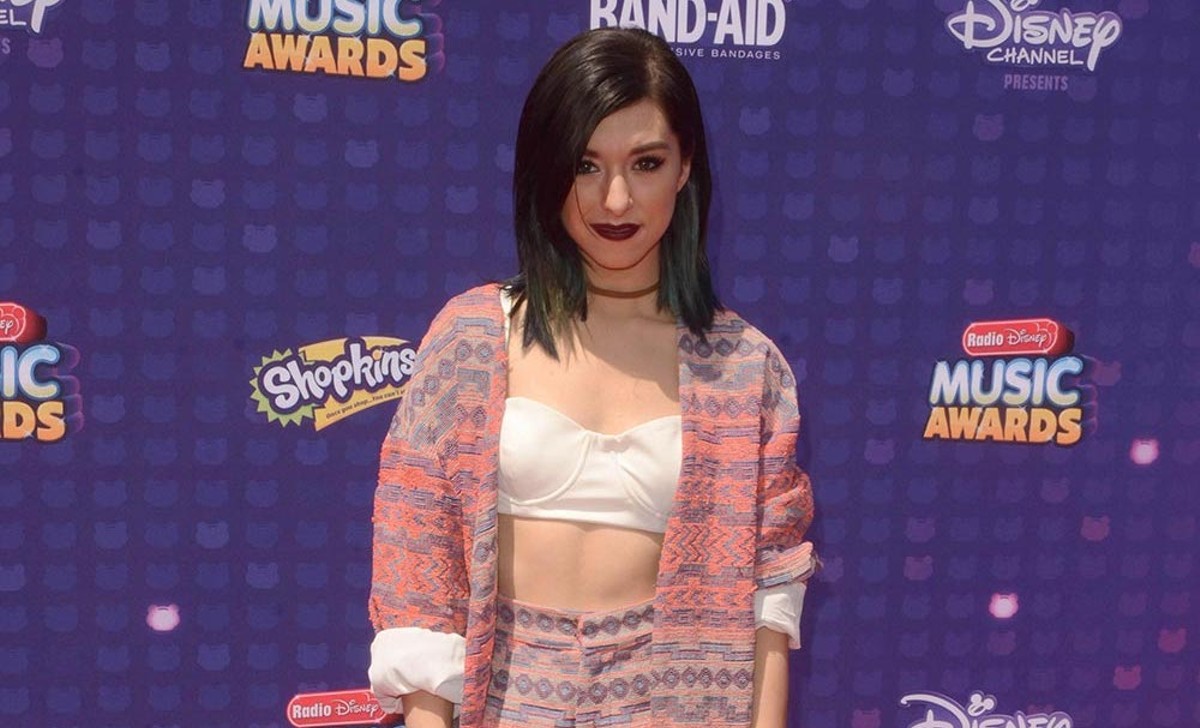 The murder of Christina Grimmie (1994-2016) was one of the most notorious tragedies in Orlando's history ... for about 26 hours, before her death was overshadowed by the Pulse Nightclub massacre. At first, conspiracy theorists on the internet believed that the two incidents were related, but the truth was far more mundane: A beautiful, kind-hearted, gifted young performer was struck down, not in her prime, but long before it. She deserved better from this world.

It was June 10, 2016, a Friday night. Grimmie had just finished performing at the Plaza Live, and she was signing autographs for fans. As a rising star in the music business, she had not yet developed the walls, both physical and metaphorical, that artists require for long-term success. She enjoyed being in the public, because she was still very much of the public, and it was her accessibility that led to her death.

Grimmie's killer (whose name will not be spoken here) was a delusional fool who had apparently convinced himself that they were destined to be together, or something like that. He shot Grimmie four times before being tackled by her brother, Marcus; he then took the coward's way out, which he should have just done to begin with, and spared all those onlookers the trauma of having to see what they saw that night. Said trauma, which radiated out throughout the state, and then around the world, was already white-hot by the time Pulse happened the next day, at which point the entire nation was suffused in near-nuclear heat.

It never really went away.

Grimmie came to the world's attention during her stint on the televised singing competition The Voice in 2014. She immediately stood out with her version of Miley Cyrus' "Wrecking Ball" and was quickly added to judge Adam Levine's team. She lasted the season, and ended up with a strong third-place finish. On the strength of her Voice performance, Grimmie inked a major label deal with Island Records — after both Levine and Lil Wayne offered to sign her — and released the single "Must Be Love."

The Voice may have raised her profile, but Grimmie had been making music long before reality television beckoned. She began posting videos of herself singing on YouTube as early as 2009, and quickly became a YouTube sensation. Soon thereafter she opened for Selena Gomez; appeared on Ellen, the American Music Awards and Radio Disney; and released several albums independently, all before The Voice. Grimmie had, in fact, just released a mini-album earlier in 2016, called Side A.

The murder of Christina Grimmie has disturbing echoes of somewhat similar tragedies, most notably the murder of actress Rebecca Schaeffer in July 1989. It remains unclear how Grimmie's killer was able to get two guns and a hunting knife into the Plaza, but the real disgrace is that he was able to own weapons at all. Her killer detailed his descent into madness exhaustively on social media, but even the reddest of flags are often covered by free speech laws, and victims have little or no recourse to securing their safety, aside from strapping up themselves.

These past couple of weeks have seen our nation fall back into its regular pattern of violence and recrimination. The trend of mass shootings in America, which has ticked steadily upward for years, abated only briefly in a global pandemic. Now that things have returned to "normal," or what passes for it these days, we've had over 200 mass shootings in America this year, and we're not even halfway into 2022. It's an election year, as it was in 2016, so the thoughts and prayers linger a bit longer than usual. But they all still fade out quick, washed away by fresh concerns, like crocodile tears in the rain.

Mass shootings get the most attention, as they must, but the everyday criminal reality is more mundane: Mental illness, untreated and unchecked, weaponized by global arms dealers who market their product deliberately to folks with bad intentions, results in men shooting women with a guns they never should have had. It happens every day in Florida, maybe more here than most, and hundreds of times a month all over America. Most of their names are immediately forgotten, if they were ever spoken at all; most die as anonymously as they lived. But Christina Grimmie's life was special, even if her death was not.

Grimmie's brother Marcus (alongside his parents) is doing his best to carry on her name and honor her memory, starting up the Christina Grimmie Foundation — one dedicated to providing monetary aid to victims of gun violence. And a new, previously unfinished single by Grimmie was released in March, "Rule the World." The song was finished by Marcus, with assistance from Grimmie's producer Stephen Rezza and young singer Ryan Brown (stepping in to "duet" with Grimmie's vocal tracks).

The joyous "Rule the World" is an oft-painful reminder of a promising career cut short, a fresh young talent silenced, a senseless tragedy whose effects will continue to reverberate for years to come. Grimmie's death has been sadly reduced to a collection of clichés, because stories like these happen way too often, and those of us who make our living telling you, the reader, about all this stuff are exhausted, mentally and emotionally.

Every tragedy like the one that stole Christina Grimmie from us creates a cadre of people who are, at that particular point, officially burnt-out, beaten-down, broken. She deserved better from this life, as do we all.