A friend remembers the local legend 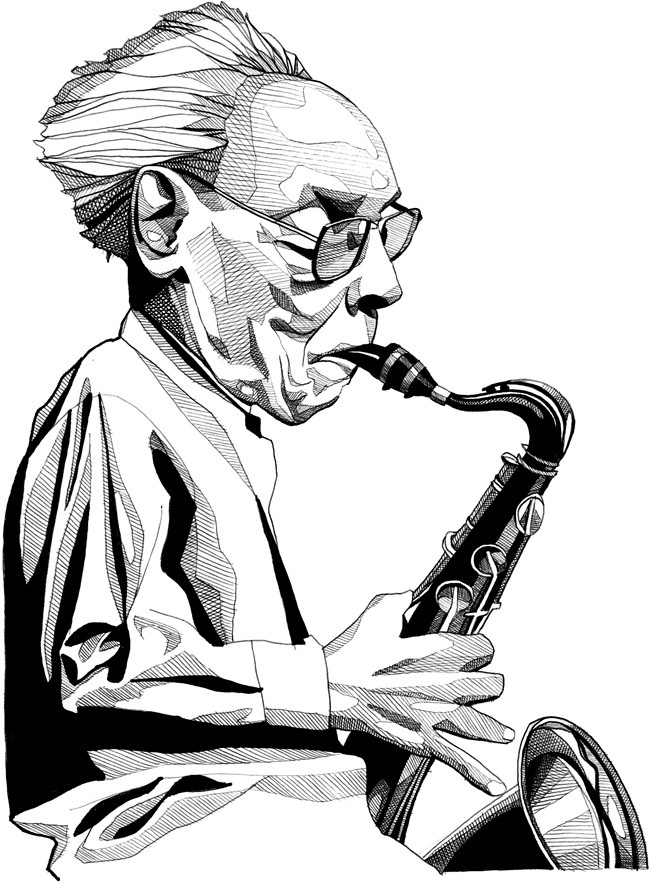 It’s as if this one was all for you, Orlando. Sam Rivers was truly among us from 1991 until the time he split on Dec. 26. If you’ve lived here for more than 30 minutes, you know that Florida is a methodical catch basin for established artists looking for the next, more temperate step in life – the warm place. That basic desire is how we became neighbors with Sam and Bea Rivers, the founders of the loft jazz era’s most celebrated location, following Rivers’ appearance with Dizzy Gillespie at what is now the Social.

We’ve bumped grocery carts with more than our share of iconic music types over the years in Central Florida. It would be a memorable day to have intersected with Roger McGuinn, Lee Hazlewood or Tiny Tim while picking up the soy milk. But none of our heralded transients, for their own entirely valid reasons, have made as enduring and active an imprint as Rivers. This tribute isn’t a “you missed out” finger wagging, but a summation of what we’ve had. It’s possible that you, without a trace of bullshit, can stake a claim to have heard Rivers play live scores of times and tell almost uniformly outrageous and profound tales of access.

Sam Rivers’ international legacy is just a search engine away these days, added to by a considerable number of obituary notices. The majority of his youthful musical impressions were formed in Chicago, experiencing its historical heyday for African-American music in the midst of the Great Migration. He got his start playing evening gigs with bluesman Jimmy Witherspoon while serving in the Navy during World War II. Following the war, Rivers attended New England Conservatory and became a long-term member of the Boston music community alongside jazz heavies such as Jaki Byard, Quincy Jones, Gigi Gryce and Charlie Mariano. During a stint in Florida, he channeled his tenor saxophone heroes – Lester Young, Coleman Hawkins and Ben Webster – by stepping into their role supporting Billie Holiday. Back in Boston, Sam and Bea often looked after an under-supervised 13-year-old neighborhood kid named Tony Williams, who quickly became Sam’s drummer.

Their musical communion led to Rivers leaving T-Bone Walker to briefly join the near-mystical Hancock-Carter-Williams version of the Miles Davis Quintet on the fly in 1964. In terms of available media, here we can trace Sam as an avant-gardist, thanks to several recordings from a Japanese tour documenting Rivers agitating the contour of Davis’ concept with the New Thing, influenced by Ornette Coleman and Cecil Taylor. Sam gravitated farther from the mainstream even as he recorded Fuchsia Swing Song, his first Blue Note Records release, and then joined the Cecil Taylor Unit in 1969, the ultimate banzai charge for a jazz player – there was no return once you’d committed.

Around the same time, the Rivers clan moved into a two-story space on Bond Street in downtown Manhattan, and the basement became Studio Rivbea, the gold-standard loft-jazz venue for creation and experimentation by non-commercial players. As he rolled through the early ’70s, Rivers’ small groups were touring Europe and North America extensively, developing his concept of spontaneous composition – no pre-set anything to start, unfolding a wide-open palette of melodies, idioms and rhythms each time. Committed to his vision, Rivers largely abandoned the prospect of contributing to the standards books, leaving major festival appearances and magazine covers behind.

A number of rhythm combinations backed Rivers’ earliest rehearsals and occasional appearances in Orlando, but he found the most distinct formulation since his vaunted Dave Holland–Barry Altschul trio in bassist Doug Mathews and drummer Anthony Cole. Together, they created an almost vaudevillian, recombinant band offering free bop, out funk, ballads, ruminant impressionism and, of course, the fire. Knowing Rivers’ stubbornly persistent career path, his commitment to his telepaths in the Orlando trio and Rivbea Orchestra wasn’t surprising, but I bore witness to how it kept him from climbing all the way up the grandmaster/comeback-kid ladder favored by editors and producers in search of an engaging narrative. Record dates and festival offers with jazz stars were roundly crumpled up; Rivers’ loyalty cost him much, including a grail-like Verve Records contract offer in the late-’90s and appearances at many international improv round-robins.

As one of those “other music” geeks, I was commonly surprised and internally entertained by how many citizens took advantage of Rivers’ appearances, and doubly so when musicians’ styles and output were redirected by Sam’s radiance. The jazz players were let out of the barn, free from the grumbling, Sansabelted jazz police, unmediated within Sam’s orbit. Post-punk, punk and funk bands became more experimental and far-reaching having interacted with him. Some of the DJs of the halcyon 1990s Orlando dance scene inserted less surefire language into their sets and stepped closer to the edge.

Sam Rivers trended on Twitter on the day after his passing, and mentions of Beatrice, loft jazz and free jazz cascaded in. A five-missive suite from Red Hot Chili Peppers bassist Flea ended with, “It is my aspiration in the Chili Peppers to make people feel as good as Sam Rivers made me feel.”

Back to you, tertiary arts market townie. You might have your stories in place about the Rivbea Orchestra residencies at Pinkie Lee’s, the Sapphire Supper Club, the old Will’s Pub or the Plaza Theatre. Possibly, you risked life and limb on S.R. 520 late at night to see those unlikely, formative trio sets at the Lazy Bean in Melbourne. If so, then you know better than anyone that we were all very lucky.