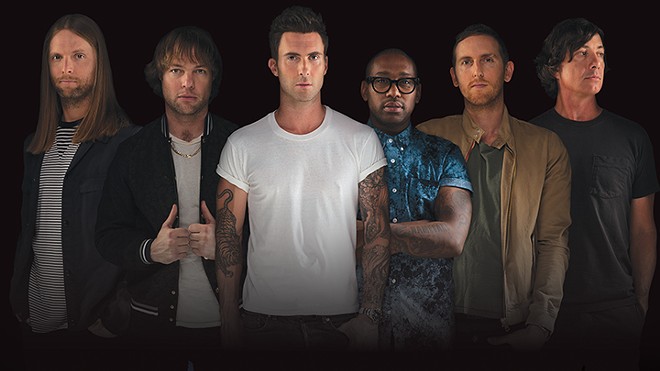 Maroon 5 will play an exclusive concert for after-hours guests at Universal Studios this August.

The band that released one genuinely great album (Songs About Jane hive rise up) before realizing making a lot of money was also cool will perform a concert for Universal's guests during a weekend of after-hours events and parties the park is calling "Music After Dark."

The weekend passes include stays in Universal resorts, a private block party at City Walk and after-hours access to the parks. The weekend runs from Thursday August 25 to Saturday August 27, culminating in the show and a night-time opening of the park from 7:30 p.m. to 1 a.m. Guests will be treated to unlimited food and drink during the event.
“It's always special when we perform an intimate show for our fans; we're looking forward to a fun night with fans from all over in this unique performance setting," said Maroon 5, in what we hope was terrifying unison. Three-day packages start at $995 per person. Single night tickets are selling for $495. More info can be found at Music After Dark's website.