Hi-Rez proves his Big Mac reputation this weekend at Backbooth 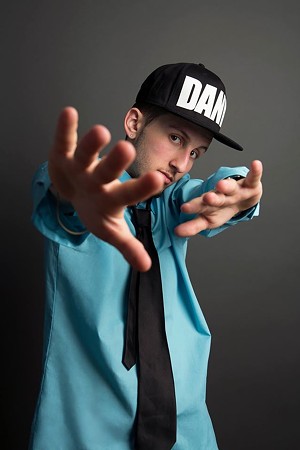 At the end of April, Ft. Lauderdale rapper Hi-Rez posted a video on his YouTube channel (@zipkid99) where he rapped his entire McDonald's order while at a restaurant in New York City. He basically flows through the whole menu (and a McFlurry, two of those!) while the cashier makes absolutely no attempt to push any buttons to keep up. The video went viral and has more than 4 million views as of this writing, which basically means the rapper can amass fans faster than the world's biggest fast food chain can accommodate his order. But he’s more than his Big Mac reputation – the young rapper’s lyrics are heartfelt and contemplative and his mixtapes always seem to balance out the pounding party starters with rugged sluggish tracks that require more digestion.