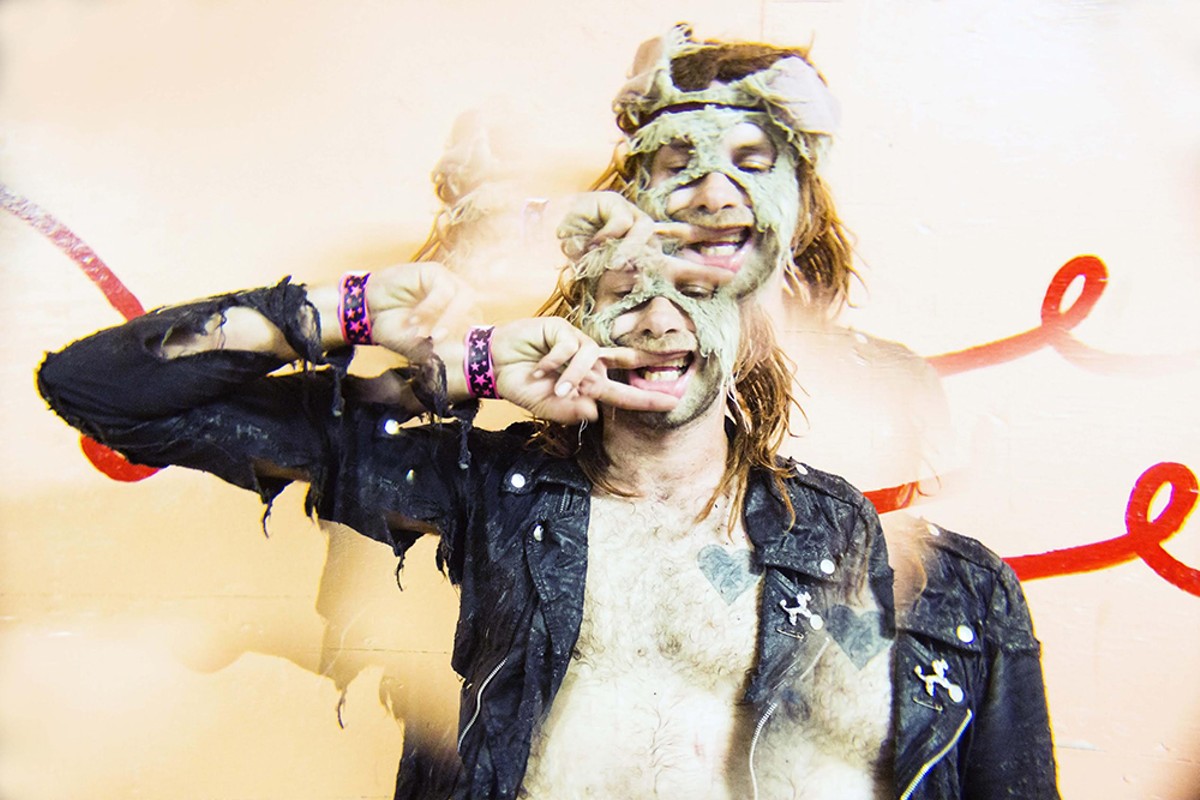 In today's endlessly diverse artistic world, is it even possible to be a true original? To stand so far apart from the mainstream that regular folks don't know what to make of you? To marry the high and the low, the garage-rock raunch and the twisted romance, in such a way that moralistic critics are swept up by the bubblegum-pop charm? To build a cult following even though your combined output over 14 years consists of just four LPs, a handful of scattershot singles and a couple of hard-to-find compilations – one even appropriately titled Secret Songs?

In Nobunny's case, the answer is yes – as in, he's as original as it gets. Who else performs wearing a tattered rabbit mask, women's underwear and occasionally a ball gag, among other smutty attire? With this underground icon returning to Orlando just four days before Thanksgiving, we thought it more than appropriate to compile our top five reasons to be thankful for Nobunny.

1 As a kid growing up in Chicago, he appeared on The Bozo Show – twice. Anybody who grew up in the '80s remembers the sad allure of WGN's weirdest and most famous variety show. Believe it or not, the man born Justin Champlin sat in the audience on two occasions – and eventually wrote a heartbreaking song, "I Was On (The Bozo Show)," linking the experience with his time as a heroin addict. "In another time, clowns made children happy and the circus was fun," he told the San Francisco Bay Guardian in 2010. "But now they've become just another relic, tarnished by the more common association that their images are horrifying and that they are to be feared."

2 Nobunny began his cunicular career as an Elvis impersonator. True story – the whole rabbit-mask idea came circa 2000 after Champlin moved to Tucson, Arizona, to get sober and was inspired to put a new spin on paying tribute to the King. "I'd been in a lot of masked bands before," he told Razorcake in 2008. "I find it a lot easier to do what I do with the mask for sure. Even, sometimes, when I'm actually not in the mood necessarily to go on stage. Sometimes if I'm tired or not feeling well, as cheesy as it sounds, when I put the mask on ... it's so much easier to get into character."

3 He counts everyone from Hasil Adkins to the Cramps to GG Allin to Michael Jackson as music and performance influences. Adkins lent Nobunny the lo-fi one-man band vibe, while Lux Interior and GG inspired his wild onstage histrionics. But MJ? Nobunny says it's all about the disguise. "Michael Jackson was my first obsession," he told the San Francisco Bay Guardian in 2010. "I wanted to be him. I still want to be him. According to Rocktober's History of Masked Rock 'n' Roll, MJ was a masked musician with all his surgeries and whatnot. We all wear masks – some are just easier to spot than others."

4 On Nobunny's 10th anniversary – Easter 2011, of course – he performed at the Playboy Mansion. Although even Champlin admitted total confusion about how exactly he landed such a sweet gig. "[We went] on tour right after that, but I kinda [thought] why bother?" he told L.A. Record in 2011. "Just retire after that. It's like going to the moon and eating an egg on it – like starting a rock & roll band then playing the Playboy Mansion. What are you supposed to do after that?"

5 He loves Florida in general – and Orlando in particular. "I'm a big fan of the Gainesville scene," he told Folio Weekly in 2014. "And the folks at [Orlando's] Florida's Dying were the first to ever fly me anywhere, for their Total Punk Fest. I'm down with Florida, even if the highways freak me out: the Ronald Reagan Turnpike, billboards for abortion and surfing ...."