Bad Bunny is a fan of pro-wrestling, and World Wrestling Entertainment is a fan of Bad Bunny 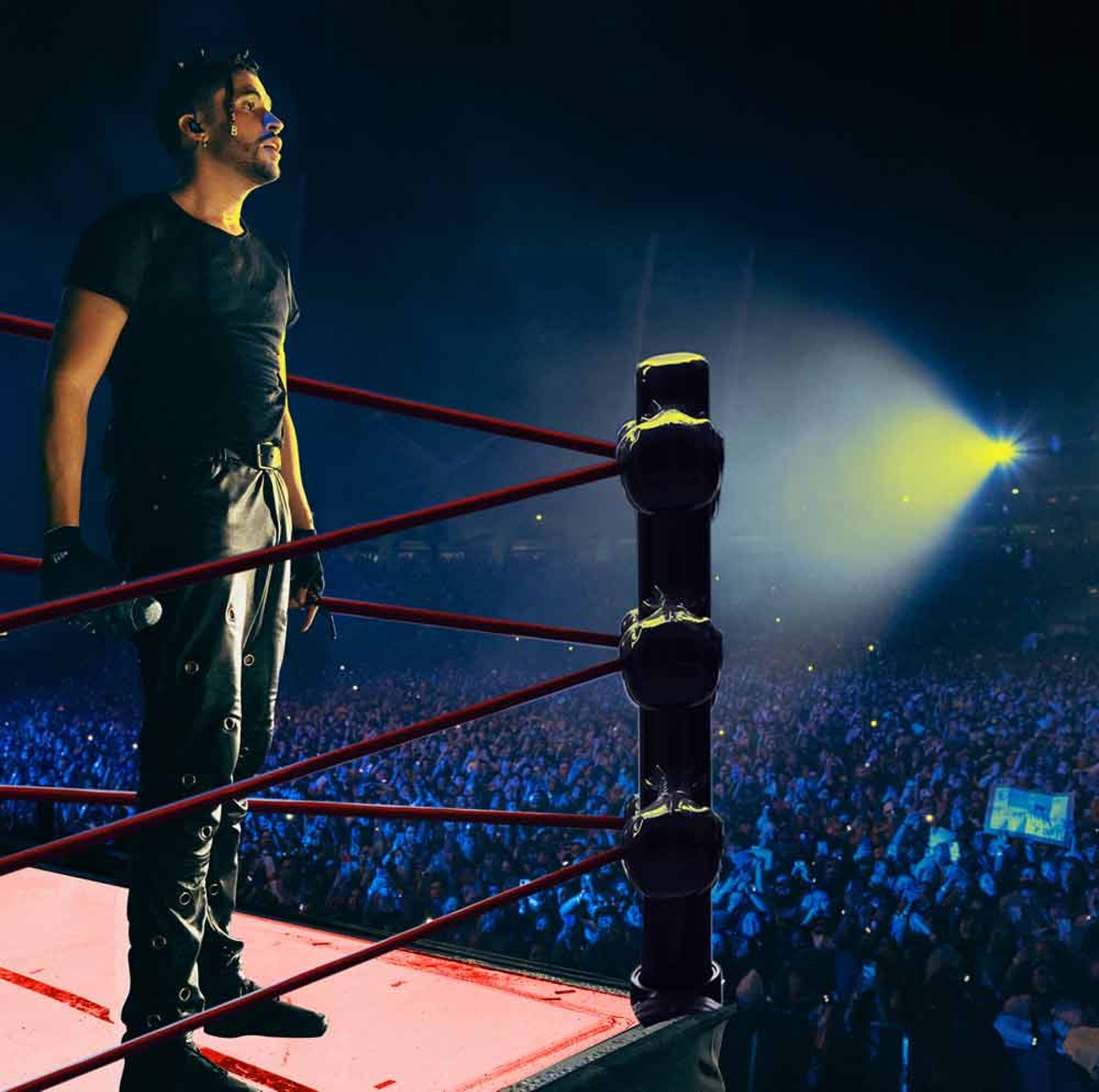 Given the rapid success that Bad Bunny has found in the world of professional wrestling, some fans may be surprised that he hasn't pursued the craft on a full-time basis.

But there's a very good reason for that: He's actually a phenomenally successful musician, as the audience at his upcoming sold-out Amway Center shows can gleefully attest.

Bad Bunny has been a wrestling fan since birth, and stands out among the most successful celebrities to ever dabble in the business.

BB made his WWE debut at the Royal Rumble in January 2021. He sang his song "Booker T" alongside the titular hall-of-famer, and later got into a fracas with the Miz, a wrestler who seemingly exists specifically for these types of projects.

Their feud culminated with a match at WrestleMania 37 in Tampa, where he teamed with rising star Damien Priest to defeat the Miz and John Morrison in tag-team action. (Incidentally, at this year's Wrestlemania Miz is teaming with the villainous Logan Paul to face Rey Mysterio — the greatest high-flyer of all time — and Mysterio's son Dominick, so if Bad Bunny were to return to the ring, this would be a great time.)

He is currently undefeated — 1–0 — in regular WWE matches. Hell, he's already held a title, beating Akira Tozawa for the 24/7 Championship belt in February 2021 and holding it for a month. His was the 138th reign with a title that didn't even exist until May 2019, so there's that.

In canon, Bad Bunny gave the title to the 24/7 GOAT himself, R-Truth, in exchange for some "Stone Cold" Steve Austin merchandise. We would have done exactly the same thing.

Bad Bunny was widely praised by wrestlers and fans alike for the effort and preparation that he put into his ringwork, and the results rank in the upper tier of such endeavors. The one thing that everyone said about his work is that you can tell he's a fan of the business. The musician even busted out a Canadian Destroyer on John Morrison outside the ring during his Mania match — no mean feat.

Bad Bunny made multiple appearances on WWE television and social media in the weeks before and after the match, and was publicly endorsed by veteran icons like Mysterio, Triple H and even the Undertaker, who has gone so far as to introduce Bad Bunny at some of his concerts.

Bad Bunny faced his toughest test as entrant No. 27 in this year's Royal Rumble match. He lasted almost eight full minutes before encountering the eventual winner, one Brock Lesnar.

That went just about the way you would expect, ultimately, but he did end up eliminating Dolph Ziggler and Sheamus, both of whom are former world champions. There's no way that he would be allowed in the ring anywhere near Lesnar unless the company truly respected his hustle.

Bad Bunny is not currently booked for WrestleMania at the end of the month, but with WWE trying to fill that stadium in Dallas for two nights in a row, it is entirely possible that he'll be doing something there that weekend.

If that's the case, you can be sure that he is already prepared, as always.