The Witch is a Puritan nightmare come to life 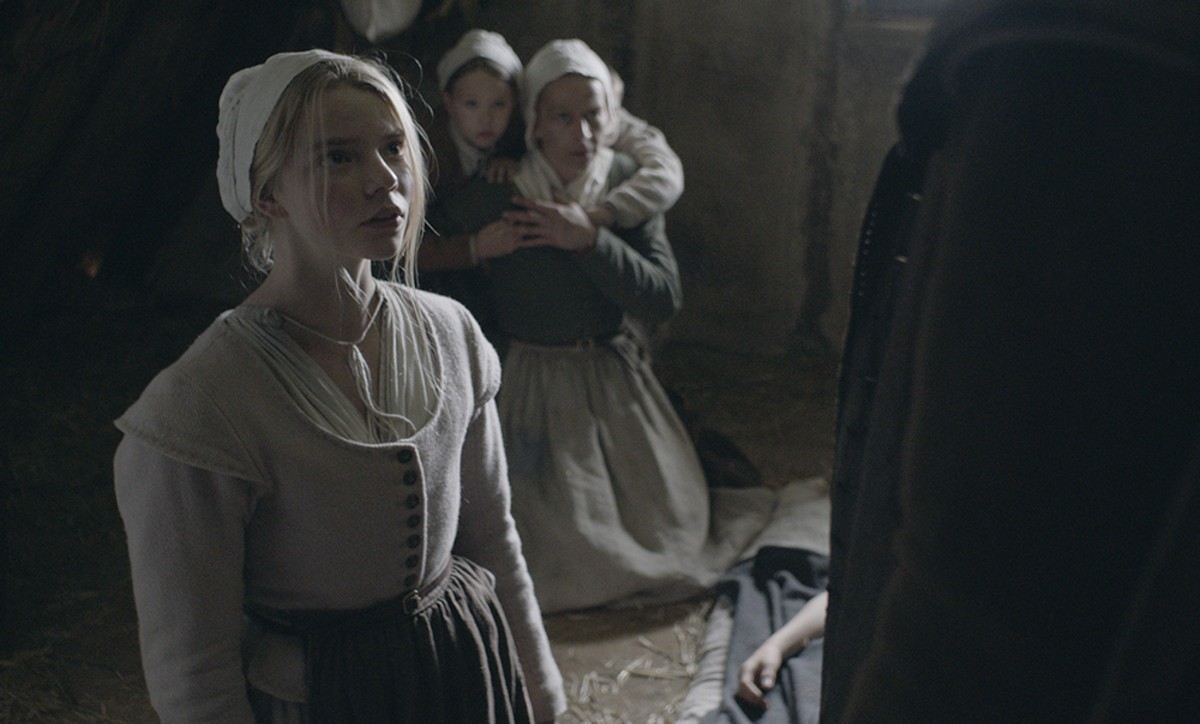 While the 17th-century Age of Enlightenment brought about a wave of reason in European politics and religion, the Puritan riffraff over in New England still saw the Devil around every corner. Got a toothache? You're not praying hard enough, pal. Did you dream about your neighbor? Then she's most certainly a witch. A hailstorm isn't just a hailstorm. The neighbor's pig that wandered onto your land isn't just a pig. To people consumed with prayer and chores, everything had meaning, and that meaning was usually the Devil.

Against this backdrop of sinful causality is writer-director Robert Eggers' richly detailed debut film, The Witch. Set decades before New England (especially Boston's North Shore) was seized by full-blown witch hysteria, Eggers' film traces one family's descent into bewitched paranoia and madness. Within the first five minutes one thing is very clear: The titular witch is real. It's not a metaphor for some deeply rooted social issue hounding contemporary society. It's an actual old hag who lives in the woods and greases up her broomstick with baby guts.

It's a smart move by Eggers that hooks the audience right off the bat. From there we ease into the story of patriarch William (Ralph Ineson), a fella so hard-core religious that even the Puritans banish him from their town. He pulls up stakes with his family and settles in a clearing near the edge of a thick wood. There they live a quiet, pious life of raising corn and repenting (seriously, always repenting). But then the witch of the wood steals the baby away, and things quickly begin to collapse at the homestead. The crops fail. Wildlife becomes scarce. The twins start talking to the goat named Black Philip (who chews scenery like it's hay).

As more supernatural calamities rain down on the family, they begin to accuse one another of witchcraft. The eldest daughter, Thomasin (Anya Taylor-Joy), takes the brunt of these attacks, as she was supposed to be watching the baby when he vanished. Eggers and his terrific ensemble do a bang-up job of getting us inside the minds of the family members as they descend into frenzy. William and his wife, Katherine (Kate Dickie), struggle to understand how evil could intrude their God-fearing home. This grapple for their souls leads to some gut-wrenching scenes between husband and wife.

Eggers' attention to detail is so deep that much of the antiquated dialogue is (allegedly) taken verbatim from journals and court transcripts of the time. It may be difficult for some to follow (I know I missed at least half of what William says), but once you get used to the rhythm, the dialogue adds greatly to the immersive atmosphere. And, boy howdy, is The Witch choked with atmosphere. Eggers and cinematographer Jarin Blaschke frame every single misty shot with a meticulousness that builds the tension every step of the way. It's a gorgeous, rustic palette plush with colonial anxiety.

Adding to the authenticity is the laundry list of occult imagery ripped straight from accounts of 17th-century witch trials. Animal familiars, human-animal suckling, the Devil's book, the man in black, convulsions, inability to remember prayers – it's all there in beautiful detail that adds terrifying weight to the film.

That said, there were a couple of moments in which I felt that Eggers showed a little too much. When it comes to horror, my visual preference is less-is-more. There was even one moment that was downright cheesy.

Aside from that, The Witch is a fine achievement in folk horror. The authenticity of dialogue, design and dress adds a rich layer to a genuinely disturbing tale that's sure to get under the skin for days. And when a film is endorsed by the Satanic Temple, which calls it a "transformative Satanic experience," you know you're in for some shit.