Orlando is about to lose one of its last weird McDonald's 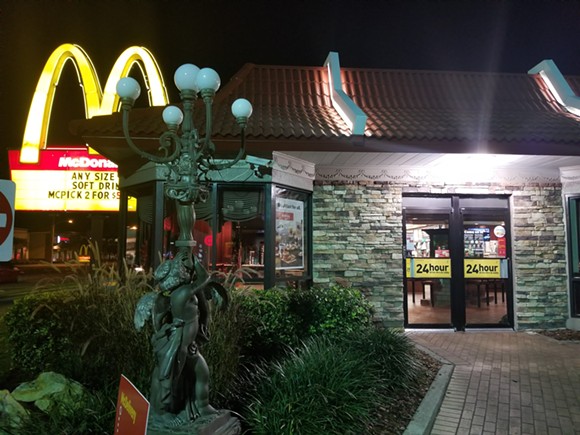 In SODO sits one of the last unique McDonald’s in Central Florida.

The region used to be filled with these oddly decorated McDonald’s, but soon we’ll have one less. The SODO at 2504 S. Orange Ave. is currently going through the permitting process with the city to have the 1988 building demolished and replaced by a generic, modern “pretend this a Starbucks” McDonald’s. 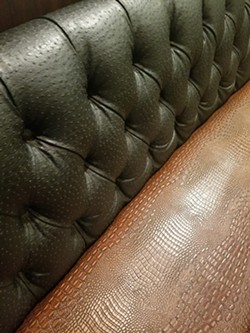 A faux gator and ostrich leather booth at the SODO McDonald's
The SODO McDonald’s is known for its classy “Historic Orlando” decor that includes old photos of the city, a large fireplace, and high-end seating. The booths and wingback chairs, lined with faux ostrich and gator leather, sit at tables with wrought iron bases. A large freshwater fish tank is filled with various cichlids, a crawfish, and giant goldfish.

Over the years the interior has gone through multiple changes. At one time this McDonald’s was a typical store but parent company Oerther Foods transformed it into something special.

Oerther used their stores as showcases of what a dull fast food joint can truly become. A location in MetroWest was safari-themed with murals and a set of tiki figures that sung Beach Boys songs. Near Universal, a motorcycle-themed location had Americana paintings on the outside of the building and life-size motorcycles on display inside. A Key West-themed location still exists near the Orlando International Airport. The Bistro Gourmet concept expanded beyond Orlando, but in recent years has been removed from all local stores except the Epic McDonald’s on I-Drive, it being another Oerther location. Many of the large furniture pieces have been removed from the SODO McDonald's but with a faux fireplace and a fish tank, it still remains one of the most welcoming McDonald's around.
Over the years, the Oerther Foods locations have quietly shifted back toward the generic corporate McDonald’s experience. Even the World’s Largest Entertainment McDonald’s now feels like a typical bland modern McDonald’s with a few pizzazz moments, not like the confusing sensory overload that the former location was.

The MetroWest location was redone to the generic look a few years ago, as was a location on South OBT and the Kirkman location near Universal.
click to enlarge 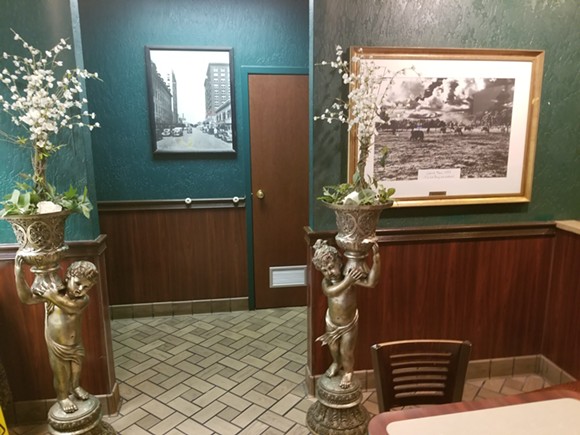 Back on Orange Avenue, the redo is currently going through the final approvals with the city. The new building will sit next to Orange with a drive-thru that hugs the rear parking lot, similar to the rebuilt Taco Bell next door. The new building is roughly the same size as the current one but with the giant shoebox look of most recent fast-food buildings.


RELATED: 22 photos of the Sand Lake Road McDonald’s, the weirdest McDonald’s of all time

At this time there’s still no word on whether the inside of this generic, bland big box of boringness will retain any of the things that make a trip to the SODO McDonald’s special, but if any of the recent McDonald’s "improvements" around town are any indication, the fish tanks and ostrich leather will soon go the way of the McDonald’s Bistro Gourmet Shrimp Alfredo. 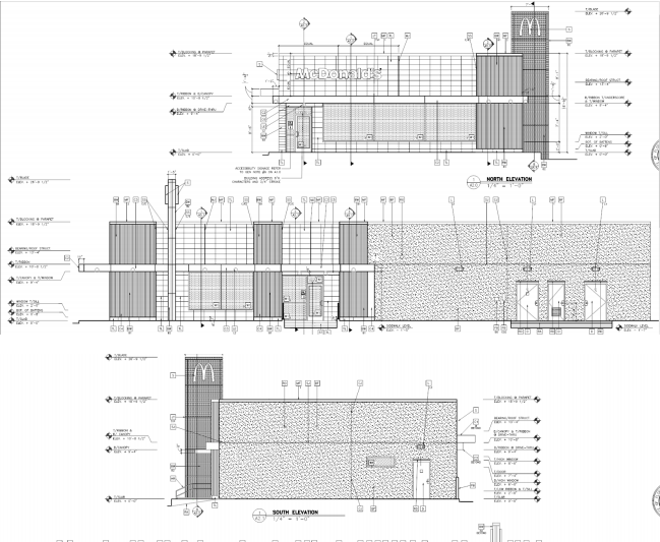 Image via City of Orlando