Immersion, a zero-waste, science-based restaurant inside a private Orlando club, opens this spring 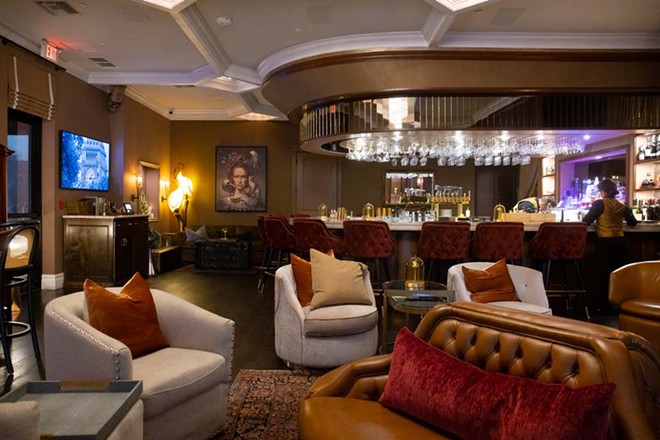 London House may be a private, members-only club, but the high-society hotspot will open the doors of its boutique restaurant to non-members when Immersion at London House by Chef Rikku emerges April 2. (An early version of this story implied that London House is open to the public, which is certainly not the case. We regret the error.)

That is, Immersion will open its doors to those who can foot a few hundred dollars to dine at the tasting menu-only concept fronted by journeyman chef Rikku Ó'Donnchü. Members get first crack at reservations.

The English-born talent arrived at the London House in January with a stated goal — "to start a collection of Michelin stars and to be part of the first restaurants in Florida to achieve that."

Hey, at least the man is honest.

But while that Michelin star has eluded the 37-year-old chef, he's amassed some impressive creds nonetheless: stints at Michelin-starred Hambleton Hall in Rutland, England; stages at the Fat Duck and French Laundry; and not just working for Marco Pierre White, the enfant terrible of British cookery, but coming out the other side relatively unscathed.

In 2016, he appeared on MasterChef: The Professionals, then opened Gåte Restaurant in Stellenbosch, South Africa, where he won numerous Luxury Restaurant Awards including Best Head Chef (Global), Haute Cuisine (Global) and Molecular Cuisine (Global) in 2019. It's where Ó'Donnchü immersed himself in a modernist approach to cooking while adhering to sustainable and low-carbon-footprint practices.

That's what Ó'Donnchü aims to bring to Immersion — a sensorial dining experience where texture, scents and sounds are as important as taste and aesthetics. From beginning to end, he says his tasting menu will tell a story with a very defined message rooted in the issues he's passionate about: science, climate change, sustainable farming and zero waste. 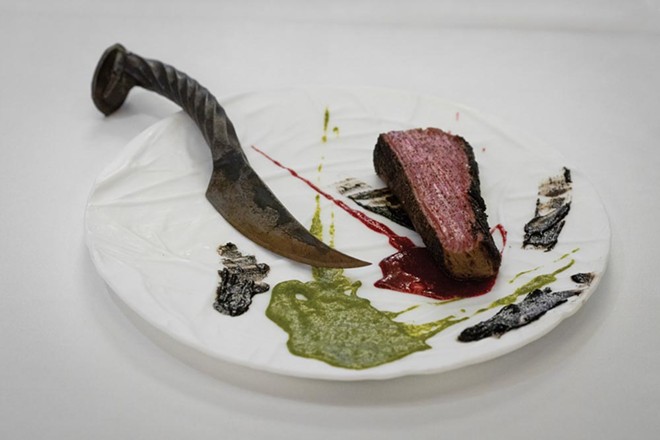 "We're going to implement operational, science-based techniques to tell this story, to deliver this message," he says. "At times it will be controversial, but we want it to be thought-provoking. How do we maintain a low carbon footprint? We'll use science to present an environmentally conscious approach in recuperation of material."

That means fish tails and fins will be dehydrated and turned into a low-sodium, high-flavor salt; fish skins will be turned into cracklings; and invasive and non-native species like lionfish, Egyptian geese and bamboo will consistently find their way onto Ó'Donnchü's multi-course menu.

In addition to a wine sommelier, a water sommelier will oversee a "luxury water list" for guests who prefer varieties of Adam's ale with their meal. "Molecular" drink pairings and what's being billed as a "one-of-a-kind Bordeaux list" will add more loft to an already lofty meal. 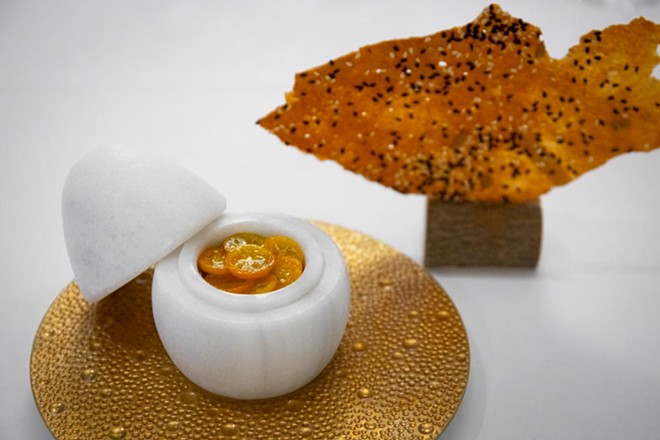 Art and music will also be intertwined into this immersive tasting experience that Ó'Donnchü says will change weekly.

"It will be detail-oriented, but it will be playful too. We want to deliver serious messages by not being overly serious."

Well, except when it comes to that Michelin star.

Cost for the dinner will be $345 with a chef's table experience running $495, not including beverage pairings.