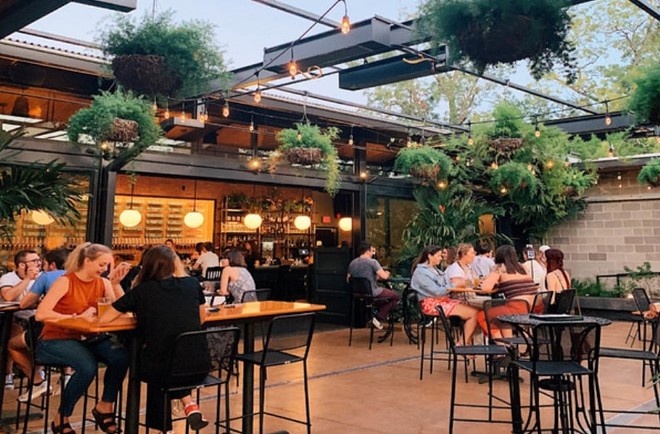 Operating under the name SODO Wine Company, the Eola folks will sell their truth serum from a kiosk on the site. No menu has been shared, but the EWC's mix of charcuterie, craft beer, wine and small plates gives us an idea of what will be on offer. 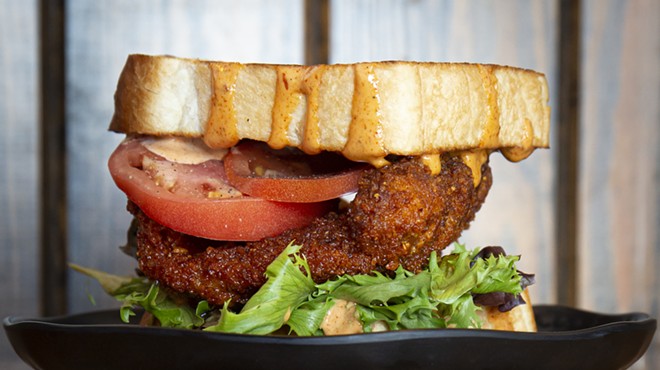 
The Hub plans to operate several small bays where startup restaurateurs can sell their wares. The bays are behind garage doors that are rolled up to allow access from the exterior dining area. Outdoor tables ring the property's L-shaped main building, with a beer garden nestled in the crook. In addition, both the beer garden and one of the smaller dining areas feature stages for live entertainment. On the same lot in a free-standing building, the developers plan to put a small deli. 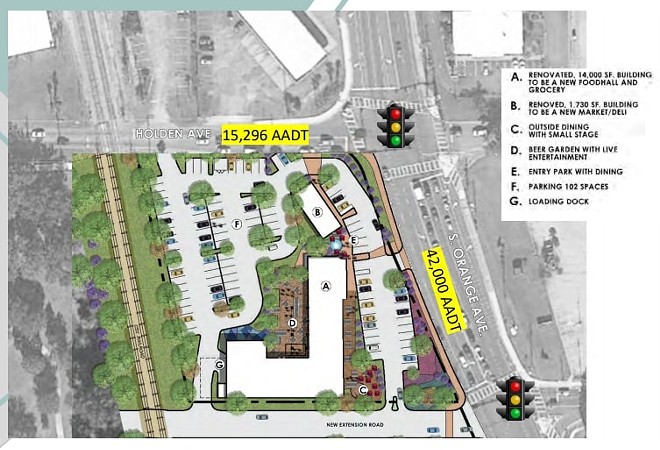 Courtesy of Acre Commercial Real Estate
A proposed plan of the food hall space at 4710 S Orange Avenue
The entire project is catty-corner from another planned food hall on S. Orange Avenue, the Gatlin Food Hall. That space is a reimagining of Edgewood's former Fort Gatlin Shopping Center and has been in the works for several years.