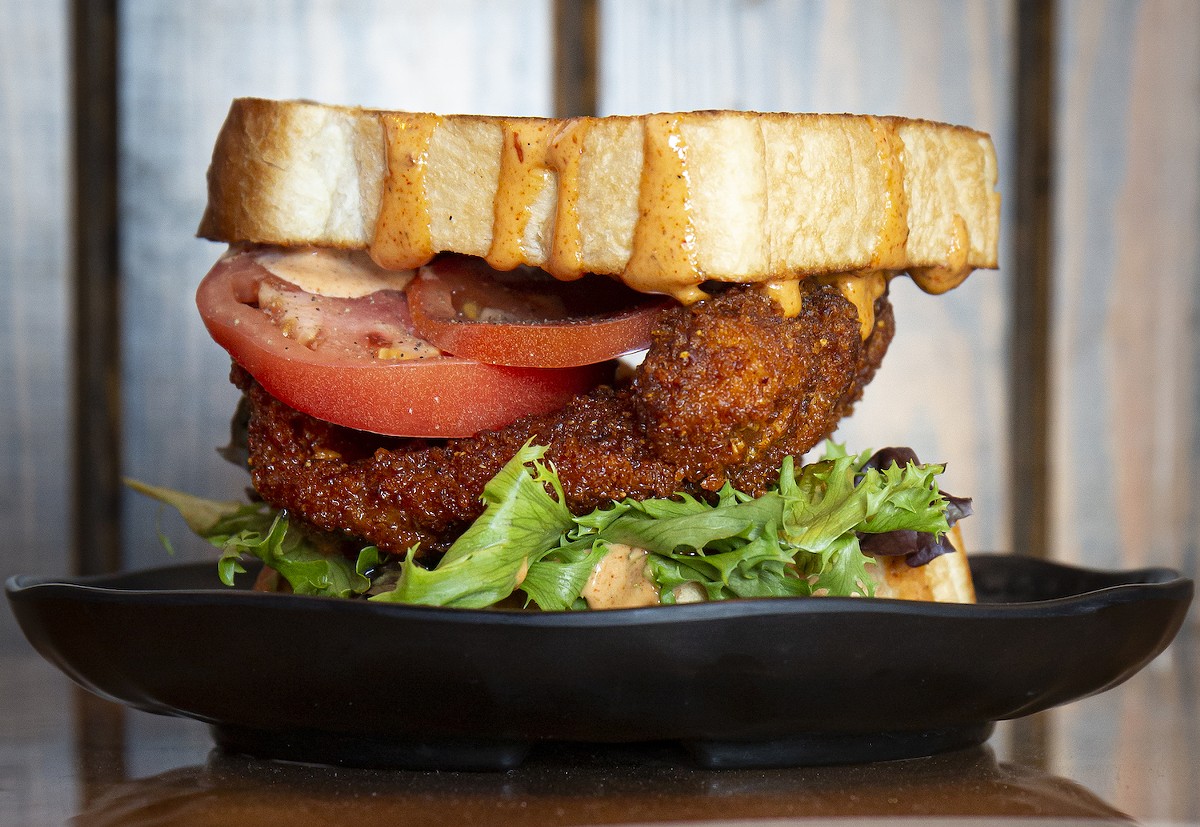 Let's put 2020 where it belongs — in a slop-filled dumpster strewn with red baseball caps coated in fryer grease and set ablaze by a flamethrower-brandishing Anthony Fauci. That destructive image helps nurture a sentiment of hope and optimism within me, particularly when looking ahead to what the next 12 months will bring to our battered restaurant industry. The good news? Many eating establishments aren't just showing signs of life, they're beginning to thrive and expand. Restaurants and food halls that were slated to open last year, but didn't, will open this year, and an exciting batch of boutique boîtes fronted by equally exciting young culinarians will bring chef's tasting experiences to the masses. Hope, indeed, sits on the horizon, and if this list of newly open and soon-to-open restaurants is any indication, 2021 will be a year that'll live in normality. — Faiyaz Kara

Black Rooster Taqueria
When John and Juliana Calloway, the high priest and priestess of Orlando's taco scene, expand their Black Rooster Taqueria concept to the Hourglass District this spring, the new location will be double the size of the Mills Avenue original and feature a sizable pet-friendly outdoor patio with plenty of seating and enough space for games. The larger kitchen will allow the pair to grow catering operations and expand offerings — think brunch. (Opening March, 3097 Curry Ford Road, blackroostertaqueria.com)

Bombay Street Kitchen
From the folks behind Bombay Cafe on South OBT comes a joint specializing in the street fare of Mumbai, Delhi, Chennai, Bangalore and beyond. Expect everything from pani puri and kathi rolls to momos and potato chaat. (Opening February, 6215 S. Orange Blossom Trail, bombaycafeorlando.net)

The Bridge
A "New York-style" restaurant will move into the slick space previously occupied by upscale vegan resto Proper & Wild. The menu will be "contemporary American," though a couple of vegan dishes might find their way onto the menu. (Opening March, 155 E. Morse Blvd., Winter Park, thebridgerestaurant.com)

Bumby Arcade Food Hall
An 18-stall food hall incorporating the gorgeous space of the Orchid Garden on Church Street will undoubtedly draw more people to the venue than in the old Church Street Station days. Vendors, like Susuru Yatai, promise to be as worthy as the Victorian-ish architecture. (Opening fall, 116 W. Church St., no website)

Chicago Dog & Co.
If you'd rather slap yourself in the head with a deep-dish pizza than make the trip down to Portillo's for a Chicago-style dog, this little family-run joint in Altamonte will give you a true taste of Second City wiener authenticity. And, yes, they'll have Italian beef sandwiches, tamales and smashburgers on the menu as well. Don't ask for ketchup. (Opening March, 1113 W. State Road 434, Altamonte Springs, chicagodogandco.com) 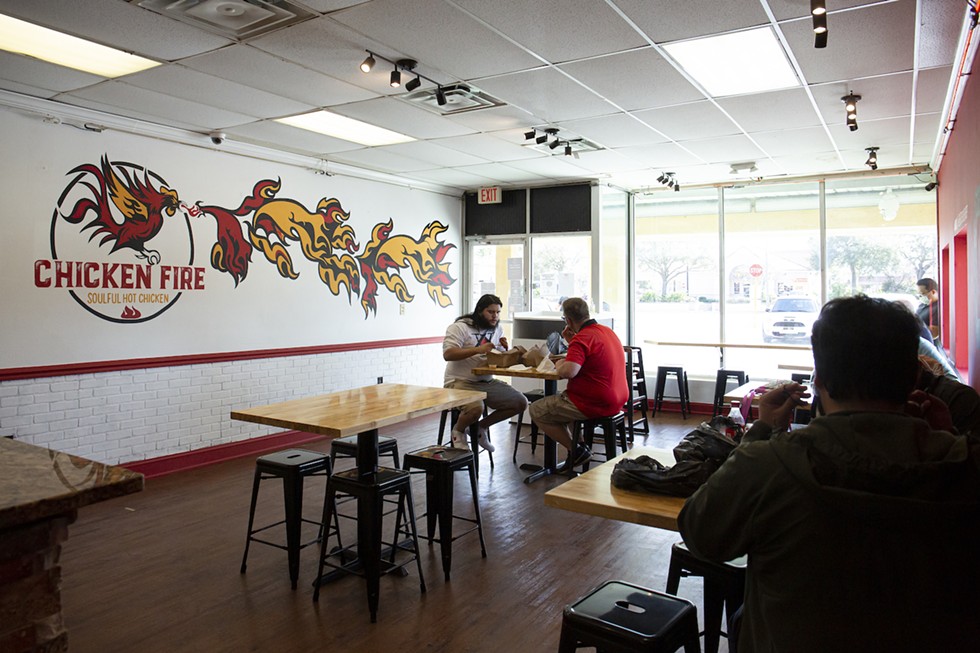 Chicken Fire
One of the hottest (literally and figuratively) food-truck operations in this city finally got a permanent space from which to fire off some of the best hot chicken this side of Nashville. Tenders and sliders (available in "soulful," "meek," "mild," "medium" and "hot" levels) are served simply in boxes along with bread, pickles, crinkle-cut fries and coleslaw. (Open, 2425 E. Colonial Drive, facebook.com/eatchickenfire) 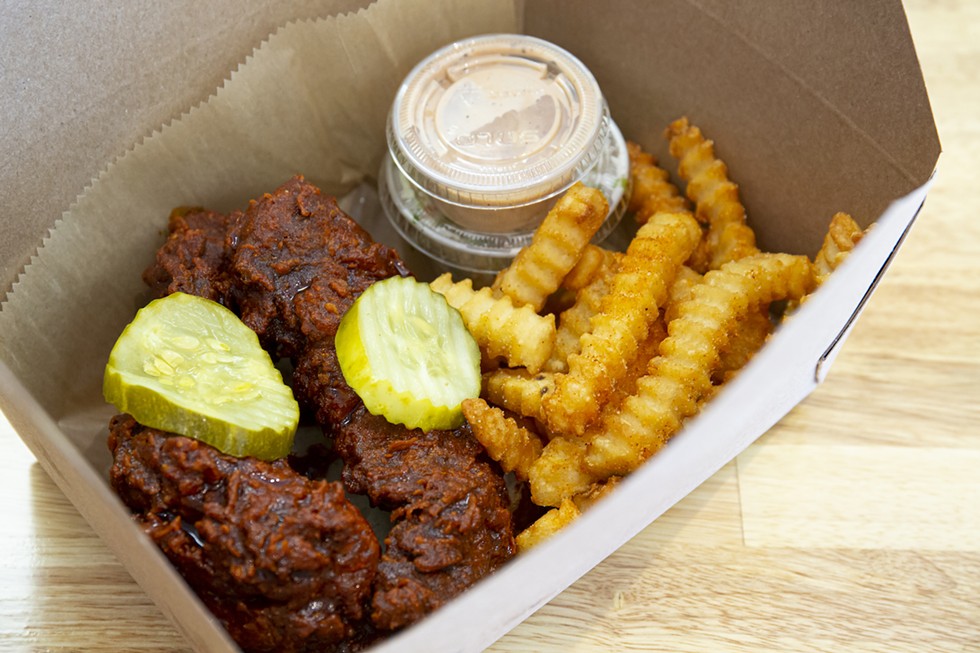 Photo by Rob Bartlett
The Hot Box from Chicken Fire

Dochi
Folks went gaga over Dochi's mochi donuts manufactured on the second floor of East End Market, and they'll soon lose their minds when they open a brick-and-mortar shop in Mills 50. The signature crispy-chewy donuts are made from Japanese rice flour (to create the sublime texture) and come in flavors ranging from ube glaze to Ferrero-Rocher to matcha Oreo. (Opening February, 1222 E. Colonial Drive, dochicompany.com)

F&D Cantina
This Mexican concept from the F&D family of restaurant brands already has a location in Lake Mary, but they'll soon expand to the Thornton Park/Lake Eola neighborhood, taking over the space recently vacated by Jax Thornton Park, and Baoery before that. (Opening spring, 617 E. Central Blvd., fdcantinalakemary.com)

First Watch Winter Park
The city's best-known breakfast chain is moving out of an aging space in Maitland and into a much more modern one in Winter Park, complete with an outdoor dining area and lounge. The move is very much in keeping with First Watch's recent concept tweaks, from the "urban farm" aesthetic to the adult beverage menu to a focus on farm-fresh ingredients. (Opening March, 140 N. Orlando Ave., Winter Park, firstwatch.com)

Foreigner
Chef Bruno Fonseca will lend permanence to the "Foreigner Experience" — his high-end chef's tasting pop-up concept — in Audubon Park this spring. The cozy 954-square-foot space will feature a 10-seat counter and kitchen from where Fonseca will fashion seven-course prix-fixe menus drawing from global influences. A focus will be placed on local and luxe ingredients like Florida beef and seafood, including oysters. (Opening spring, 3124 Corrine Drive, theforeignerexperience.com)

Great Greek
The Mediterranean fast-casual concept offering everything from gyros to spanakopita to souvlaki will open its second area restaurant, this one on the ground floor of the SkyHouse building downtown. (Opening March, 335 N. Magnolia Ave., thegreatgreekgrill.com)

The Hampton Social
The island-inspired flair of the old Tommy Bahama Restaurant in Pointe Orlando will soon be supplanted by the East Coast, nautical swankdashery of the Hampton Social. Expect plenty of seafood, shellfish, brick-oven pizzas, and — not to sound like a broken Michael McDonald record — plenty of yacht rock, I'm sure. (Opening February, Pointe Orlando, 9101 International Drive, thehamptonsocial.com)

Hangry Bison Winter Garden
The burger joint that opened inside Winter Park Village back in 2018 is expanding to Winter Garden but, then again, who isn't? The Exchange on historic Plant Street is the beneficiary and, burgers aside, craft cocktails, bourbon and whiskey flights will also be served out of the 4,100-square-foot space. (Opening May, 270 W. Plant St., Winter Garden, thehangrybison.com)

HÄOS on Church
Blue Star, the godmother of the local burlesque scene, opened this two-story restaurant/performance venue in the old Lion's Pride space a little more than a year after she shuttered the Venue in Ivanhoe Village. Chefs Michael Magonigle and Andrew Jones of Kres Chophouse put on a show of their own in the kitchen, plating everything from shareables to seafood to steaks. (Open, 123 W. Church St., haosonchurch.com)

Jollibee
Of all the restaurants listed here, this Filipino fast-food joint is arguably the most anticipated, thanks to its addicting brand of Chickenjoy! fried chicken and their Yumburgers seasoned to elicit langhap sarap. (Look it up.) (Opening spring, 11891 E. Colonial Drive, jollibeeusa.com)

Kaya
Kadence chef Lordfer Lalicon and the restaurant's business manager, Jamilyn Salonga Bailey, a couple of passionate Pinoys who want to create a greater awareness of the "beautiful and soulful" cuisine of the Philippines, will open this hotly anticipated restaurant in the former Dandelion Community Café space. (Opening fall, 618 N. Thornton Ave., kadenceorlando.com)

Kyoto Sushi & Grill
While many mourned the closure of Spoleto Italian Kitchen, others rejoiced at the news that this local hibachi and sushi chain would move into the space. Billing itself as "faster and more affordable" than other Japanese restaurants, Kyoto serves everything from poke bowls and bento boxes to ramen to scores of sushi rolls. (Opening spring, 349 N. Orlando Ave., Winter Park, kyotosushiandgrill.net)