Best Drugs: The MDMA that made a guy get stranded on the Lake Eola fountain

Our hookups aren't as good as they used to be, but even in our heyday, we never got a batch of Ecstasy so strong that we were inspired to steal a swan boat and paddle out to the fountain on Lake Eola in an effort to commune with the waterfowl. But that's just what happened when a man (we'll leave his name out of this) ate a bunch of (apparently fire) molly on Dec. 18, 2017. Authorities were alerted around 4 a.m. when the man started calling for help after his jacked swan boat drifted away. He explained to police that he was inspired to go on his weird little crime spree because "the swans don't judge" him. Which leaves us wondering if he'd ever actually met a swan before, because ... hello, they are super judgey. 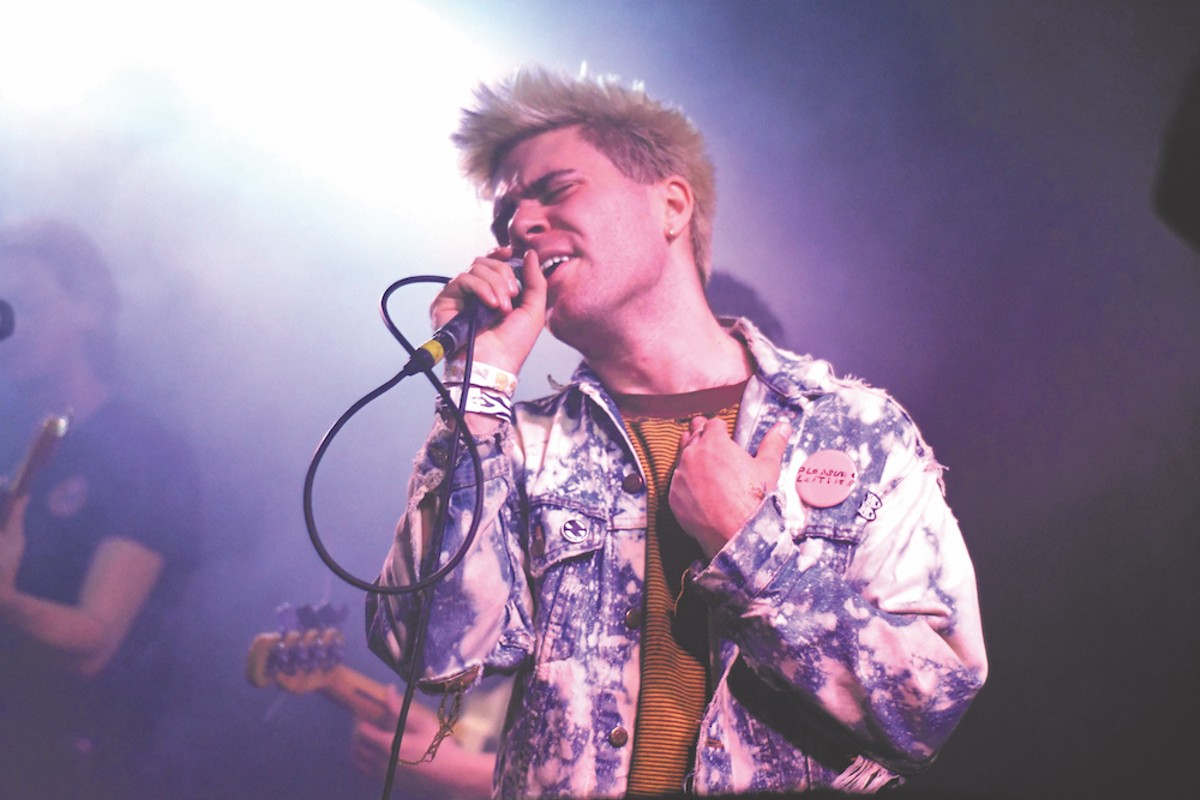 For those who favor Joy Division shirts and unseasonable trenchcoats, this double bill of Chicago's Soft Kill and Salt Lake City's Choir Boy was the hot (cold?) ticket of the year. They showed up in force, largely through word-of-mouth buzz about these two formidable post-punk forces, and the bands brought the melancholy in spades. Choir Boy's set was like an angelic haze centered around the unique falsetto of vocalist Adam Klopp, riding a wave of opiated pop grooves. Soft Kill, on the other hand, was a force of propulsive nature, obscured by a row of headlights and a brutally effective fog machine. The sound was crisp and clear and minimal, and frontman Tobias Grave flew in the face of goth aesthetics with an outfit that he scored partially at International Drive's best sportwear outlets that day.

Best Four Hours of Hearing Loss That Was Totally Worth It

It's just the nature of the game that you never know what you're going to get at an INC (International Noise Conference, to the uninitiated) show. But it sure is a benefit to local avant-garde heads that Orlando is a site of one of the official pre-INC events in FL, a way station for musicians traveling south. This year's event was the best one we've seen in years. To a packed house at Lou's, locals like Bacon Grease and Crustgirls and Trotsky's Watercooler went toe-to-toe with world-class troublemakers like Gyna Bootleg, Bob Hatt, Dog Hospice and W00dy. The only losers were the assembled eardrums. Oh well.

One of the best-kept secrets in the Orlando underground arts scene is the Black Haüs Creature Feature night at Stonewall Bar. On a weekly basis, Black Haüs – the extended family of Dragula's Victoria Elizabeth Black and her sisters in crime – stretches the art of drag to its outer edges with unparalleled DIY creativity and outrageousness. Here you see the aesthetics of Hellraiser and Marilyn Manson melded seamlessly with Divine and Lady Bunny. The performances are riveting and physical, the looks are new and original, and the Elimination Challenges pre-show are ... well, often unbelievable. Tuesday is the new Friday.

Drink and Think: Philosophy and Discussion (and Booze)

Since debuting last year, Drink and Think has been upending the maxim that bar talk is small. As a relaxed public forum for philosophical discussion, the engaging monthly gathering has become an active thought society. The event was conceived by Pete Olen, who's famous in nightlife circles as heavy-metal promoter Endoxa Booking but less known as a philosophy professor at Lake-Sumter State College. Although it's open for all to participate, discussion is smartly moderated by Olen and a revolving cast of Valencia professors (Travis Rodgers, Kirsten Holt and Ernesto Hernández-Colón) to keep the train on the tracks (see: drinking). Might as well get some use out of those brain cells before you obliterate them.

Have you ever seen the future coming straight for you like a runaway train? A packed house at Stardust Video & Coffee did when 5-year-old SADIE from Ohio kicked off the New Year with a set of improvised, straight-up snotty but joyous "skull rock." Accompanied by a drum machine and sampler, SADIE howled and stomped her way through future hits like "Werewolf Moon" like a preschool Suicide or Screamers. Suddenly every musician present – and there were quite a few – felt very old and obsolete. Extra points awarded to SADIE for never taking off her leather jacket.

At last, this long-time-coming follow-up arrives – seven years after the bright debut album of one of Orlando's most iconic indie bands. The Pauses' movements remain as playful as they are angular here. Their palette retains its Grandaddy-esque span of rock and electronics – with cranked guitars that famed producer J. Robbins (Jawbox, Burning Airlines) no doubt proudly urged set against an ever-shifting tapestry of mood, texture and energy. Unbuilding is an update, furtherance and fortification of the Pauses' dynamic signature, a testament to one of Orlando's best, most accomplished indie-rock bands.

The Tiny Desk concert series – recorded live on the desk of "All Songs Considered" host Bob Boilen – has become not just an NPR staple but a national music scene tradition. The annual open-call Tiny Desk contest has become a buzzing derby among aspiring musicians across the land, one that landed Orlando garage-soul act the Sh-Booms an NPR feature last year. To help out area talent, the city's local NPR member station, 90.7 WMFE, offered up its own desks to local acts to come in and record their video entries for the national competition. That's what we call hometown spirit. 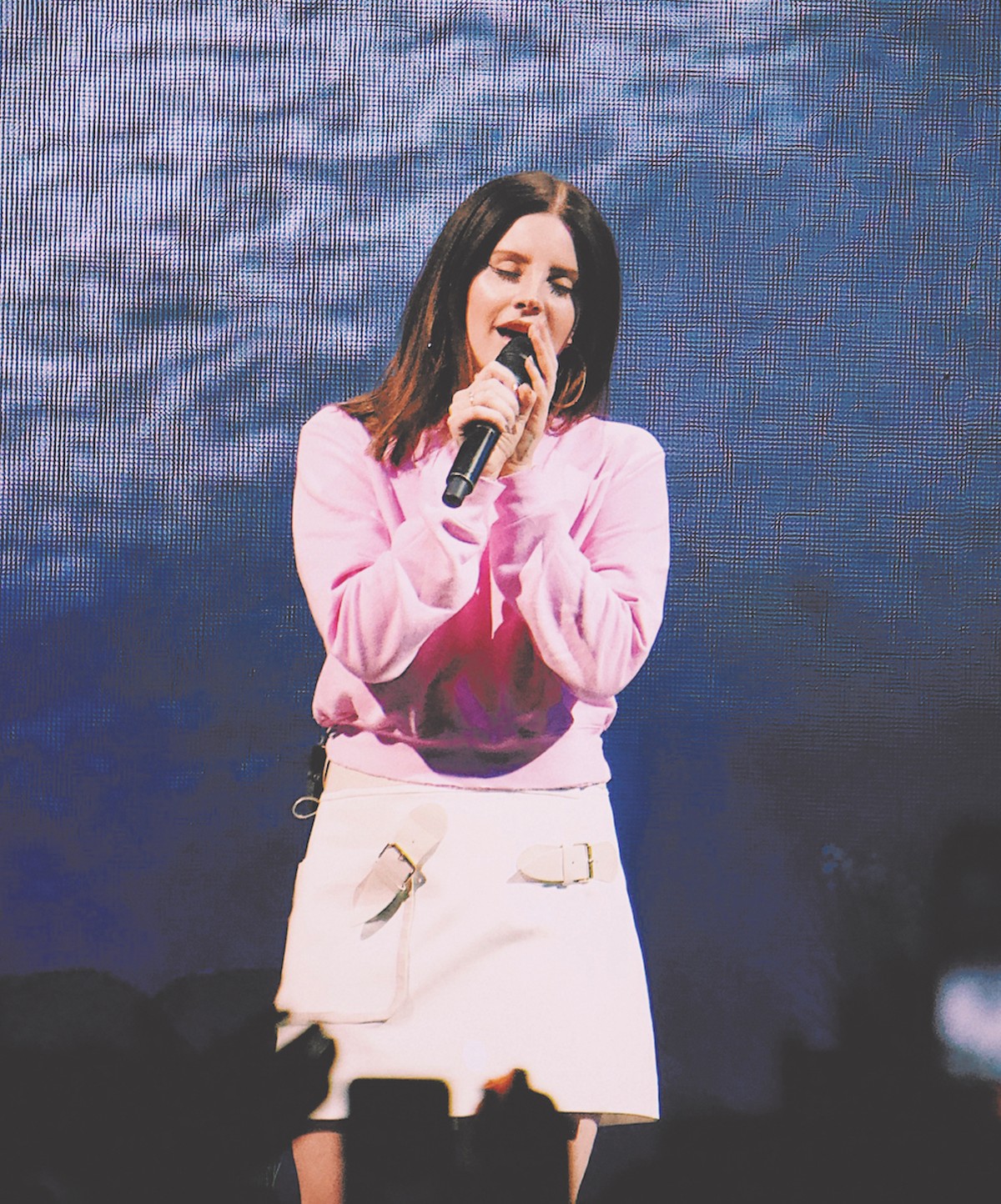 In February, Lana Del Rey brought her melancholy magic to the Amway Center as part of her nationwide "L.A. to the Moon" tour. After R&B up-and-comer Kali Uchis set the stage for the evening, everyone's favorite sadgirl delivered a performance worth the four-year wait since her last Orlando visit. Flanked by a full band and an impressive beach-themed backdrop, the dismal diva sprinkled her career-spanning set with a few surprises (including a breathy rendition of "Happy Birthday, Mr. President," which she clarified was dedicated to JFK). As always, Lana gave us a reason to smile through the tears.