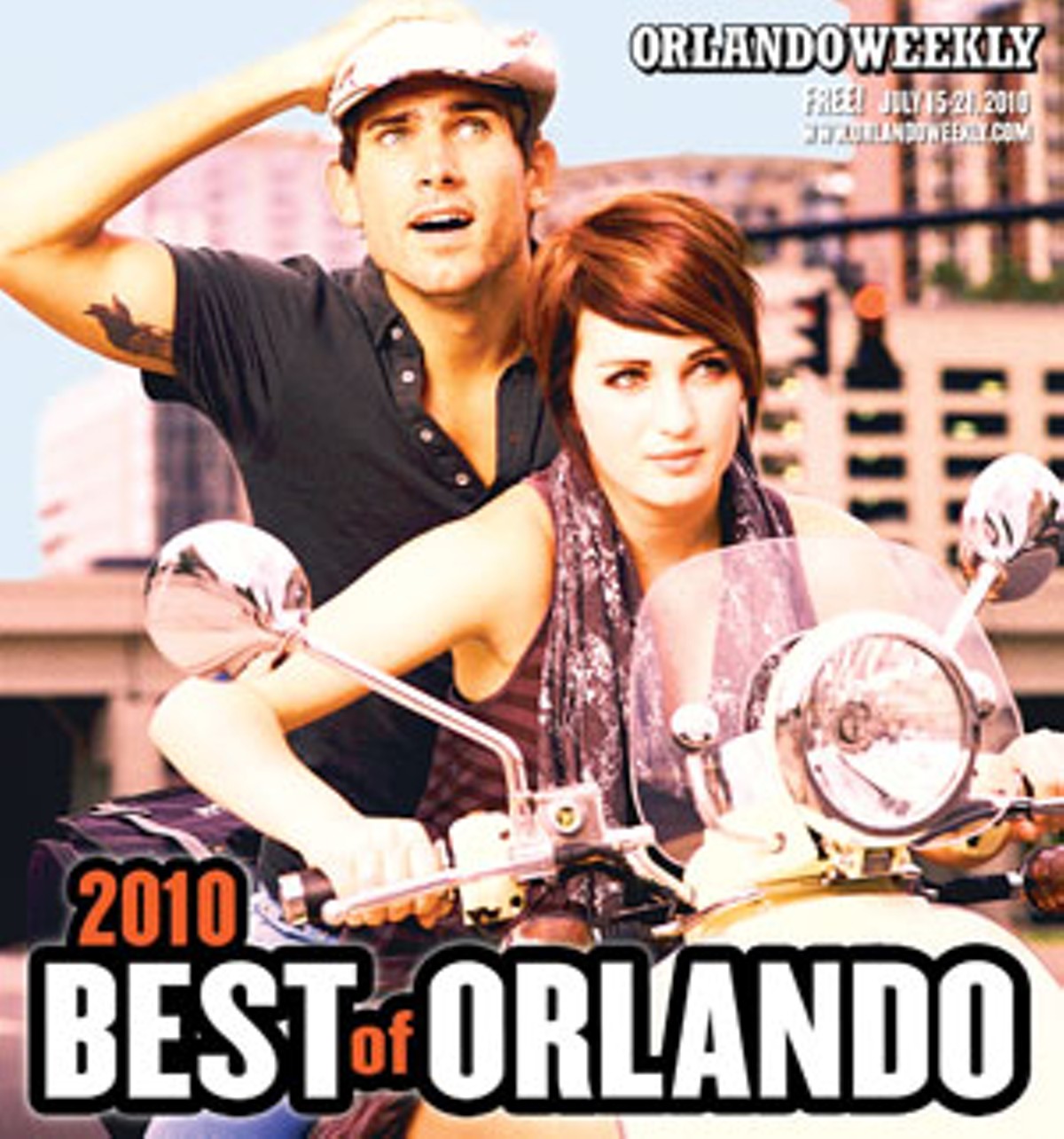 Yes, we know, it's scary out there right now. Too many people upside down on their mortgages, the economy still pretty much sucks and it's been more than two and a half months since the Deepwater Horizon started spewing millions of gallons of oil into the Gulf.

But look on the bright side: So many people are having mortgage troubles that there's no longer any shame in owing more on your house than it's worth, the economy can't get much worse (we hope) and this Deepwater situation might get some people to finally recognize how deadly our nation's addiction on oil really is. And despite the dire news that fills our inboxes, cable boxes and mailboxes every day, life in Orlando not only goes on — somehow, it manages to flourish.

From design guys bringing the not-dead-yet art of letterpress back to life to art shows held inside U-Haul trucks; from politicians who parade around town with doppelgÃ¤ngers in drag to toffee pudding so sweet and sticky it'll make your teeth hurt, this 2010 Best of Orlando highlights the best, the brightest and the most baffling things that are thriving around town. Even in the worst of times ' particularly in the worst of times.

The tireless editorial staffers of Orlando's Most Optimistic Alternative Weekly have worked their bony little fingers to nubs collecting, deciphering and tabulating more than 2,600 Best of Orlando Readers Poll ballots. We've compiled your picks for the best in local color, goods and services, food and drink, arts and entertainment and sports and recreation. As is our custom, we've also provided a handful of off-the-grid staff selections in those categories as well.

We suggest you give yourself a short reprieve from watching streaming underwater video of oil pouring into the sea and take some time to raise a glass to the fact that, despite the ugly things going on in the world right now, there's still some good stuff to celebrate ' or at least laugh about ' right here at home.

Our models for this issue are Brooks Potteiger and Rain Miller. Their wardrobes were provided by Dechoes Resale Emporium and Twenty Four Seven Style House. Tammara Kohler was our stylist. Special thanks to Beefy King, Black Hammock Airboat Tours, the Lodge and Orange Tree Antique Mall for allowing us to run rampant on their grounds.