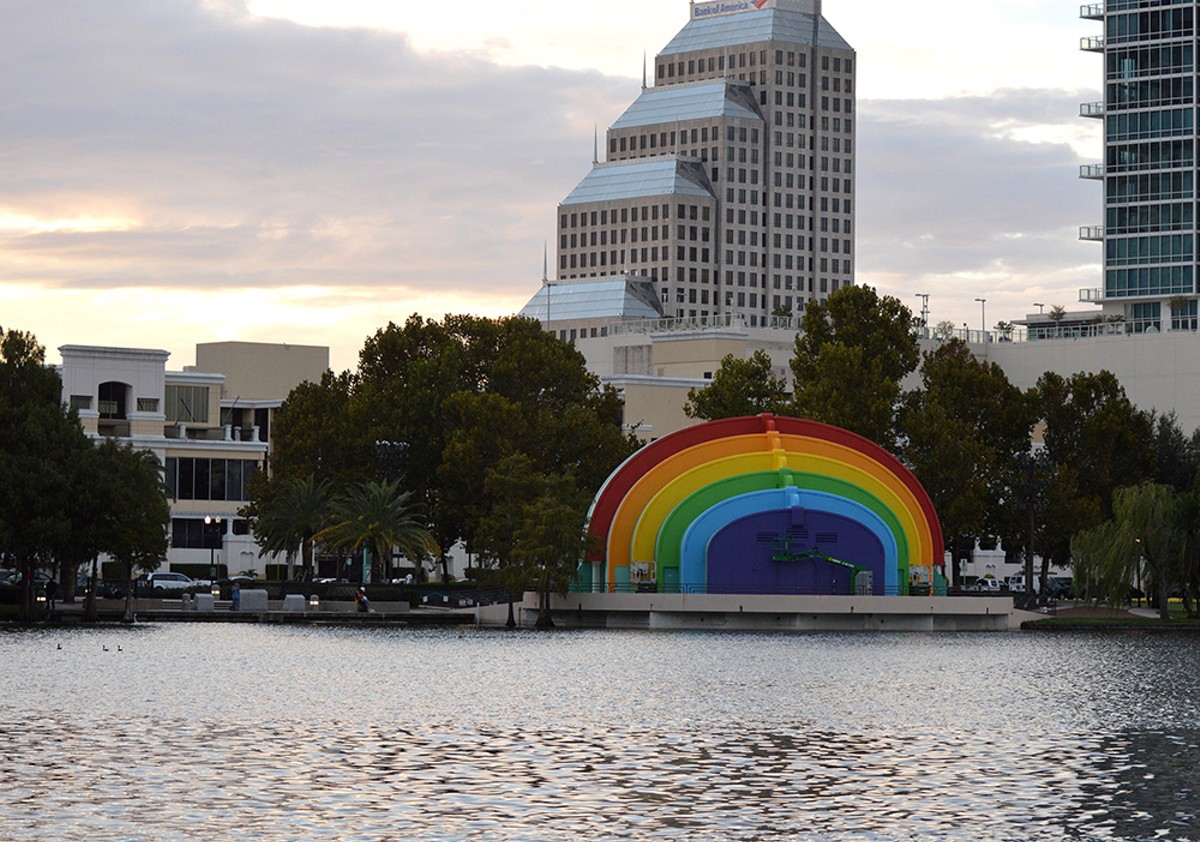 We've seen a lot of rainbows in Orlando in honor of the 49 people who were killed at the gay nightclub Pulse last year. Some, like the ribbons made by Ben Johansen, are small, while others, like the 49 rainbow birds mural in Mills 50 by Andrew Spear, are much larger. But our favorite rendition of this LGBTQ symbol so far has been the one painted on Orlando's traditional gathering place – the Lake Eola bandshell. Local residents Deborah and Lauren Jane Gilmore, who proposed the idea, have stated that each color has a meaning: red to represent love; orange to represent Orange County; yellow for faith and hope; green for the fragility and renewal of life; blue to represent the collective sadness felt after Pulse and to honor first responders; and purple to represent valor and bravery. This remembrance is a colorful reminder that despite the darkness after Pulse, hope and light has endured.