You're no longer confined to imbibing Bud Light or Heineken when taking in a game. At Orlando City Stadium, your drinking dollars are best spent on a plastic Mason jar filled with one of two signature soccer cocktails. If you're sitting in the Supporters Section, security will make you dump it into a plastic cup and ditch the jar once you enter the stands, so best to slurp one down at halftime at your leisure. 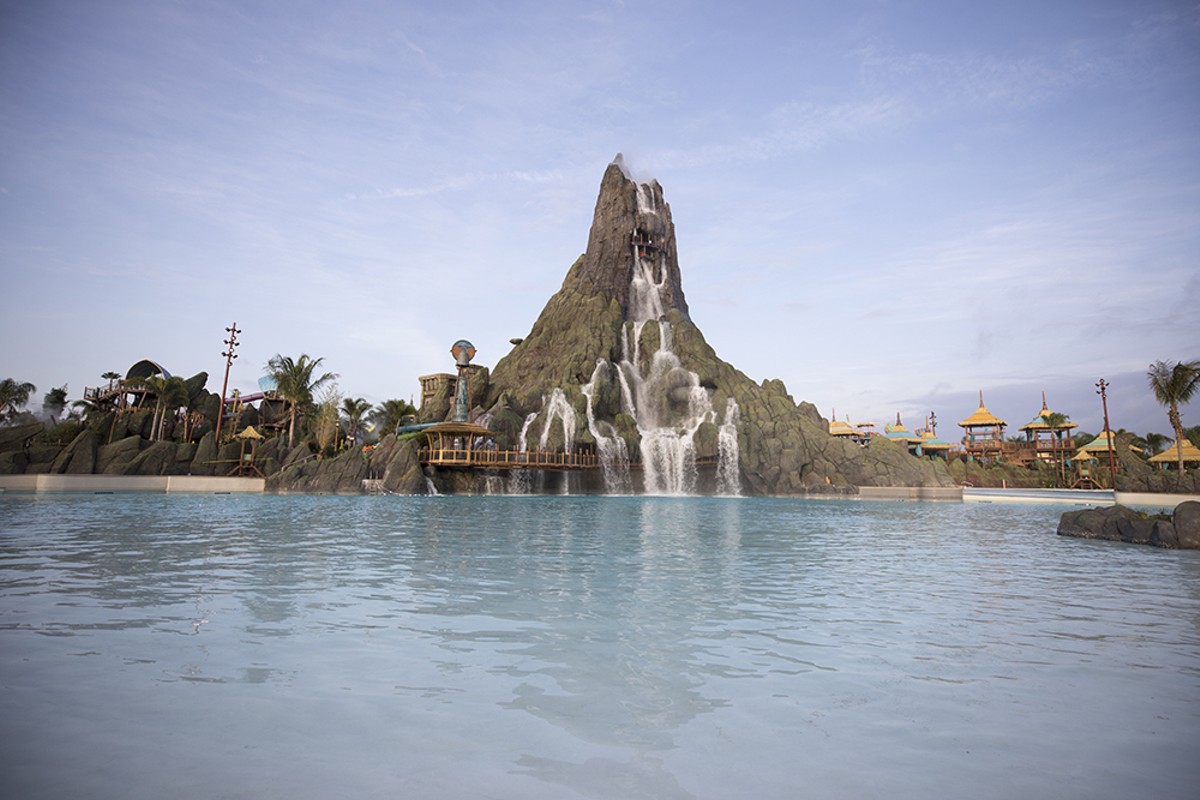 Chunky glass and steel towers rising oh-so-architecturally from the street? Bo-ring! Craggy Polynesian volcano bulging with yellow and green tubes, gushing with water and festooned with tiki heads?? Now that's more like it. There's another skyline besides Orlando's rather yawny downtown, and it's our theme-park skyline. The 20-story tall Volcano Bay, art-directed with authentic scenic painting, is uniquely Orlando and fun: Wave pools and water coasters replace parking garages and cubicle farms.

Best Lazy River Where the Tourists Can't Get You: Rock Springs Run at Kelly Park

So, you've been denied entry to Wekiwa Springs again because it filled to capacity, and the charcuterie in your picnic basket is getting a little too warm. You could go sulk at home – or you could take the chance to explore an area (mostly) devoid of tourists in Orange County at Rock Springs Run. This bubbly spring 35 minutes from downtown Orlando is a secret locals share only reluctantly. Rent a tube on the road before you get there and enjoy the rest of your sun-kissed day floating with friends down this lazy river.

Best Orlando Team You Should Be Watching: Orlando Pride

If you've been in Orlando long enough, you've probably seen Kaká more than a few times around town. The Orlando City Soccer Club bug seems to have hit everybody in the City Beautiful (you can tell by the purple paint left on faces after game day), but there's another team in the city that's working just as hard and doesn't get enough props. The Orlando Pride women's team has some of the best players in the league, including the Brazilian legend Marta Vieira da Silva and Alex Morgan, a star forward who also plays on the U.S. Women's National Soccer Team. If you're a soccer fan and you haven't come out to see a game, there's still time to redeem yourself – the 2017 season is not over.

Best Place to Golf in Florida That Doesn't Feel Like Florida: Streamsong Resort

If you haven't been to the Streamsong, a stunning facility just south of Lakeland, put it at the top of your weekend getaway list. The organic lines, contours and materials of the resort's architecture blend seamlessly into a landscape painted with peaks, valleys, rolling hills and 100-foot sand dunes. That same aesthetic extends to the clubhouse from whence golfers set out to tackle the resort's Red course (designed by Ben Crenshaw and Bill Coore) and Blue course (designed by Tom Doak), both of which rank among the top five courses in Florida and top 25 courses in the country, according to Golf Digest. The rugged terrain offers a powerful backdrop for hackers and scratch golfers alike, though no matter your skill level, you’ll likely be saying, “I can’t believe I’m in Florida.”

The Oasis Pool at the FS Orlando on Disney property offers blessed quiet and tranquility. The infinity lap pool overlooks a wetland full of Florida wildlife where you can spot herons, ibis and gators, and music is pumped in underwater for ultimate free-floating relaxation.

While WWE's main event over at Camping World Stadium drew a huge crowd to see the Undertaker's final match – along with several hours of high-flying drama beforehand – the circus-like atmosphere of Wrestlemania extended all over Orlando for a week. Starting with the unveiling of a giant championship belt suspended from the flagpoles at the eastern edge of Lake Eola, wrestling mania took over Orlando with pop-up events at clubs, amateur wrestling nights, special ticketed Q&As with wrestling legends, podcast recordings – you name it. We're just thankful that the folding metal chair manufacturers convention wasn't in town at the same time, or else the city might have been taken to the mat permanently.

The Orlando Solar Bears defeated the Florida Everblades 3-0 in the fourth game of this year's ECHL Kelly Cup playoffs, but more importantly, the team got into one hell of a hockey fight in the last minute of the game. "It's a yard sale here at the Amway Center," cried the commentator after Mitchell Heard started going at it with Mason Marchment in front of 8,000 fans at Amway Center. Though fights at hockey games aren't uncommon, this particular punchfest encompassed everything you look for in hockey brawls – bare-fisted cheap shots, goalies dropping elbows, equipment strewn across the ice, and, of course, a portly kid playing air guitar in the stands. (Check the video.) Sadly, the series went to the Everblades, but we'll always have this to remember.

Kissimmee resident Trent Witcher is without a doubt at the forefront of Orlando's extreme hand sports. His company, Brutal Finger Boards, makes itty-bitty skateboards out of actual materials you would find in a real, full-sized board (like wood, vinyl and actual ball bearings). Last February, Brutal Finger Boards was the center of a short documentary, Skateboarding to Scale: The Fine Art of Fingerboarding, which was produced by local One92 Media. The film can be found on YouTube; the boards are available on the website. Hang 10! (No, the other 10.)

Sure, the USTA opened its gleaming new national campus in Lake Nona, but racqueteers wanting to treat themselves ought to head to the Four Seasons for a lesson with accomplished pro Alain Labrecque. He's taught everywhere from Canada to Malaysia to Switzerland, and he'll get you that much closer to channeling your inner Federer, Rafa or Serena. The resort's Har-Tru clay courts go easy on your joints, but a follow-up 80-minute massage will have them feeling as limber as a teenage gymnast's. Players are spoiled with heated memory-foam massage tables, inhalation bowls for relaxation, and cupping therapy to take care of that tennis elbow. More post-tennis pampering can be had in the serene solarium, or in the "Experience Shower" – a multisensory, light-and-sound ablutionary escape. Game, set and match. (We hate to repeat ourselves, but the Four Seasons really is spectacular, if you can afford it.)