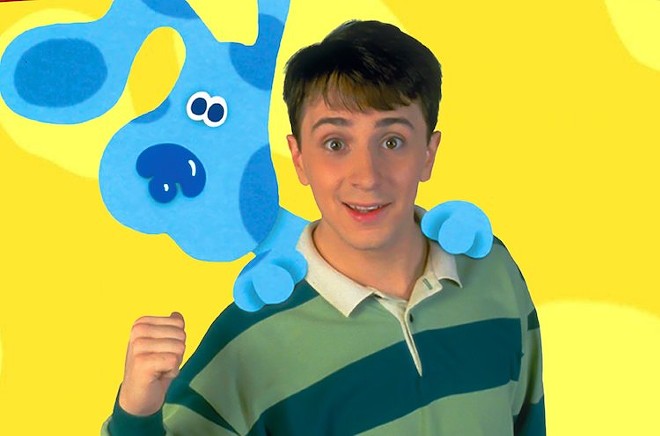 The  J.D. Salinger of kids' television is coming to Orlando's MegaCon convention this spring! Steve Burns, the original host of Blue's Clues, is making an  appearance at the annual pop-culture con.

Burns made his name as the beloved OG host of Blue's Clues for the first six years of the show from 1995-2001. He walked away from the program at the height of its popularity, struggling with depression and not wanting to be a children's TV host forever.

His somewhat abrupt departure led to wild speculation amongst fans that he had overdosed on heroin, died in a car crash or been replaced by a lookalike. Instead Burns turned his focus towards writing and recording music and taking some smaller acting roles. But of late, Burns has been making the convention rounds, meeting fans who likely grew up watching him.