“This survey, in perpetuity, has a chilling effect,” Lichtman said.

A federal judge on Monday began hearing testimony in a trial over the constitutionality of a 2021 state law requiring colleges and universities to survey students and staff members about “intellectual freedom and viewpoint diversity” on campus.

The plaintiffs, including the United Faculty of Florida union and individual teachers and students, are challenging three parts of the law (HB 233). The first day of the trial before Chief U.S. District Judge Mark Walker focused heavily on a requirement that colleges and universities conduct the surveys.

The law required the State Board of Education and the university system’s Board of Governors, to select or create “objective, nonpartisan, and statistically valid” questionnaires to weigh the “extent to which competing ideas and perspectives are presented” on campuses. The surveys also are supposed to gauge how free students and staff feel to express ideas and are required to be conducted annually. 
But the faculty members and other plaintiffs contend the surveys have the effect of chilling classroom speech.

Attorneys for the plaintiffs on Monday called Allan Lichtman, a history professor at American University in Washington, D.C., as their first witness. They questioned Lichtman about whether the law had the intent of discriminating against colleges and universities, with Lichtman arguing that the required surveys are “highly problematic.”

Lichtman was asked about statements by Gov. Ron DeSantis, who signed the bill, and Rep. Spencer Roach, a North Fort Myers Beach Republican who was a sponsor of the legislation. Roach, for example, wrote in a March 2021 Facebook post that the measure would protect free-speech rights and “stem the tide of Marxist indoctrination on university campuses.”

Lichtman pointed to what he described as a “willingness by decision-makers to assail what they perceive as liberal … ideology” at the schools.

The history professor also said the law includes “no restriction” on how the Legislature could use survey data, which is required to be published each September.

“This survey, in perpetuity, has a chilling effect,” Lichtman said.

United Faculty of Florida union pushes back on DeSantis' latest battle against diversity initiatives: ‘A man who will silence those with whom he disagrees — in the classroom and beyond — will one day find a reason to silence you as well’


But attorneys representing the state argued in a court filing before the trial that the surveys, and the overall law, do not contemplate any potential punishment for schools, students and staff members.

“Like a thermometer, the surveys are meant to be a diagnostic tool designed to take the temperature of taxpayer-funded campuses. The survey provisions presuppose no diagnosis, prescribe no course of treatment, and predict no future action or consequence,” lawyers for the state wrote in a Dec. 8 brief.

Though Lichtman repeatedly said the law does not specifically require that the surveys be anonymous or voluntary, a first round of surveys administered in April made clear that the identities of respondents would not be published and participation was optional.

Writing that the law is “simply not enforceable against individual students or professors,” lawyers for the state disputed the plaintiffs’ claims of chilled speech and asked Walker to reject any testimony “regarding any chilling or self-censorship” attributed to the measure. 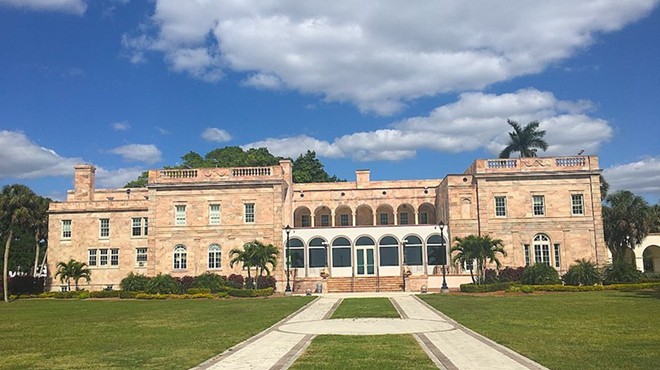 DeSantis seeks to ‘recapture higher education,’ mold Sarasota’s New College with conservative takeover: New board members seek to reshape the public, progressive liberal arts college in the image of Hillsdale, a Christian college in Michigan that is prominent among conservatives


The state’s lawyers also argued colleges and universities face no threat of lost funding because of the law.

“As they have done throughout this litigation, plaintiffs are sure to testify at trial that they fear of future funding reductions to their institutions or programs as a result of HB 233. But plaintiffs will not elicit any testimony at trial regarding any proposed or actual funding cuts to any institution based on HB 233, nor will they point to any provision in HB 233 that contemplates any funding decisions,” the state’s lawyers wrote.

Also being challenged in the lawsuit are parts of the measure that prohibit colleges and universities from “shielding” students and staff from speech protected by the First Amendment and that allow students to record classroom lectures.