New board members seek to reshape the public, progressive liberal arts college in the image of Hillsdale, a Christian college in Michigan that is prominent among conservatives 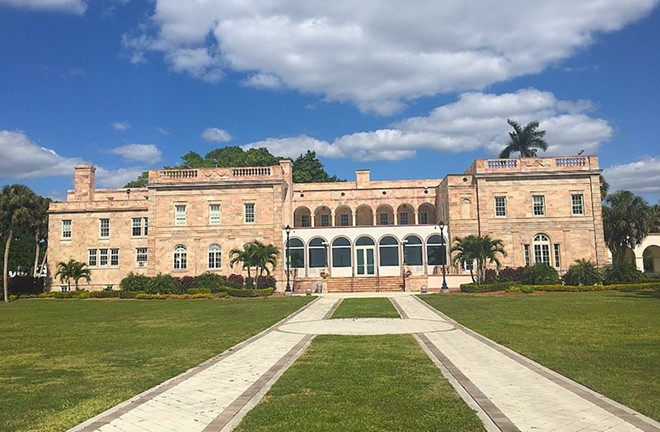 Gov. Ron DeSantis on Friday appointed six new members to the New College of Florida Board of Trustees in a move that one appointee and conservative ally of DeSantis said is aimed at “recapturing higher education.”

The picks will allow DeSantis to make more of an imprint on the board at the Sarasota liberal-arts college, after the governor in an inauguration address Tuesday targeted “trendy ideology” in higher education.

The new trustees include a senior fellow at a conservative think tank, a dean at a prominent conservative college, a professor at a California college, an Emory University professor, an attorney who is a New College graduate and a founder of a Christian school.

The appointees — Christopher Rufo, Matthew Spalding, Charles Kesler, Mark Bauerlein, Debra Jenks and Eddie Speir — will require confirmation by the Florida Senate. Under state law, university boards of trustees are required to have 13 members, though only 11 were listed Friday on the New College website.

Bryan Griffin, DeSantis’ press secretary, told the News Service of Florida in a statement that the trustee picks have “a firsthand understanding of the Florida education system” that is a “product of their work with us” and the state Department of Education.

In the Daily Caller, a conservative media outlet, DeSantis’ chief of staff, James Uthmeier, was quoted as saying the revamped board could make the school “along the lines of a Hillsdale of the South” — alluding to Hillsdale College, a Christian college in Michigan that is prominent among conservatives.

Spalding is a professor at Hillsdale and dean of the Van Andel Graduate School of Government at Hillsdale’s Washington, D.C., campus.

When asked by the News Service about how the trustee choices would factor into bringing about the potential changes described by Uthmeier, Griffin pointed to a “skewed focus” at New College.

“The New College of Florida is a public institution with a statutorily stated mission of ‘provid[ing] a quality education.’ Unfortunately, like so many colleges and universities in America, this institution has been completely captured by a political ideology that puts trendy, truth-relative concepts above learning,” Griffin said in a statement.

“In particular, New College of Florida has reached a moment of critical mass, wherein low student enrollment and other financial stresses have emerged from its skewed focus and impractical course offerings,” Griffin said.

The smallest school in Florida’s university system, New College has about 700 students and lists one of its core values as building a “just, diverse, equitable and inclusive community” on campus.

“We seek a balance between recognizing and celebrating difference, respectfully supporting each other’s growth, and ensuring that historically marginalized and oppressed groups are not experiencing trauma and harm,” an online post describing New College’s values said.

DeSantis’ appointments came after his administration last week directed state higher-education officials to gather information about resources colleges and universities devote to programs centered on diversity, equity and inclusion and critical race theory. Critical race theory is based on the premise that racism is embedded in American society.

One new board member wrote a book titled “The Dumbest Generation: How the Digital Age Stupefies Young Americans and Jeopardizes Our Future; Or, Don't Trust Anyone Under 30.”

The choices for the New College board drew criticism from Andrew Gothard, president of the United Faculty of Florida union.

“Like many Floridians who have ties to the New College community, UFF [the United Faculty of Florida] was surprised and disturbed today to see the appointment of six trustees whose only apparent interest in the institution is politically and ideologically motivated,” Gothard said in a statement to the News Service.

Gothard said trustees have a “solemn duty” to act in the best interest of everyone on campuses.

“Promises to upend programs with ideologically driven claims that could not be farther from the truth of what actually occurs in a higher education classroom — these do nothing to improve New College, nor will they draw interested students to a campus where trustees are so at odds with the faculty, the local administration and the truth,” Gothard said.

Rufo, who previously made a public appearance with DeSantis, was described in a news release Friday from DeSantis’ office as having “led the fight against critical race theory in American institutions.” Rufo is a senior fellow with The Manhattan Institute, a conservative think tank.

“My ambition is to help the new board majority transform New College into a classical liberal arts institution. We are recapturing higher education.” Rufo said in a Twitter post.

Before joining Hillsdale College, Spalding was vice president of American studies at the conservative Heritage Foundation.

“Governor DeSantis is leading the nation in educational reform and post-secondary responsibility,” Spalding said in a prepared statement released by Hillsdale College.

Kesler is a professor of government at Claremont McKenna College in Claremont, California. Kesler also has authored books, including I Am the Change: Barack Obama and the Crisis of Liberalism.

Bauerlein is a professor of English at Emory University in Atlanta who has published articles in various publications and written several books. One book, published in 2008, was titled The Dumbest Generation: How the Digital Age Stupefies Young Americans and Jeopardizes Our Future; Or, Don't Trust Anyone Under 30.

Jenks, an attorney who is the only New College graduate among the appointees, is a partner at the firm Jenks & Harvey, LLP.

Speir is a founder of Inspiration Academy, a Christian school in Bradenton that launched in 2013.