Warren was elected in 2016 and then reelected by a large margin in November of 2020.

While speaking at a press conference in Tampa, DeSantis cited Article IV, Section 7 of the Constitution of the State of Florida for his decision to issue the executive order, and specifically pointed to Warren's decision not to pursue charges against abortion patients or doctors, as well as his public support of transgender healthcare.

“State Attorneys have a duty to prosecute crimes as defined in Florida law, not to pick and choose which laws to enforce based on his personal agenda,” said DeSantis. “It is my duty to hold Florida’s elected officials to the highest standards for the people of Florida. "

"This 15-week ban is an unconstitutional law. The Legislature is hoping courts ignore the Florida constitution. But I’m upholding the law and protecting the fundamental rights of all Floridians,” said Warren.

In his announcement, the governor said Warren will be replaced by Susan Lopez, who he appointed in 2021 to serve as judge on the Hillsborough County Court. 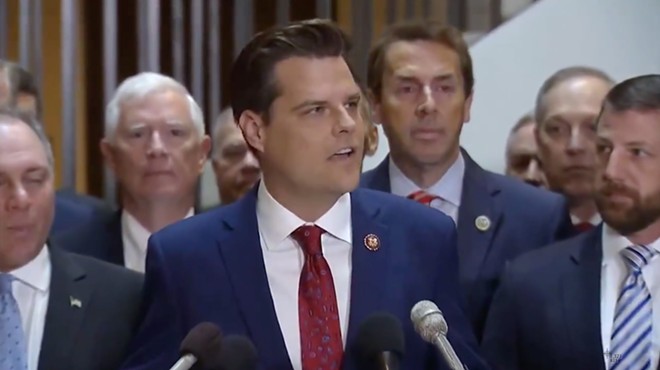 
"I have the utmost trust that Judge Susan Lopez will lead the office through this transition and faithfully uphold the rule of law," DeSantis stated.

The suspension of Warren, who is a Democrat, is not a permanent removal from office, and can be disputed.

DeSantis noted that he did not speak to Warren regarding the suspension before today's press conference.

"Today’s political stunt is an illegal overreach that continues a dangerous pattern by Ron DeSantis of using his office to further his own political ambition," said Warren in a statement. "It spits in the face of the voters of Hillsborough County who have twice elected me to serve them, not Ron DeSantis. In our community, crime is low, our Constitutional rights—including the right to privacy—are being upheld, and the people have the right to elect their own leaders—not have them dictated by an aspiring presidential candidate who has shown time and again he feels accountable to no one. Just because the governor violates your rights, it doesn’t mean they don’t exist.”

Dugan called Warren "a fraud" and referenced his decision to drop charges on several Black Lives Matter protesters following the 2020 George Floyd protests. Though it should be noted that Warren did in fact pursue charges against protester Jamie Bullock, in a case was later dropped due to lack of evidence.


Besides signaling his support for gender-affirming care and abortion access, Warren has been a consistent critic of DeSantis, and has also stated that the governor's "anti-rioting" bill was tearing off "a couple corners of the constitution."

Warren was elected in 2016 and then reelected by a large margin in November of 2020.

"I was a HS classmate of [Warren], & even back then could see the integrity and honesty that would come to define his public service," tweeted Tampa City Councilwoman Lynn Hurtak. "We, the voters of Hillsborough County, elected him to apply his prosecutorial discretion in accordance with our viewpoints & he has done so."

"State Attorney [Warren] is the ONLY State Attorney in FL to sign a pledge saying he would NOT prosecute women who end their own pregnancies. Let it be known that DeSantis not only wants to ban abortion in FL but he wants to ARREST people who seek self-managed abortion," tweeted Eskamani.

"And now DeSantis is attempting to suspend him — this is a sick overreach by our Governor who is taking away our personal freedoms and punishing the very people who are fighting to protect us. DeSantis could go after price gouging landlords but instead THIS is what he does."

"The governor’s actions constitute an extreme abuse of power - a new low for DeSantis who fails our great state with his mean-spirited, selfish and fiscally-irresponsible focus on his political ambitions alone," tweeted Castor. "The Republican abortion ban in Florida is outrageous and cruel + DeSantis is turning women and doctors into criminals for personal health care decisions. And it’s crystal clear now that they will go much farther, into territory Floridians view as extreme and dangerous."

Creative Loafing Tampa Bay reached out to Warren's office for comment, and will update this post if he responds.

This is a developing story. This story originally appeared in Creative Loafing Tampa Bay. 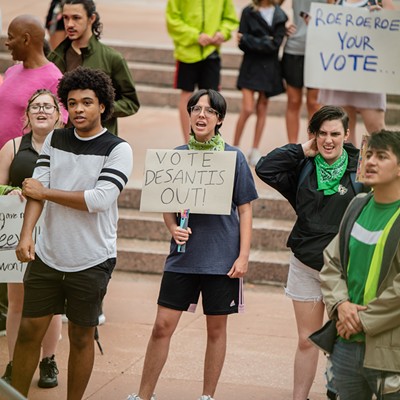