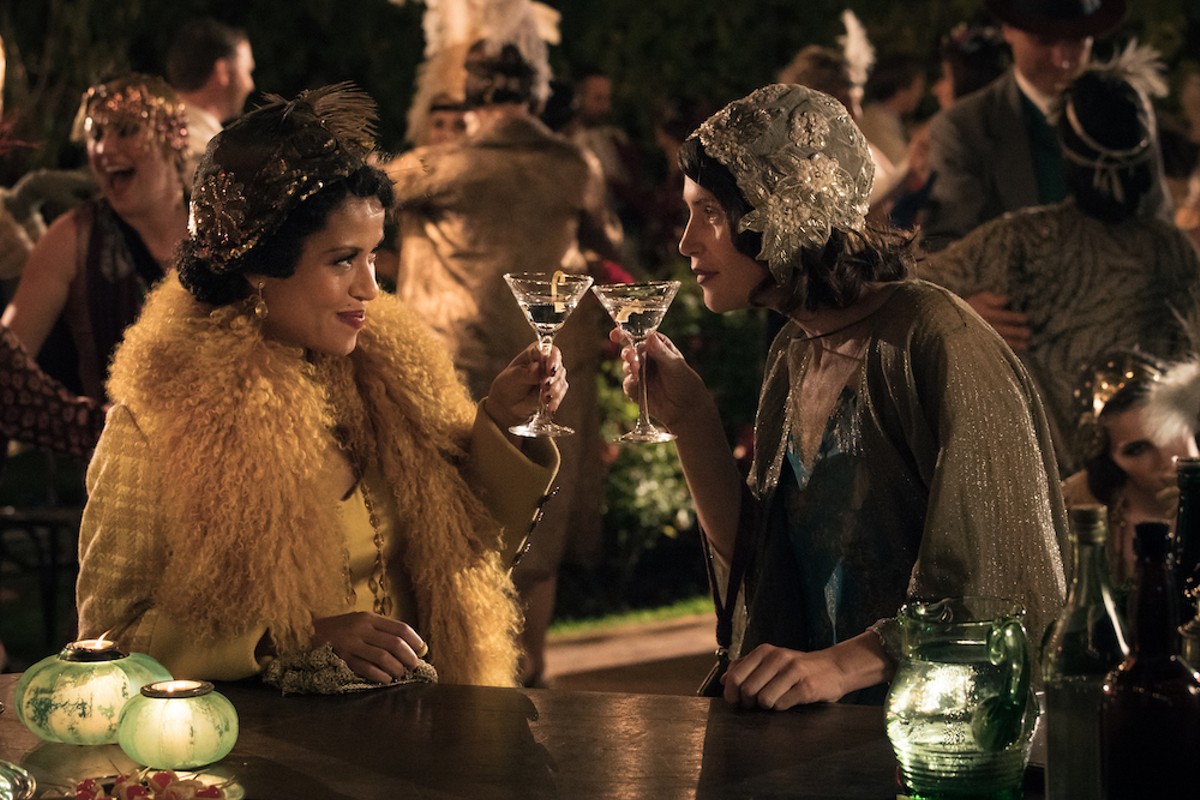 Shouting from the rooftops that film is essential, even during a pandemic, Maitland's Enzian Theater will present its rescheduled Florida Film Festival Friday, Aug. 7, through Thursday, Aug. 20.

In a year that has seen almost everything change, it's no surprise that Orlando's biggest film event has changed too. What is a surprise is that the festival is taking place at all after being postponed from its original April dates. But with reduced capacity, a mix of in-person and virtual screenings, and safety measures such as temperature checks, increased cleaning, social distancing and face mask requirements (when not eating and drinking), organizers have created what will be the first major film festival in the Southeast United States since the start of the COVID-19 pandemic.

To partially compensate for these reductions and to keep people safer, the festival has been extended from its usual 10 days to 14. It has also added a virtual component, which will allow audiences to watch more than 150 of the films online by purchasing a virtual pass. (That includes almost all the shorts and about a third of the features.) While some films will be available online during the entire festival, others have a brief time window. In addition, a few virtual screenings will be viewer-limited (first-come, first-served).

All films will be screened just once at Enzian, except the Opening Night movie, which will show twice in succession. The feature Boys State and the short Abortion Helpline, This Is Lisa (part of the 8X Real documentary program) will be available only online. (If you attend 8X Real in person, you will be given a voucher to watch Abortion Helpline, This Is Lisa on the internet.)

In-theater passes and ticket packages are already sold out, likely because of the reduced capacity. But individual tickets ($12) and virtual passes ($40) are still available. See floridafilmfestival.com for details.

"As someone who lived in Orlando for 15 years – graduating from Valencia as a filmmaker, to then volunteering at the Florida Film Festival – it is an incredible honor to return to world-premiere our new film," Shea, who now lives in Los Angeles, says. "This documentary is built around a major Florida-based, pop-culture event, using a Sunshine State-based cast and crew. It really is beautifully fitting to get to world-premiere at the Florida Film Festival."

Closing the festival will be a 40th-anniversary showing of David Lynch's The Elephant Man.

Experienced festival-goers won't notice much change in the film's groupings. As usual, the event will offer the following genres: family, music, food, Florida, Sunspots (avant-garde) and, of course, the love-them-or-hate-them midnight movies. Thirty films are receiving their world premieres.

The "spotlight" films, which are screened out of competition, are often considered the best of the fest. Likely because of the difficulty of acquiring high-profile new releases during the coronavirus pandemic, this year's festival will contain just five: Boys State, directed by Amanda McBaine and Jesse Moss; Jimmy Carter: Rock & Roll President, directed by Mary Wharton; The Perfect Candidate, directed by Haifaa Al-Mansour; The Personal History of David Copperfield, directed by Armando Ianucci; and Summerland, directed by Jessica Swale.

Half of the festival's films are directed by women.

"This year's lineup includes 88 women filmmakers, the most in our 29-year history ... and their voices will be represented throughout every part of the festival," says Matthew Curtis, programming director. "In addition, we have added a fifth live-action shorts program to the American Independent Competition for the first time ever, thereby giving seven more filmmakers a chance at Oscar glory and our audience another terrific collection of films to experience.

"We are also excited that the virtual platform will allow a large amount of these official selections to be available to festival-goers across the state of Florida. Some highlights include the Sundance Film Festival award-winner Boys State, as well as international features Adam and The Perfect Candidate, in addition to a number of our short films and competition features. ... More films than ever will be making their Florida debut at the festival, and we could not be more thrilled about introducing these talented filmmakers and presenting such an entertaining and diverse group of films to our audience."

Though out-of-town filmmakers might opt not to attend, the festival will still feature one celebrity event: "An Evening With Joe Bob Briggs: How Rednecks Saved Hollywood," on Aug. 14. In addition, the schedule will include social events such as a Sunday brunch on Aug. 9, a filmmaker welcome party on Aug. 13 and live music at Enzian. However, the filmmaker forum will be entirely virtual, as will audience voting – no paper ballots.

But the alterations might not be enough for those who started a Change.org petition in June to convince Enzian to delay or cancel the festival. Launched by someone calling themself "Anon Enz," the petition reads, "As the number of Florida COVID-19 cases continue to rise each day, many employees have grown frightened of working. ... Most employees would like to exempt themselves from working Florida Film Fest." The petition goes on to describe various concerns, including increased guest contact during the festival and "lax ... cleaning policies in order to divert focus to customer service."

However, it's not clear how many of the 334 petition-signers are current or former Enzian employees, so it's impossible to verify the petition's claim that it represents the views of the theater's staff. Furthermore, Enzian says it has taken steps to address the petitioner's concerns. And the conversation does seem amicable, reflected by the petition's closing statement: "We are working on other solutions to work with and not against our favorite place to work."