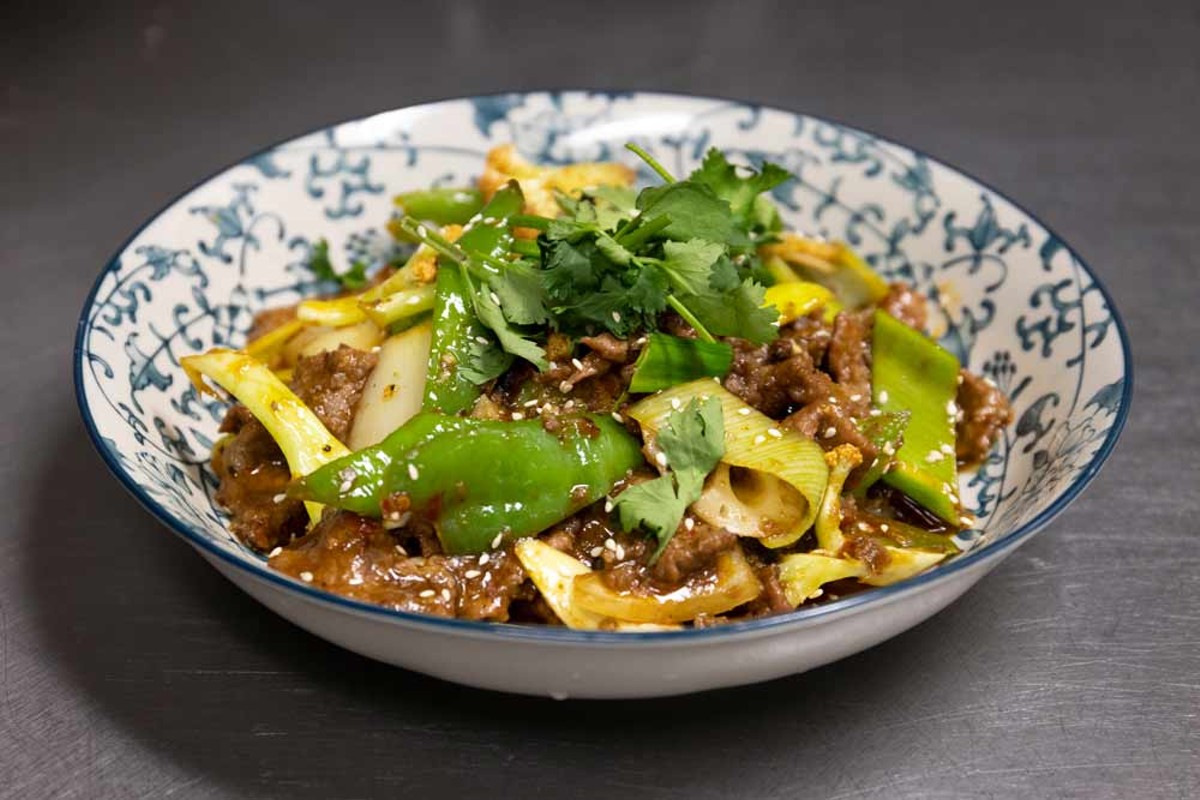 There's a cluster of restaurants concentrated in and around the Waterford Lakes Town Center specializing in distinct global cuisines that have played a part in lending the East Orlando enclave an actual restaurant scene. It's taken a couple of decades, but for every run-of-the-mill bar and grill, there's now a Korean chicken joint, a Jamaican patty shop and a Japanese creperie. There's halal street fare, dolled-up greens, Cuban sandwiches, biryani and ramen, all served to the masses and all without a hint of pretense.

In fact, North Alafaya Trail has become the antithesis of the upmarket flatulence displayed along West Sand Lake Road in Dr. Phillips. And its restaurants are a whole lot more interesting, too. That $50 Chilean sea bass from Eddie V's? Stuff it in your cornhole. I'll take the $16 "boiled pots fish" served at Yummy Taste over that bloated Patagonian whitefish any day.

The Sichuan-leaning restaurant, situated in the Waterford Towers plaza, is fronted by a chef who may or may not have been a chef at Chuan Lu Garden in Mills 50, and who may or may not have cooked at restaurants in Houston and New York City. The language barrier made it difficult to confirm but, really, it's not important: The dishes served at Yummy Taste are absolute fire.

More than a few vegans were upset by the loss of VLC Vegan Eatery, the space's Asian-fusion predecessor, though the new owners have retained some of Michelle and Jim "Papa" Wu's plant-based dishes, as well as VLC's pleasing bamboo decor.

But back to the gloriously ruddy "boiled pots fish" ($15.99) for a moment. While it teems with tilapia fillets, a dish like this is more about the peppercorn-studded sauce — and, more specifically, the wicked liquor it infuses into the whitefish. "More rice, please" is a refrain often heard among those who eat it on the regular, and there are regulars.

On one visit, a young chap felt compelled to peek his head out of a neighboring booth and implore us to order the "beef fillets with tofu pudding" ($17.99). Consider me grateful. Unlike the "boiled pots fish," the silken curd and plush beef weren't bathed in liquid fire, but in a less volcanic, somewhat earthy-flavored broth that we scarfed with great vigor.

But nowhere was the assumed connection to Chuan Lu Garden more evident than in three specific dishes: No. 1, the fragrant and heady cumin beef ($17.99); No. 2, the sour and spicy slivers of sauteed potato ($10.99); and No. 3, the la zi ji "spicy and crispy chicken" ($14.99), a bonfire of fried poultry bits, Sichuan peppercorns and tien tsin chilies. All bore a resemblance and flavor likeness to the same dishes offered at Chuan Lu, meaning all three are well worth ordering.

The lone clunker in my two visits here was the stir-fried green beans ($10.99). Tough, chewy skins rendered many of the beans inedible. We were told they received a bad batch, but what we should've been told is that they've been temporarily taken off the menu because of a supply issue. (I will say the garlicky wok hei in those subpar beans was spot-on.) The main ingredient may have been off, but there was nothing wrong with the execution of this staple, or any of the others I sampled.