Eat between the lines 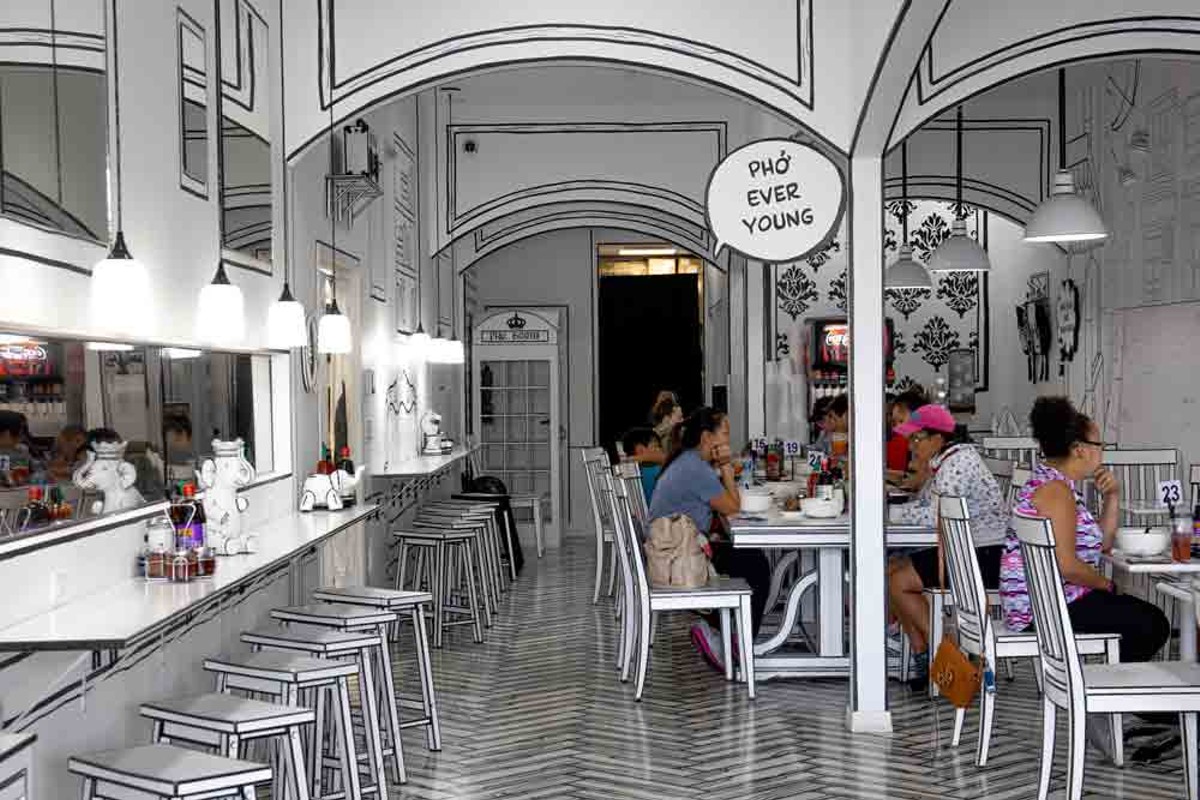 "They've run out of Black Ox!" my friend bellows to the wide-eyed hordes in line at fast-casual noodle house Twenty Pho Hour.

The guy taking our order is so stunned, he drops his face into his hands after my pal's shocking proclamation. "If you came here to eat Black Ox," he continues undeterred, "they've run out of Black Ox!"

In a matter of seconds, the blushes of those in line quickly turn to hearty guffaws, and a few join in on the X-rated banter. "Aww, I really wanted eat some Black Ox," says a very amused woman behind us.

"Me too!" chimes a dude wearing a baseball cap, and the laughter rolls on down the line, much to the embarrassment of the order-taking host.

The "Black Ox," in case you're wondering, is a pho bowl with slow-roasted oxtail, eye round steak and brisket ($16). And if you're confused by this anecdote, just say "Black Ox" fast out loud and you'll catch on.

"What about the White Chicks?" I ask in a lowered voice, pointing to the menu item with chicken and udon noodles in a beef broth ($13). "Yeah, we have that," says the host, and my friend takes full advantage. "They ran out of Black Ox, so there's plenty of White Chicks left!"

More head-shaking laughter from the throngs behind us, but this wildly bawdy beginning to our visit soon settles. In fact, we become enamored by the optics of the space itself, which resembles a cross between the two-dimensional pages of a monochrome coloring book and a Roy Lichtenstein painting.

I'd go so far to say that the pop-op effects — modeled after the 2D Café in Tokyo — make Twenty Pho Hour the most Instagrammable restaurant in Orlando. Indeed, phones are as ubiquitous as posing influencers, but as much as the I-Drive noodle joint is about photogenics, it's more about the boffo bowls of pho.

The restaurant is the brainchild of Marshall and Joy Phanthachit, the husband-and-wife team behind Sticky Rice Lao Street Food and the Soupa Saiyan franchise, so you know the soups will impress. And they do.

The beef broth in the "White Chicks" ($13) teems with so much white, dark and fatty chicken that we swore the pho's base was a chicken broth. Turns out TPH only offers two bases — a beef broth and a mushroom-based veggie broth. The latter is used in the Shanghai dumpling soup ($15) and another signature bowl, one with ramen noodles, bok choy, mushrooms, and a mix of chicken and veggie dumplings topped with plenty of fried garlic and fried scallions.

We chopstick the dumplings and they're gone in a matter of seconds, but an appetizer order of spicy pork dumplings ($6) helps fill the void.

There are also numerous rolls and stir-fry noodles from which to choose, and we choose right with crunchy and bracing spicy tuna summer rolls ($7.50) and kimchi udon noodles with poached egg and brisket ($13) though, really, it's all about pho here. You can go traditional with a simple and satisfying bowl of pho tai ($12), or bling it up proper with the "Pho King," a $45 soup with filet mignon, lobster and foie gras.

The six ounces of sliced filet in the bowl of "Pho-let Mignon" ($25) with rice noodles are perfectly char-grilled. Included in the price is a tableside pour of broth, and boy is it a loooong pour. Took about 45 seconds before we could dig in, but it's well worth the wait.

And, yes, Twenty Pho Hour is open 24 hours a day, but only on Fridays and Saturdays (for now). They've only been open for three months and are still finding their feet. When they're busy, like on the Saturday night we visited, things can slow down and clean-up can lag. But if there's one thing we gleaned from dining in this two-dimensional space, it's that it helps to have a little perspective.