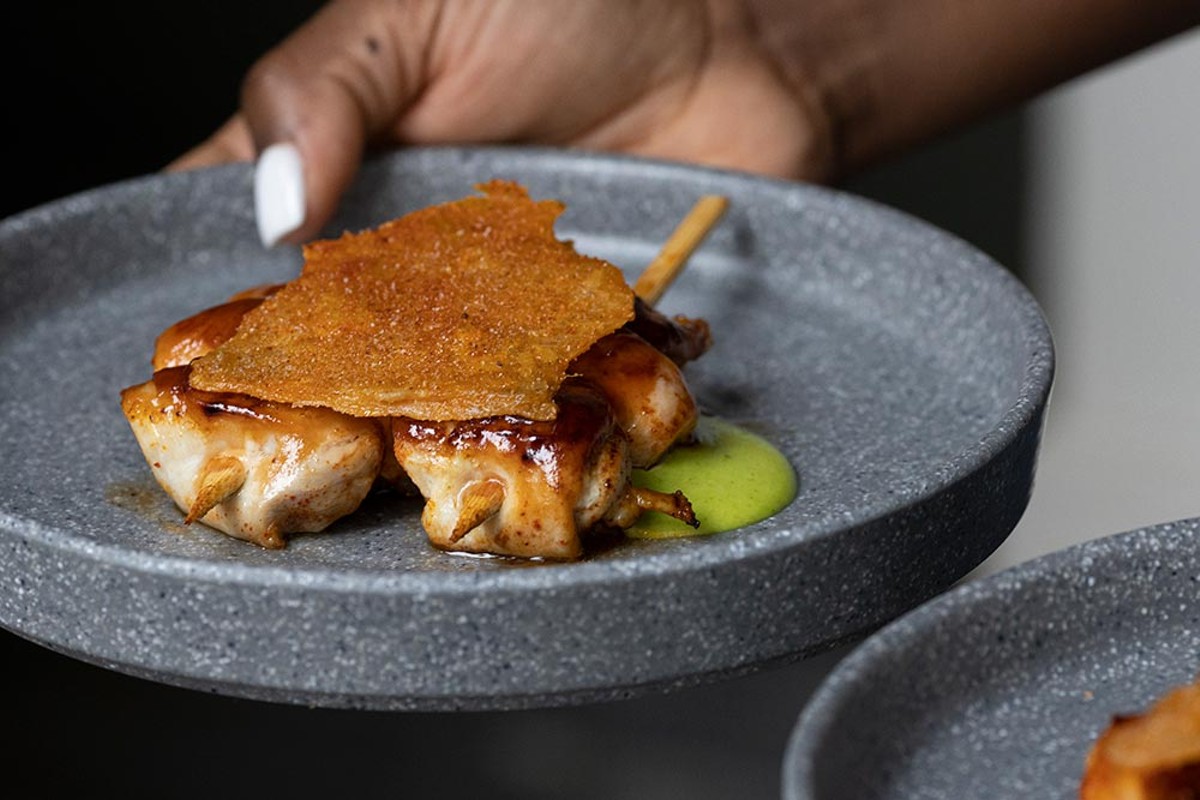 It didn't take long for the Mawardi brothers to put their trendy fingerprints on the historic Wellborn property after taking it over in 2019. In just three COVID-era years, their Team Market Group not only spiffed up the rooms of the Art Deco hotel and surrounding buildings, but cleaned up the grounds, contemporized the aesthetics and, under the charge of culinary director Nick Grecco, completely modernized the Wellborn's menu.

Grecco's been a busy man of late, overhauling the food options at TMG's Robinson Room and developing menus for Plantees (which opened in April), Taco Kat (opening next month) and two restaurants slated to open next year — Primrose Lanes Restaurant & Bowling Club and live-fire cookhouse Eastwood in Mills 50.

Good thing he has executive chef Ivesant Geigel to run things at the Wellborn. The restaurant, occupying both floors of the quaint I.W. Phillips House, has been a haven for zoomers and fashionistas but, thanks to Geigel, is about to be a favored destination for the city's food-conscious as well. The classical training and experience he received at the Tavistock Restaurant Group and under Tim Keating at Flying Fish Café and Urbain 40 shows. A seemingly simple chilled cucumber salad ($10) comes with a superb mix of Persian, English and Kirby cukes dressed in a dashi-spiced sesame vinaigrette and crackled with a sprinkle of quinoa. It was garnished with marigolds from the Wellborn's garden and it set the tone for the creative small plates that followed. 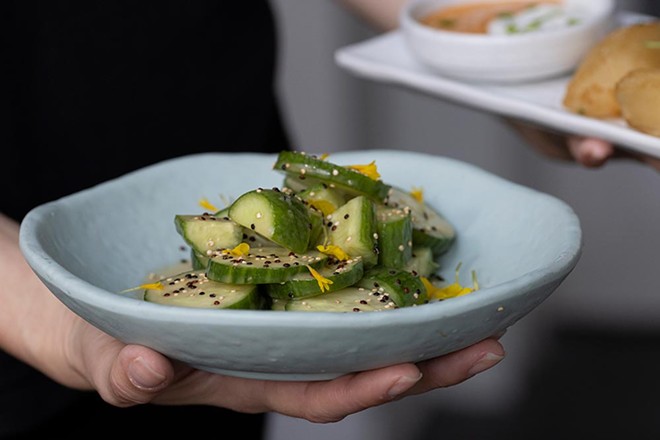 photo by Rob Bartlett
Of note: grilled brie ($22) on Olde Hearth brioche stuffed with duck confit and white truffle oil. Beneath the bite-sized sammies was a sop-worthy mango jam. Our server called it a real "slutty" dish, and we appreciated that happy ending. Best grilled cheese in town? Perhaps. The avocado and crab dip ($17) was friséed like it was about to make its entrance to the Met Gala, while the trio of lamb ribs ($24), nestled in an onion raita, glazed with a guava barbecue sauce and crunched with shaved almonds, played up substance, not style. Grilled prawns ($20), however, stole the show. Slicked in a chili-lime butter, then garnished with pickled gypsy and jalapeño peppers, these head-on buggers are worth the trip alone. "Revelatory," said my dining comrade, and revel in these we did.
click to enlarge

And very much like the second-floor space, the menu is tropically eclectic and not without its comfort. Food on a stick provides that for me, though others, like my sis, are repulsed by the thought of stick-skewered foods. "I don't like the taste of wood in my mouth," she says.

I'd have her try Grecco and Geigel's Florida red snapper to convince her otherwise. It was marinated in a sweet/tangy miso-tamarind, charred, then broiled before being served over an onion cream sauce (like a soubise but without the flour) and stabbed with a couple of sticks. On top was a scallion kosho, a condiment fashioned from yuzu-roasted jalapeños.

If this doesn't convert the stick-averse, the beef tenderloin churrasco ($21) set in a "saltado" sauce (it's basically a bordelaise reduced with soy) and crested with chimichurri and garlic chips likely won't either.

Nor will Japanese eggplant ($15) brushed with a torched pepper aioli, dotted with bubu arare and drizzled with a Malta caramel sauce. That eggplant, and the roasted cauliflower ($15) with calabaza, pepitas and green chili vinaigrette, are considerate plant-based items.

If Bibb lettuce wraps served with 48-hour sous-vide short rib ($42) are offered when you visit, get them. The 12 ounces of Creekstone Farms beef, slivered and glazed with a ginger-pineapple soy, came with pickled peppers, mostarda and a sesame-soy dip.

Now, if the name Amanda McFall rings a bell, it's because she's one of Orlando's finest pastry chefs, having sweetened the proverbial pots at Ravenous Pig and Urbain 40 and now doing the same for TMG. Her banana rum cake ($12) with rum-butter caramel sauce, coffee crumble and bruléed bananas was killer. Her coconut flan ($12) embellished with kiwi, strawberry and shards of lime merengue was a tropical tour de force.

But here's the kicker: All this incredible food is being made out of a food truck hidden on the Wellborn's grounds. Grecco says they've started the process of building a permanent kitchen, but it's still in the works. I, for one, am anxious to see what this team can produce with a fully functioning kitchen. Rest assured that when it's finished, the Wellborn will be reborn. Again. 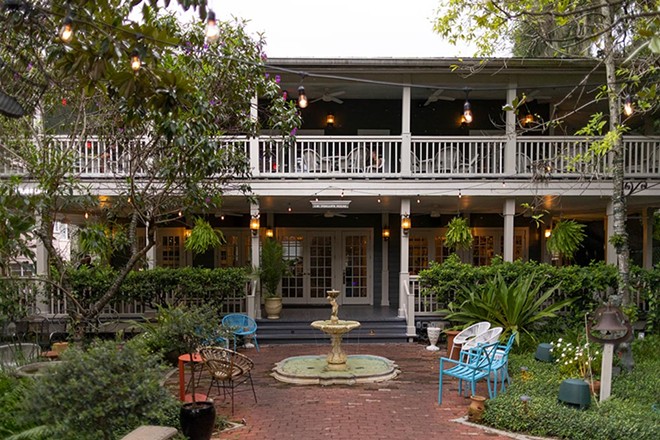 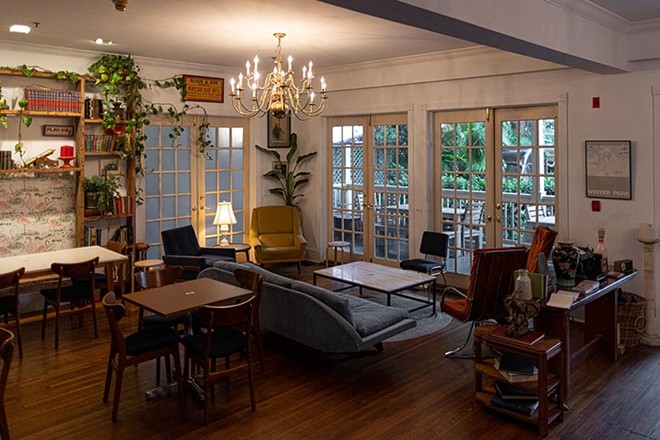