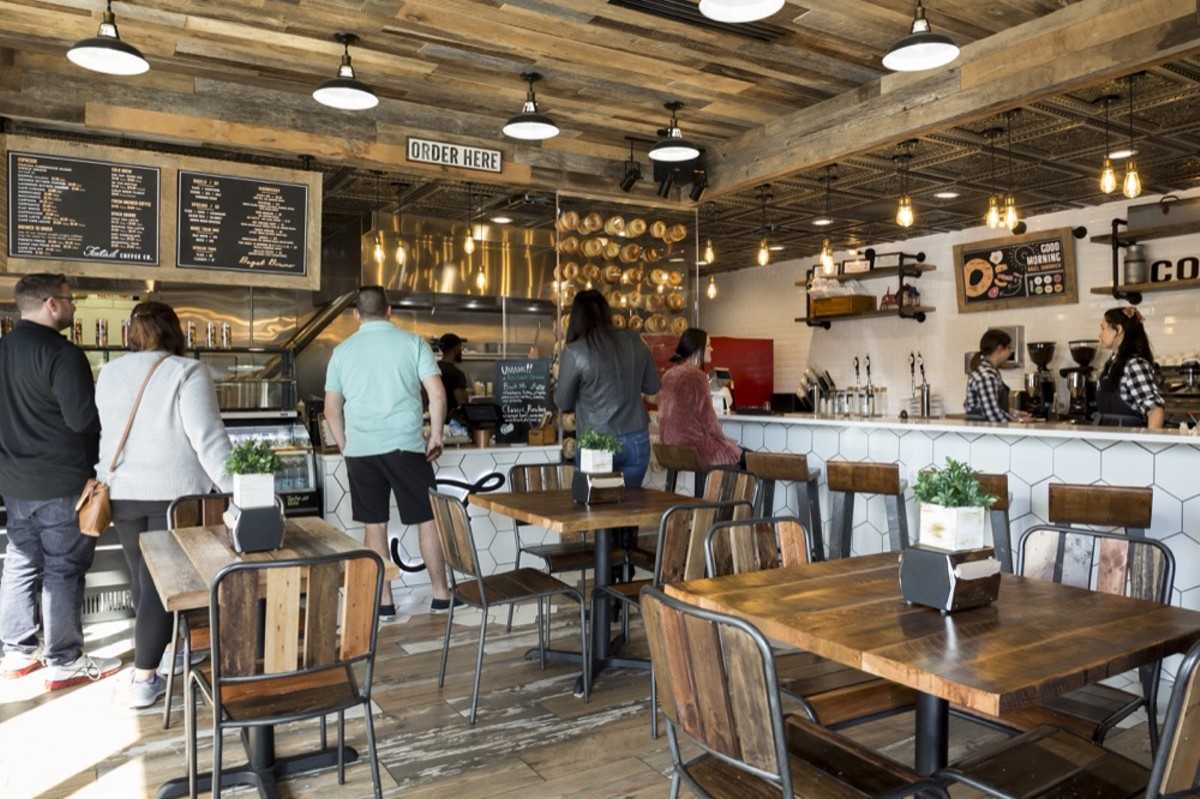 Unlike many purists, I've wholeheartedly embraced the diversity of bageldom: the chewy Big Apple numbers at Russ & Daughters and Ess-a-Bagel; the dense, honey-water-poached beauties at St-Viateur and Fairmount in Montreal; the light, fluffy Toronto-style wheels at the 105-year-old Gryfe's and Jonathan Gold-endorsed Freedman's in L.A. I've even scarfed the (gasp!) no-boil Jerusalem-style bagels and more than my fair share of simit – their twisted Turkish cousins. All are worthy and all, as far as the carb receptacle that is my belly is concerned, equally legitimate. When Pizza Bruno's Bruno Zacchini began touting his "Orlando-style bagel," a vegan variation of the Montreal bagel, you didn't hear me cry "Tabernac!"

In fact, I welcomed those bagels – naturally leavened, poached in malt syrup, hearth-baked – into my breakfast routine when Bagel Bruno opened last November in College Park.

Oh, sure, there have been times when I've pulled into the parking lot, cursed at the lack of available spaces, and driven straight to Einstein Bros. (I told you I have a very liberal bagel palate.) But it's a lot more gratifying eating Bruno's eggy, cheesy breakfast bagel ($6) – inside the tight, sun-drenched dining room, at the coffee bar (the space doubles as a Foxtail Coffee) or outside on the covered patio. The everything bagel is my preference, but there are others: sesame, salt, pecorino-crusted, cinnamon sugar and plain ol' plain. 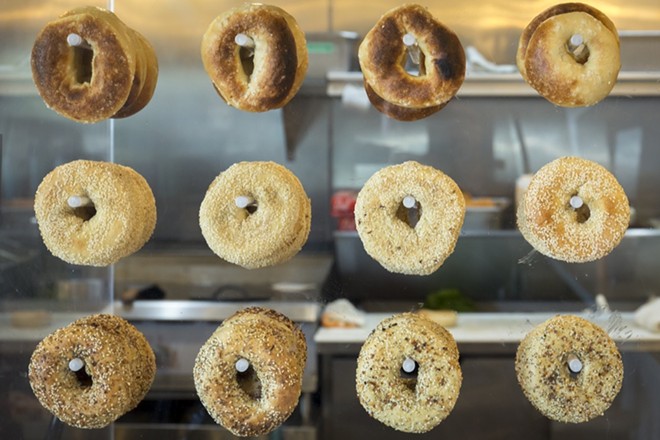 Their shape is organic; their holes are large; and they've got a heft to them, making a "Not Avocado Toast" ($7) with tomato-avocado salad and plenty of arugula, cracked pepper and olive oil as substantial as the "Upstream" ($11), with its smoked salmon procured from Acme Smoked Fish in Brooklyn. I wouldn't get the latter with a salt bagel – the capers keep things salty enough. It's also schmeared with a chive cream cheese which you can purchase, along with other flavored spreads, in a take-home tub for $7 (plain cream cheese is $6). By the way, the sandwiches all come toasted, and bagel zealots have cried "blasphemy!" because of it, but to you I say this: Just ask for your bagel not to be toasted.

Zacchini recently introduced some specials to the menu – there's a banh mi ($9) with gochujang turkey punched up with jalapeños, pickled carrots, daikon, cilantro and sriracha. I got it on a salt bagel and damn if I didn't want another right after finishing it. The classic Reuben ($10) had me finger-licking like Rob Morrow in Quiz Show with its bubbe-endorsed blend of corned beef, sauerkraut, Swiss cheese and Thousand Island dressing. It begs to be enjoyed on an everything bagel, which Zacchini slices the tops off of for an added toasty crunch. Midday regimens are also being influenced by their pizza bagel ($7.50), comprising such A-list ingredients as Grande East Coast Blend mozzarella and organic Bianco DiNapoli tomatoes. They don't skimp on the pepperoni, either. 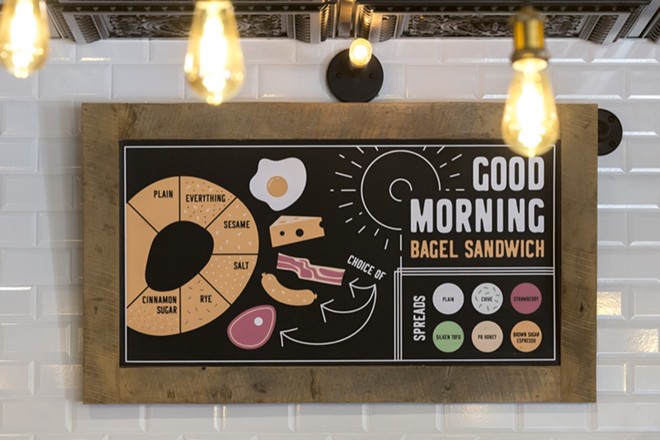 Of course, many folks will just want to grab a half-dozen bagels ($10) and some schmear and head home. As far as storage goes, I've made my bagels last by bagging them in freezer bags and leaving them on the counter – not in the refrigerator. I revive the bagels by sprinkling a bit of water on them and popping them into a toaster oven for a few minutes. Sometimes they come out perfectly; other times I resign myself to using them as hockey pucks, but whatever the outcome, I just tell myself to roll with the hole.

– This story appears in the Feb. 5, 2020, print issue of Orlando Weekly. Stay on top of Central Florida news and views with our weekly Headlines newsletter.